About Mobile Legends: Adventures in the Unknown

The publisher Moonton created the official sequel to Bang Bang, which included the plot that took place after his predecessor's. If you've played Bang Bang before, there are many things you'll recognise, and there are many new things to discover if you enjoy this MOBA game and want to learn more about the plot or the characters.

Amass a collection of characters

Continuing the tale of the Land of Dawn, this game introduces a new chapter in the game's plot. Your role in Bang Bang will be to follow the well-known heroes, fight in the war against the forces of evil, and safeguard the realm.

Heroes of the Adventure in Mobile Legends 1024x576

The most important key in winning this game is to amass a large number of powerful heroes. In Bang Bang, you will get the opportunity to encounter your favourite characters such as Roger, Dyrroth, Badang, Thamuz, and others. 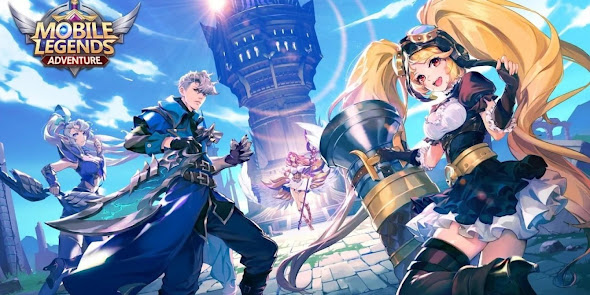 During the contest, Tactical Heroes are separated into six different power systems, each of which plays a different function in the game. For example, the Tanker plays a key position in the squad and takes the brunt of the enemy's damage; the Mage is a sorcerer with tremendous magical strength; the Marksman is a gunner who does significant physical damage; and so on. The abilities of the heroes are also redesigned to be more in line with those of a role-playing game.

In Mobile Legends: Adventure, having a solid plan is essential for success. You have the ability to swap any team member's position with another hero you possess. In my view, you should use a hero in the Support role since he has the power to heal and gives the entire team a rise in overall strength.

The heroes' physical strength is continually being increased. As in a MOBA game, heroes can enhance their stats by equipping Runes to boost their abilities. Furthermore, you have the option of equipping them with a variety of strong weapons and armour.

Both PvP and PvE modes are available.

When playing Mobile Legends: Adventure, players may pick between two different game modes: PvP Arena and Endless Tower Climbing. With Endless Tower Climbing, you may push yourself to your limits on a daily basis. After each level, your foes get more powerful, and you must improve your squad and adapt your tactics to keep up with them.

Furthermore, the PvP Arena is a location where you may compete against other online gamers. In a MOBA battle, you can use any 5 heroes to fight against other players, just as in a traditional game. The strategy is the most important factor in achieving victory. Sometimes, even the five most powerful heroes are unable to defeat a team of five heroes that each play a distinct function and are capable of overcoming their opponents' shortcomings. Defeat other players and work your way up the ranks to the top of the list.

Idle mode is a carefree state of mind.

In addition, there is another incredibly intriguing option in Mobile Legends: Adventure called Carefree Idle, which can be found in the main menu. When you play in this mode, your heroes will automatically combat enemies even if you are not connected to the internet. This mode should be opened just before you exit the game. Following that, gold and a variety of other incentives will be instantly transferred to your inventory the next time you check into the game.

The graphics in the game are really beautiful, despite the fact that they are only in 2D style. Instead of the original form, the characters have been recreated in a chibi style, which makes them appear incredibly charming and hilarious. Colors that pop, dazzling effects, and razor-sharp visuals. In addition, the music portion of the audio is incredibly dynamic, and the voice acting is extremely detailed.

Mobile Legends: Adventure APK for Android is available for download.

The game is a fantastic role-playing game, as well as an extra game that can take use of the storylines from Mobile Legends: Bang Bang. With only a few taps, you can demonstrate who has the greatest Mobile Legends: Adventure strategies.