Indus, a battle royale game developed in India, has revealed its plot and technical specifications.

SuperGaming, a Pune-based video game development team, has unveiled some fresh details about their forthcoming battle royale project, Indus. The game is expected to be released early this year and will be accessible on mobile devices, consoles, and the Windows PC platform. 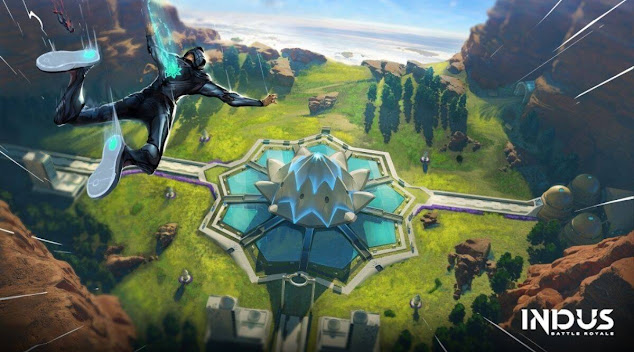 Before then, the business had produced a splash screen for the game, which suggested a futuristic concept with buildings that was based on Indian cultural traditions. CEO Roby John stated in a press statement that the company's "goal is to build on our extensive lore to create a world that is different yet approachable, replete with firearms and gameplay mechanisms you'd anticipate - with a few surprises we aim to unveil down the line."

The narrative component of Indus places you in the shoes of a Mythwalker, a hired mercenary working for the COVEN – an intergalactic organisation that has found an advanced world known as Indus – and who must protect it. It is a fabled region, unexplored by travellers, and it is the source of Cosmium, a natural resource with life-altering properties.

The idea is somewhat similar to Dune (both the book and the movie), in that a rare natural born resource has attracted the interest of a powerful organisation — in this case, the COVEN – who is attempting to mine and harvest it for their own selfish purposes.

The multiplayer battle royale part, on the other hand, takes place on Virlok, one of the island areas that is always shifting. Players may expect to discover and utilise assault guns, hand cannons, and snipers to remain alive among the other survivors, much like they would in most other shooters available on the market. It was also revealed on the company's official Discord account that they have released concept art for Ashvini, a double-barreled burst-fire sniper.

Indus will be available for free from the start of the game's debut and will use a similar revenue model to other live service games, with cosmetics and other stuff available for purchase via the game's in-app shop. It is still early days for the team, which means they have not yet determined progression features such as a battle pass or the overall levelling system.

Indus is a sandbox shooter that uses Unity as its base engine and an in-house "sandbox shooter tech stack" known as the Indus Engine. In the blog post, it is said that "- working with Unity, it is substantially easier and faster to target mobile devices due of its feature set, toolchain, and comparatively smaller runtime footprint compared to certain other commercially available game engines."

As of right now, SuperGaming has not specified the minimum system requirements for playing Indus on any of the platforms, however they have promised seamless operation on the majority of current devices.

At the present, Gameplay Indus is a first-person shooter, but the makers have plans to make it both an FPP and a TPP as the game proceeds in development. As with other shooters, you can anticipate a diverse selection of weapons to be available at launch. Assault rifles, hand cannons, and even snipers are examples of weapons that fall under this category, although they are not the only ones. Additionally, SuperGaming has shown the first piece of concept art for Ashvini, its double-barreled, burst-fire sniper weapon.

Mythwalker is a hired gun who works for COVEN, an interstellar syndicate that found an ancient yet technologically superior civilization known as Indus. Players assume the role of Mythwalker. Aware of the continuously altering environment and natural richness of the globe, COVEN has set its sights on it in order to harvest it for financial advantage. From this bit of mythology, it can be inferred that players will either have to work together to gather resources and combat residents of Indus or face off against each other in teams in order to acquire as much resources as possible and live till the finish.

The planet Indus remains a mystery to the vast majority of spacefaring civilizations. It is a cluster of islands that are untamed, undeveloped, and constantly changing. All of the action in Indus takes place on an ever-changing island terrain known as Virlok, which forces players to think on their feet and adapt their strategy to a constantly shifting environment.

Indus will be released on PC, mobile devices, and gaming consoles, according to SuperGaming. They issued a statement stating that they want to concentrate on providing a spectacular and cross-compatible experience for their mobile user-base instead. When the game becomes accessible, most major Android and iOS devices should be able to play it without a hitch.

Indus is a free-to-play game that may make use of Battle Passes and in-app payments to enhance the player's experience. The mechanisms of progression are still being worked out by the development team.

More information on the development team and Indus

For the most part, Indus is based around the Unity game engine, with a totally bespoke sandbox shooter tech stack dubbed the Indus Engine running on top of it. Because their team has previously had positive experiences working with Unity, as well as the simplicity with which mobile games can be developed in Unity, the development team intends to use their existing knowledge to create an iconic experience for both the Indian and global player-bases.

Despite the fact that there has been no announcement of a Beta for Indus, the development team is sure that a playable version will be ready by the end of 2022.