Welcome to the Metaverse, everyone! Virtual reality calls to the world of high technology.

The metaverse, one of the most popular concepts in the technology sector, can refer to a variety of topics. It might be a virtual universe in which the only limitation is one's own imagination. Alternatively, it may be a less imaginative location for holding business meetings without having to leave the house.

For the tech giants who have thrown their support behind this revolutionary concept, the metaverse may represent something more tangible: the next big opportunity to make a tonne of money.

After 15 years of riding the wave of mobile computing, which has transformed the world's largest technology companies into trillion-dollar behemoths, the industry's power brokers believe that controlling the doors into the metaverse and virtual reality will be the centrepiece of a new business, similar to how personal computers and web browsers were the centrepiece of a new business in the 1990s. 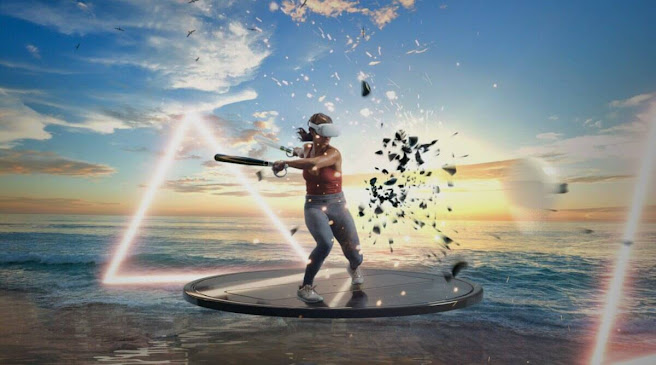 For the technology sector, fifteen years is a considerable period of time to wait for a new technological trend to emerge. Advances in artificial intelligence and quantum computing, for example, are taking longer to gain traction than many had hoped, despite widespread expectations that they would do so by now. Moreover, while the technology underlying cryptocurrencies and newer ideas such as decentralised computing seems promising, its popular appeal is still up in the air, according to some experts.

As a result, technology companies are rushing to offer the equipment that will allow customers to enter this virtual world and govern their experiences once they have entered it. For the first time in a long time, creating new things for the metaverse is attracting the type of attention that only comes around once in a while in any sector.

To express his enthusiasm for the metaverse, Mark Zuckerberg recently changed the name of his firm from Facebook to Meta, which has garnered widespread media attention. Google has been developing technologies linked to the metaverse for some years. Apple, possibly the most successful company to emerge from the mobile boom, is developing its own gadgets. In an effort to put a corporate gloss on the metaverse, Microsoft is making virtual reality headgear available to corporations and government organisations.

In the words of Matthew Ball, a venture investor and writer who has written extensively on this concept and the hype that has surrounded it, "Most firms now recognise that the metaverse is just around the corner." Though the store is a little ahead of the actuality of these technologies, it is a response to the enormous promise.

According to one research group, the market for metaverse technologies—which include video games, virtual reality headsets, and other upcoming devices and online services—will reach $49 billion in 2020 and will expand at a compound annual rate of more than 40%.

"This is the growth of the internet," said Alex Kipman, a Microsoft engineer who has spent more than a decade guiding this type of technology. It's important to engage if you're a large corporation like Microsoft.

Concentrating emphasis on the metaverse also helps firms such as Facebook to divert their attention away from their difficulties with content moderation, disinformation, and regulators accusing them of monopolistic behaviour and onto something else. However, it has the potential to bring traditional concerns like privacy and monitoring who does what to whom in a virtual environment back into the spotlight.

The concept of the metaverse is not new. The word was invented by science fiction writer Neal Stephenson in 1992, and the notion has become prevalent among video game publishers since then. For decades, massively multiplayer online games (MMOGs) have acted as virtual worlds where individuals may interact, speak, and conduct commerce with others. Some, like Second Life, an online craze that peaked more than a decade ago, were created solely as social places.

In a deal valued at more than $2 billion, Oculus, which produces virtual reality headsets — goggles that trick your brain into thinking you are in a digital world — was purchased by Facebook in 2014 for more than $2 billion. Facebook CEO Mark Zuckerberg began referring to virtual reality as the "next great computer platform," but it was difficult to determine when this would occur.

In a manner that games cannot, Zuckerberg claims that the metaverse will permeate daily life, providing new pathways for purchasing products and services, chatting with friends and family, and working collaboratively with colleagues. However, for the time being, Meta's headsets are inconvenient. They have the potential to make people ill. They fully obscure the eyes, isolating the wearer from the rest of their surroundings.

According to a source familiar with the project, Apple is one of the many businesses striving to develop these headsets, including one that is well-known for producing immensely successful, consumer-friendly gadgets. However, there are physical limits that prevent the technology from progressing.

According to the source, Apple's prototype, which resembles ski goggles, necessitates the use of extra gear that connects to the headset and must be worn somewhere else on the body. Apple did not respond to a request for comment.

The ultimate realisation of Zuckerberg's vision, according to many experts, will only be possible with lightweight eyeglasses that can overlay digital pictures onto what you see in the real world, a phenomenon known as "augmented reality."

While walking down the street, individuals might check the latest sports scores on a digital display that appears to float in front of their faces. They may convene a meeting with individuals who are sitting right next to them, as well as with others who are not.

Google is one of the companies working on this type of eyewear. More than three years after the launch of Google Glass, the smart glasses that drew widespread condemnation for their geeky aesthetic and cavalier approach to personal privacy, the corporation is working on a new project.

Last year, Google acquired a business named North, which had obtained a large number of patents related to a smart-glasses project that had begun at computer chip giant Intel. North was founded by former Intel employees. The glasses were able to display digital pictures directly into the eyes of anyone who wore them, and despite the fact that they were far heavier than standard spectacles, early testers reported that they were relatively comfortable. Google did not respond to a request for comment.

However, whether or not what IT companies are portraying will have widespread appeal is still up in the air. According to Nikhil Balram, who worked at Google until November last year overseeing the development of virtual and augmented reality hardware, virtual reality that completely covers the eyes "is something you will use for certain tasks — and the experience might be amazing — but it is not something for the general public."

An early version of Intel's augmented reality project, called Vaunt, was developed and tested with users. A recent interview with the project's director, Jerry Bautista, revealed that not only did this technology show tremendous promise in terms of being a personal technology that people wanted to use, but it also showed great promise as a new kind of computing platform that could generate new sources of revenue.

He explained that his company was "giving away the gear, but generating money from the data." "We were generating three dollars in software and data sales for every dollar we spent on hardware," says the company.

Experts, on the other hand, believe that mastering this technology may take a decade, if not more. Although some augmented reality glasses are as thin and light as traditional eyeglasses, they do not currently have the computer power necessary to create the realistic yet unobtrusive pictures that would be required for everyday usage.

"It sometimes feels like the phrase '10 years' is code for 'I have no idea,'" said Balram, who left Google to work at EyeWay Vision, which is developing augmented reality glasses.

The Vaunt project was shut down by Intel in 2018, after which the company sold several of its patents to North, a startup that was later bought by Google. Ultimately, according to Bautista, the corporation determined that it was simply too tough to address all of the issues around the technology at hand.

The idea, he explained, might wind up hurting the company's bottom line more than it would have benefited it because of privacy rules in Europe and other areas of the world. He estimates that 3% of the company's annual revenue could be jeopardized.

In the present day, many of the world's most prominent technology businesses are confronted with the same issues.

"We have the ability to produce incredible things," Bautista stated. "The hardware is not the most difficult component." The business models themselves are not difficult to develop. The difficult aspect is not figuring out how to make use of these technologies. "The difficult element is determining what will happen if the information is leaked."