Can 5G in the C-band have a genuine impact on flights?

Numerous airlines have delayed flights to the United States in the last week due to concerns that the forthcoming 5G C-band deployment will have an impact on safety on many routes. Despite the fact that 5G services have been available in the United States and at least 40 other nations for the past couple of years, these fresh concerns about the mid-band frequency have the potential to impede the spread of this next generation telecom technology in a number of regions.

What exactly is the C-band?

An electromagnetic band is a specific set of frequencies in the radio frequency (RF) spectrum, which is separated into ranges ranging from very low frequencies (vlf) to extremely high frequencies (ehf) (ehf). Each band has an upper and lower frequency limit that is predetermined. In the United States, governmental institutions such as the Federal Communications Commission (FCC) manage radio spectrum since it is a valuable resource. 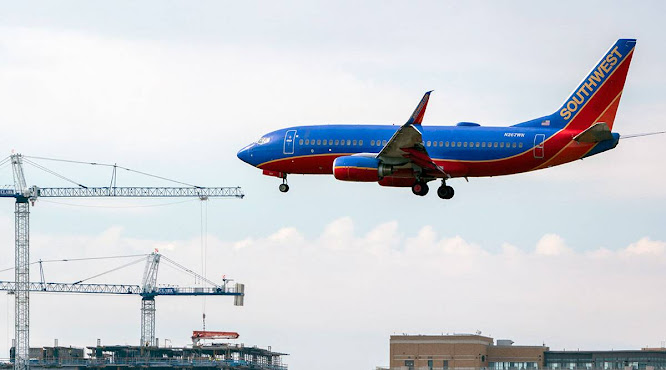 C-band refers to a radio frequency band that ranges between 3.7 and 4.2 GHz. As Pulkit Pandey, Associate Principal Analyst at Gartner, said to IndianExpress.com, "C-band is not a new frequency; it is a part of the mid-band spectrum." "Each nation has its own set of restrictions, and the spectrum deployment is being planned in compliance with those rules."

C-band is already in widespread usage throughout the world, making it the most widely used 5G frequency band. The International Telecommunication Union (ITU) divides the C-band into three subsets: band n77, band n78, and band n79. According to the ITU, the C-band is divided into three subsets: band n77, band 78, and band 79. While the EU will utilise n78, which operates in the range of 3.3 to 3.8GHz, the United States will use n77, which operates in a wider band that ranges from 3.3 to 4.2GHz. Japan is already utilising band n77. In the United States, C-band is supported by all major flagship smartphones, including the Galaxy S21 series, Galaxy Fold range, iPhone 13 and Google Pixel 6.


What is it about C-band that has the airlines so concerned?

Originally scheduled to launch 5G services on C-band frequencies in December last year, both AT&T and Verizon voluntarily decided to delay the launch for two weeks after the Federal Aviation Administration and the airline industry expressed concerns about potential interference with aeroplane safety mechanisms caused by 5G deployments on C-band frequencies.


"Right now, the entire discussion is between the altimeter and the frequency," Pandey said. An altimeter that operates in the range of C-Band frequencies 4.2 and 4.4GHz not only provides information about the aircraft's height, but it also filters out other frequencies that interfere with the signal. In low-visibility circumstances such as rain, fog, and thick snow, this instrument is crucial for safely landing aeroplanes on the ground. However, there is concern that they are not intended to be utilised in the same frequency spectrum as the 5G networks.

Pandey stated that it is not yet known whether or not the altimeters would be able to filter out interference from 5G networks, which is particularly important when planes land. Because the United States has over 130,000 tiny single-engine aircraft, the concerns are not restricted to large commercial aircraft.

When asked about airline flights being stopped in over 40 nations where identical 5G services are being introduced, the CTIA, the wireless industry's major lobbying arm, responded by stating that this is not the case. That said, it is worth noting that those countries have also taken precautionary measures to reduce the risk of potential negative effects on aircraft safety equipment, either by relocating 5G towers and receiver locations away from runways or by lowering the power of 5G to prevent aircraft interference.

For the time being, AT&T and Verizon have agreed to temporarily restrict the deployment of 5G C-band spectrum near airports, but 5G towers in other parts of the country will be able to transmit C-band airwaves starting on January 19.

Meanwhile, the Federal Aviation Administration is determining whether radio altimeters are capable of filtering out signals from future 5G transmitters. The Federal Aviation Administration currently believes that 78 percent of the United States' commercial aircraft has been authorised to land at airports equipped with 5G C-band, even in limited visibility. However, other opponents dispute the timeliness of the decision, claiming that the government agency could have validated the information while the spectrum was being auctioned off earlier in the year.