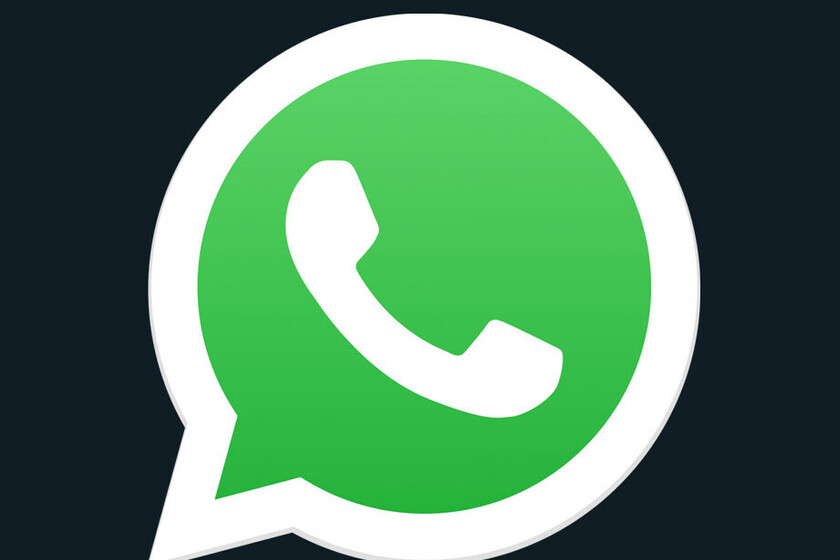 Currently, it is not only possible use WhatsApp on mobileWe can also use the messaging application on a computer or tablet as long as we use WhatsApp Web and our phone for this, since the rest of the devices only reflect the content of the smartphone where we have the account installed.

The real multi-device support -which is already supported by other services such as Telegram- is one of the functions most demanded by users and it has been leaked numerous times. Well, it seems that Mark Zuckerberg's company has finally decided to listen to the prayers and will soon allow connecting to the same WhatsApp number on several phones to send messages even if the personal mobile does not have Internet.


Synchronization without battery and without internet connection 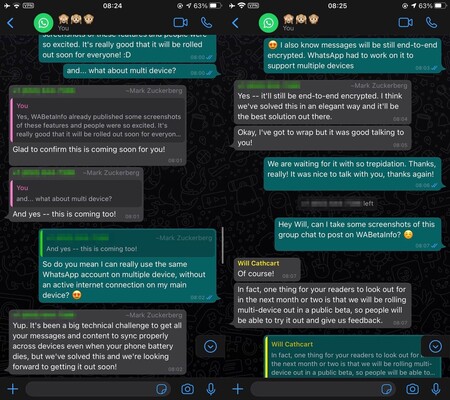 Screenshots of the conversation between Zuckerberg and WaBetaInfo

It has been the CEO of Facebook himself who has confirmed to WABetaInfo, new features coming soon to the most popular messaging platform in the world. And how has he done it? Precisely, in a conversation that began with the CEO of WhatsApp, Will Cathcart, and which was later joined by Mark Zuckerberg.

The executive commented that, after having implemented temporary messages, they are working on the development of other functions to increase the privacy of chats and messages. It is an ephemeral mode where the user can choose to have all chats open with temporary messages activated by default. In addition, it will be possible to send multimedia content that can only be opened once and then it will disappear. 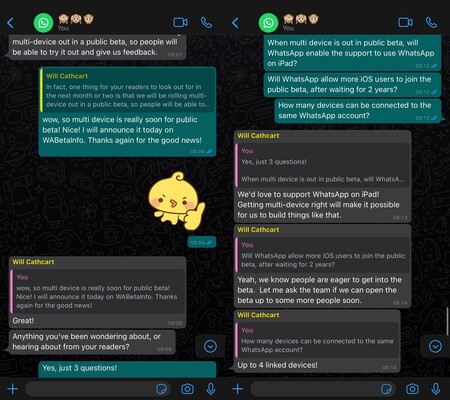 Screenshots of the conversation between Will Cathcart and WABetaInfo

Zuckerberg also confirmed that WhatsApp is working on the possibility of use the same WhatsApp account on different deviceseven without an active internet connection. "It has been a great technical challenge to synchronize all the messages and content," he said.

Will Cathcart, for his part, explained that this multi-device function will be implemented in a public beta in a month or two and that it will support up to a maximum of four paired devices (including an iPad). He also ensured that all messages will continue to maintain end-to-end encryption and will be automatically synchronized even if any of the added phones are turned off due to lack of battery.