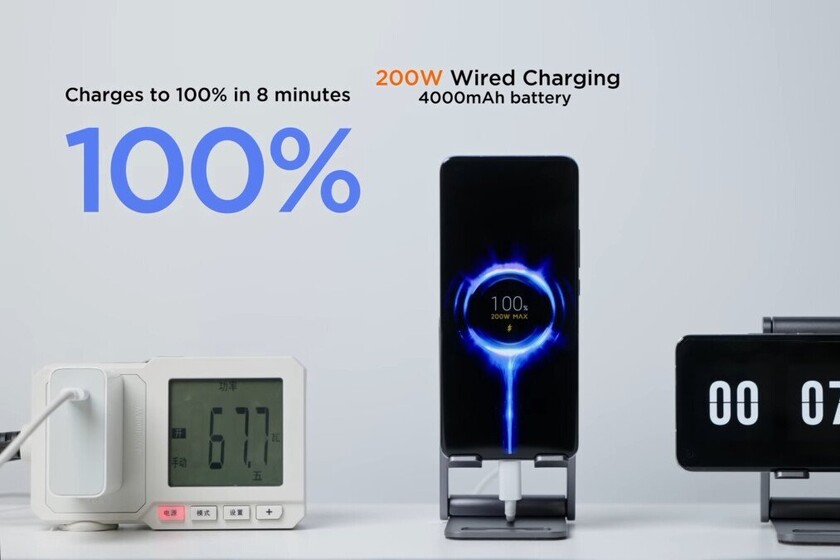 Fast charging in mobile phones does not stop evolving and right now the ceiling is, worth the redundancy, on the roof of Xiaomi with its 200W maximum load. A fast charge powered by the dual batteries that begin to impose themselves more and more clearly and that allows charge 4,000 mAh from 0 to 100 in just 8 minutes.

But these fast charges carry within them the seed of their own weakness, and that is that they cause an increase in temperature at the time of charging that tends to degrade the batteries themselves. However, Xiaomi has wanted to overcome doubts about its new fast charge and has stated that the degradation is far from being drastic: We will only lose 20% of battery in two years of use. 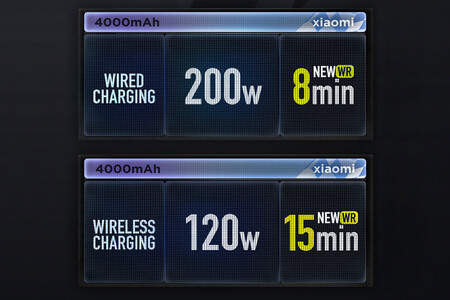 The useful life of the batteries is reduced, as we have commented, as a consequence of the extra temperature that fast charges bring (Among other factors, of course, but this is the most notable). Hence, it is usually recommended to reduce the speed of this charge if we do not need to use the phone immediately, thus extending the useful life of the internal battery of our mobile phone.

Thus, the usual thing is that the batteries lose efficiency as we carry out full or partial charges of their stored energy, and changing the battery becomes one of the most common and necessary maintenance when we are going to have a phone in property for a long time. Now, Xiaomi claims that its fast charge is far from aggressive with the battery and that maintains its useful life almost as if we were not applying this loading speed.

According to the oriental manufacturer in a series of questions and answers carried out on his Weibo account, the 200W fast charge designed by his company is capable of maintaining 80% of the useful life of an internal battery after 800 cycles of load. This would mean lose only 20% efficiency in approximately two years of life of a mobile phone, or two years and two months with daily charge.

Undoubtedly, quite satisfactory figures that will logically have to be tested, but which exceed the minimum required by the authorities of your country. In China, it is specified that the country's standards require maintaining 60% of the efficiency of a battery after 400 cycles. It is clear that Xiaomi's charging system appears to be considerably more respectful with the life of the batteries than what is required in the country.

To all this, logically, we must add to carry out correct battery maintenance it includes executing other processes and that not everything happens to determine what loading speed is the one used at all times. Charging a phone at night at 5W seems to work in order to maintain the life of an internal battery, and it also seems that the effects of Xiaomi's 200W fast charge will not be much more damaging. This is what Xiaomi says, of course.