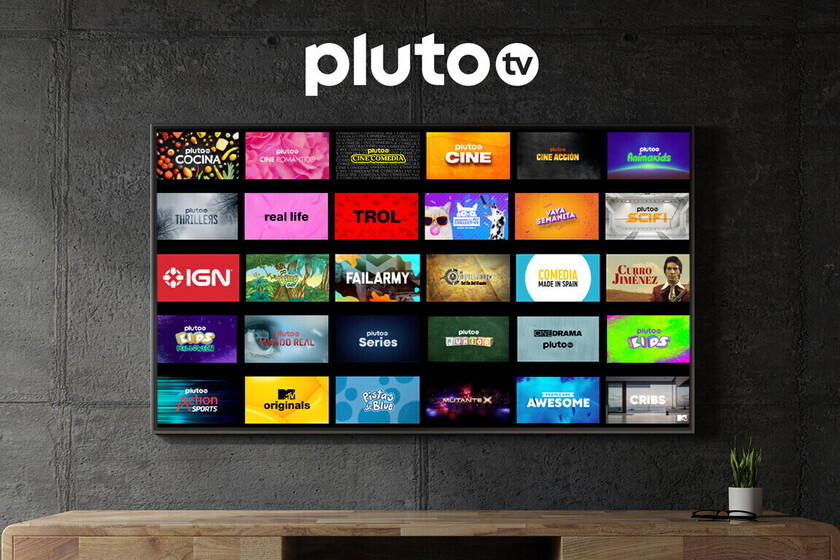 More and more the consumption of audiovisual content is transferred from the television to the computer or the mobile phone and this change in habits that is increasingly marked among the younger population has led to the emergence of services such as Pluto TV. A platform well known by many that we want to delve into.

In this article we are going to explain what it is and how to use Pluto TV, what is its reason for being, how it can exist taking into account its particularities and, also, how you will be able to enjoy its more than sixty free TV channels without registration of any kind.

What is Pluto TV 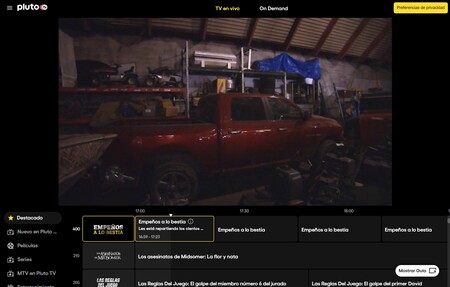 Pluto TV is a internet television platform operated by ViacomCBS Streaming, a company owned by ViacomCBS since January 2019. The service, which began in 2013 with its foundation, is available on more than a dozen platforms: website, applications for Android and iOS, Apple TV, Amazon Fire TV, Android TV, Chromecast, Xbox One or PlayStation 4. And it can also be enjoyed on Kodi.

This service is mainly organized around channels that broadcast a content offer in a linear way, as if it were a conventional television channel. We can connect to them, which are usually thematic, and enjoy their programming, in addition to checking on the grid what content they broadcast and at what times.

Pluto TV offers both channels that broadcast in a linear way, with programming like that of television channels, as well as content on demand in the form of movies, series or documentaries.

We are talking about more than sixty channels at the time of writing this article, although those responsible they hope to reach a hundred during 2021.

In addition, in Pluto TV we also have a section of content on demand where we can find television series, films and documentaries.

What if, everything is free and without registration. Pluto TV bases its business on the insertion of advertisements during broadcasts, again as in traditional television networks, although if we are used to the classic television ad units we will find that those of the platform are shorter and more bearable in comparison. .

How to watch Pluto TV 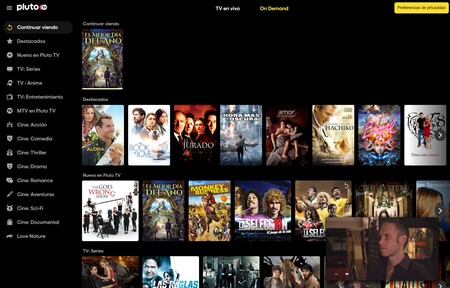 To see Pluto TV We only need to install your application on our devices or, from our computer, visit their website: pluto.tv. As we said, without registration or any procedure, the web will start in one of the platform's channels.

To change channels, we only need to scroll through the channels and their programming, which appears at the bottom of the interface. A programming guide that we can expand. On the other hand, we can also choose to navigate between the channel offer through the sections that we find in the right column.

To watch and use Pluto TV, you don't even need to register on the platform: just log in

Finally, we must know that by clicking on the three parallel horizontal lines in the upper right, we can access the menu and content on demand. Here we will find an interface that will be familiar to us because it organizes the offer like other audiovisual content platforms on demand such as Netflix or Amazon Prime Video.