What is Fastly, and why when it has failed, the Internet has crashed

This Tuesday, June 8, the Internet was down after a failure in the performance of the CDN services of the Fastly network. Is about a beastly drop in multiple internet services that has caused chaos by taking out sites like Amazon, Spotify, Reddit, GitHub, Vimeo, or Twitch, among many others.

If the name "Fastly" is unfamiliar to you, or you are wondering why a failure in a service that perhaps you had never heard of has taken half the Internet through, this is the answer:

A story we've lived before, but with Cloudflare 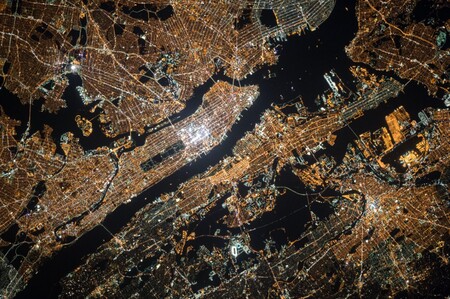 The crash caused by a problem in Fastly is not the first (and surely not the last) of its style. You might remember a famous incident in 2019, when a small business network configuration error in the US brought Cloudflare down, and it was terminated affecting a large portion of the entire internet.

This is because both Cloudflare and Fastly offer Content Delivery Network (CDN) services. A CDN is basically a bunch of networks of servers distributed around the world where the data, applications and services that we access remotely live.

Most of the services and sites that we use on the Internet constantly depend on a CDN because they are essential to be able to access them quickly. Because of the way the Internet works (computers connected to each other), the further geographically the computer is with the content we want to access, the slower the transmission will be.

CDNs solve this creating networks distributed optimally throughout the planet, which cache the content of the websites that hire their services. In this way, my website in Spain can offer its content to a user in Peru or Japan as if it had a server on those sites, or very close to them, with the best possible connection speeds.

The problem is that, since it is these CDNs that are in charge of distributing the content in an optimal way around the world, if they are affected, there is basically no way to deliver the content and they pass massive drops that leave out a lot of webs.

Fastly is a nearly $ 6 billion company 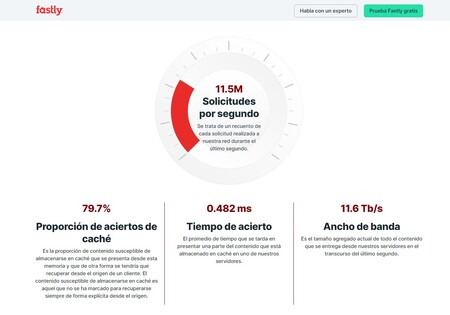 Since CDNs are an essential part of the Internet infrastructure, they are used by basically any service you've ever heard of on the web. Some of the best known CDNs are Cloudflare, CloudFront by Amazon Web Services, Akamai, and Fastly.

Fastly in particular is quite popular with major media sites, in fact they use BuzzFeed and The New York Times as two of their biggest clients in that space as an example.

The company is relatively young, was founded in 2010 and it barely went public in 2019. However, it is currently valued at US $ 5.87 billion. Since 2017 they offer what they call their "edge cloud plaftorm" that has image optimization, load balancing and WAF (web application firewall).

The platform claims to handle more than 800,000 million requests daily, and have a network capacity of up to 130 Tbit / s, with 58 Tbps of global capacity connected. Fastly's network spans North America, South America, Europe, Africa, Asia, Australia, and New Zealand.