Twitch, Amazon, Reddit, Spotify and other websites are experiencing problems

Multiple high profile websites are experiencing crashes right now. The websites of platforms such as Twitch and Reddit are completely inaccessible in Spain, and in the rest of the world failures are being reported in Amazon, Paypal, GitHub, Twitter, Spotify and more.

The apparent culprit appears to be a problem with the Fastly network, which they announced a few minutes ago. problem in the performance of your CDN services, and that they continue to investigate. The ruling appears to affect some regions of the United States, multiple countries in Europe, and some in the Asian region.

From Amazon Web Services, to social networks and fallen media 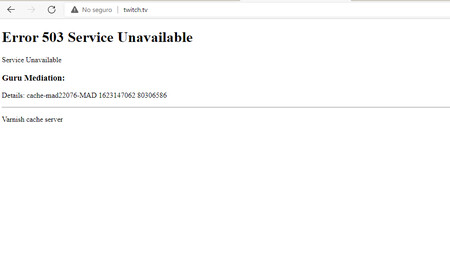 From the websites downdetector.es and downdetector.com it is possible to check all of them quite immediately. the sites that are being affected and the increase in bug reports. Even platforms like Amazon Web Services are struggling right now.

In Spain it is not possible to access at this time from some operators to sites such as: