This is the new Android 12 shutdown menu, now integrated into the quick settings

Android 12 Beta 2 is here, and with it a new wave of novelties that brings us this second beta of what will be one of the most important renovations of Google's mobile operating system.

With Android 12 Beta 2 come some of the news that were pending, such as its new options and privacy improvements, but there are also other news that were not announced last month during Google I / O 2021, such as the renew your shutdown menu.


A new way to turn off your mobile with Android 12

Until now, if we wanted to turn off the mobile, natively we could only do it by holding down the power button. With Android 12 Beta 2 this changes, since Google integrates the shutdown menu in the quick settings. 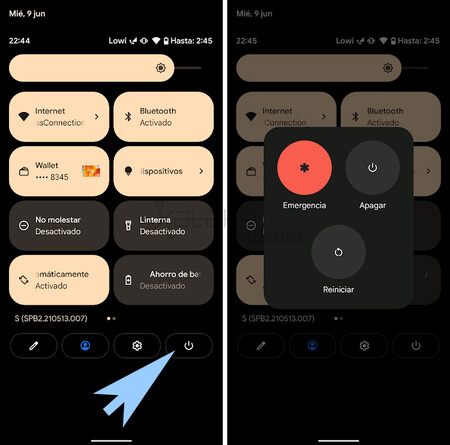 When fully displaying the quick settings bar we will see the new off button. Pressing it will activate the new shutdown menu, which eliminates its integration with Google Pay and device control from Google Home and co. 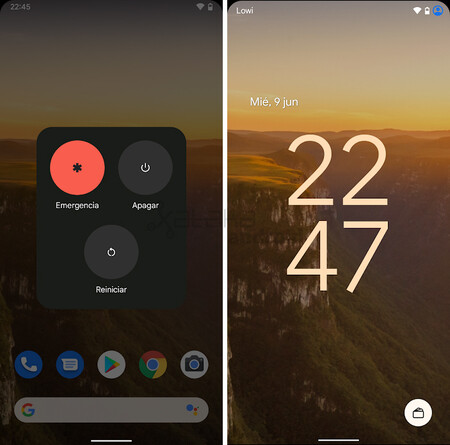 Now the shortcuts to Google Pay and to home device control they find each other in quick settings. In the lock screen We also find in the lower right a direct access to Google Pay, which can be customized to control home devices.

The renewed shutdown menu shows by default three options: Emergency, Shutdown and Restart. A long press on the shutdown or restart buttons will activate the "Restart in safe mode" option. 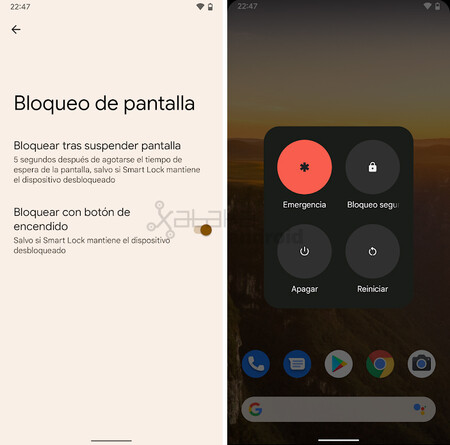 In the screen lock settings we can activate a fourth option: Secure lock, which what it does is activate the lock screen, in case we want to lock its screen but without having to turn off its screen first.