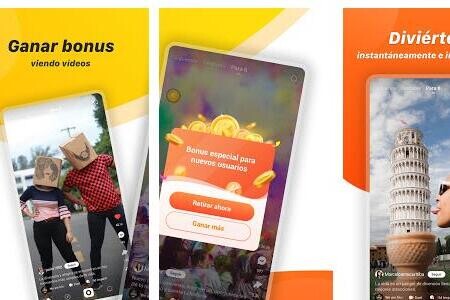 In addition to the competitors that TikTok can find among traditional social networks, there is a lesser known rival but with an alternative that may be interesting to an important part of the audience: Kuaishou, who is already his biggest rival in China and whose peculiarity is that he uses open source software. The platform it has already spread around the world under the name of Kwai, Latin America being an important bet.

According to ZDnet, the Kuaishou group's app was successfully floated on the Hong Kong stock exchange, and it has just announced that it has become a licensee and community member of the Open Invention Network (OIN) community, which is the largest patent consortium that exists to license them free to its members. The platform protects Linux and open source software, as well as the companies behind these software programs, from attacks on patents.

Kuaishou, although not yet known in Europe, but following TikTok in fame within China, in March of this year it had 265 million daily users and each spent an average of almost 90 minutes every day connected to the platform, according to The Wall Street Journal, which highlights its growth in the last year. The brand is betting heavily on the markets of Latin America, after Asia.

It should be remembered that Kwai was created in 2011, long before Vine (now defunct with that name, but has regressed baptized as Byte), TikTok and Reels. This application of Chinese origin achieved 10 million local users in its first four years.

The importance of open source for social platforms

Hongyi Jia, General Counsel of Kuaishou, stated, "We strive to be the Leading short video social platform and community for all users to record and share their lives. Linux and open source are fundamental elements in the technologies that we develop and integrate into our platform. "It should be said that TikTok also uses open source software extensively in its application. But TikTok has not yet joined the OIN.

Why do they both use so much open source? The CEO of the OIN, Keith Bergelt, believes that "social media has transformed the way people communicate and do business. Linux and open source technology are the foundation of major social media platforms"By joining the Organization, Kuaishou's intellectual property news will be better protected against the risk of its patents being copied.

You don't have to be a giant corporation to reap the benefits of OIN membership. The OIN community practices patent nonaggression on the Linux kernel and open source technologies. The Patents owned by the Open Invention Network are also licensed royalty-free to any organization that agrees not to enforce its patents against the Linux System., as ZDnet explains.

The Chinese firm Kuaishou landed in various markets in Latin America under the name of Kwai. It started in Brazil and in recent months has reached new places like Mexico. Its hook for differentiating itself in the social media market is that it promises content consumers to be able to make money from it.

In principle, if you see Kwai's description, they could also be talking about TikTok: "it is a social network of short videos and trends". As a user, it encourages you to discover "funny short videos", contribute "to the virtual community with recordings, videos of your life, playing daily challenges or with likes to the best memes and videos "and share" your life with short videos and choose from dozens of magical effects and filters for them. "

Its main differentiation from TikTok is that some ads that users from countries like Mexico where it landed a couple of months ago, claim that through this application you can earn from an extra income even others who suggest that using the app could become the source of employment. That is, it says that it pays money to those who consume the content.

In practice, a user can get some income, but in reality it is of small amounts. As explained from Xataka Mexico, Keith Hernández, general director for South America of the platform, said that this referral program it is done by means of an individual code that users can share with other people to invite to download and use the app.

This program to earn money started working for a period of one month. Each user can earn internal tokens for opening the application daily and exchanging it for a balance that can be withdrawn. The amount that can be received is a maximum of 100 pesos per day (4.11 euros) and the minimum of 1 peso. The doubts caused by this system have even led to the creation of applications on Google Play that promise you information to know how to monetize your use of this social network.

The platform anticipated that its plan was to launch some e-commerce and gifting functionalities series.