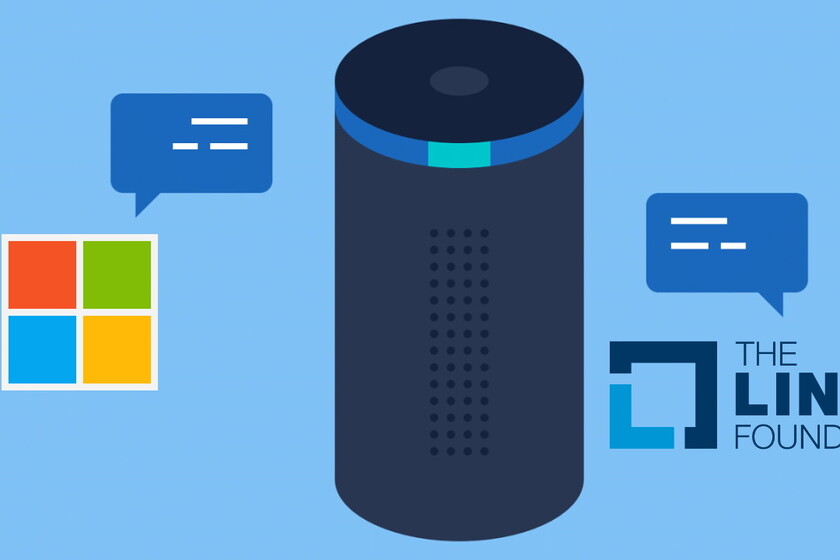 "Voice will soon become a common interface for all digital devices [...] Open Voice Network was born as an industry association, neutral and non-profit, dedicated to the development of open standards and ethical use guidelines that will make the [tecnología basada en] the voice is worthy of the trust of the user. "

The creation of the Open Voice Network corresponds to an initiative sponsored by the Linux Foundation —And which also includes Target, Schwarz Gruppe, Wegmans Food Markets, Microsoft, Veritone and Deutsche Telekom—, aimed at promoting both the development of voice technology and the privacy of its users.

According to the OVN, this objective is to promote good practices within the industry and to work with existing business associations to solve current regulatory problems.

Regulatory problems that will have to take into account that "voice-based technology" is, in turn, a broad set of technologies ranging from automatic speech recognition to machine learning, through natural language processing or advanced dialogue management.

In any case, the fact that all these companies have joined the initiative means that they are committed to "supporting its research, awareness-raising and promotional activities" and to "actively participating in its symposia and workshops." In the words of Joel Crabb, vice president of Target,

"Given the role of the Linux Foundation in advancing open source, it is the perfect setting to launch this initiative."

In other times, it would have been very shocking to see this foundation hand in hand with Microsoft, but for some time both entities have been working together in different areas. Thus, Ali Dalloul, CEO of AI at Microsoft Azure, highlights the importance of allowing as many voice-based devices as possible "to interact openly and safe from each other. "

In the words of Mike Dolan, CEO of the Linux Foundation, this technology

"connects users to billions of websites, smart environments, and AI bots. Every time it expands beyond smart speakers to include apps in cars, smartphones and home electronics of all kinds. "

Dolan affirms that it will be the commitment to open standards that will consolidate voice-based technologies in both the corporate and domestic spheres. "We are excited about welcome it under the open governance model of the Linux Foundation", which will allow to collect contributions from the entire developer community.