When it was first released in 2010, Instagram was a single stream of photos in chronological order. But as more people have joined the platform and as the content has increased, the social network has been including its algorithms so that users can see what Instagram thinks may be of interest.

These algorithms are an enigma. Especially content creators who want to reach a larger audience. Adam Mosseri, leader of Instagram, has published some information about it. "It's hard trust what you don't understand. We want to better explain how Instagram works"said Mosseri, who is an Israeli-American businessman. A spoiler: He is not going to talk about how to get more followers or whether popular profile posts reach more people.

Just that post on the company's official blog comes after a controversy a few days ago: Instagram said that was going to make changes to its algorithm in order that viral posts and currently have greater visibility as a reaction to the complaints they had been receiving from their community and, more recently, from a group of employees who complained about the low visibility of pro-Palestinian content.

Each part of the app - Feed, Explore, Reels - uses its own algorithm, which Mosseri says is tailored to the way people use it. Users, according to the representative of the social network, tend to look for their closest friends in Stories, but want to discover something totally new in Explore. "We classify things differently in different parts of the app, based on how people use them." 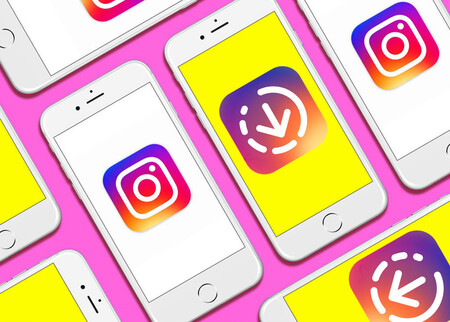 Instagram maintains the Feed and Stories so that users see the content of their friends, their family and those close to them. In this case, the operation of the classification algorithms can be divided into steps. In that case, recent posts shared by the people you follow are prioritized.

Next, Instagram takes all the information we have about what has been published, the people who have published it and your preferences. "We call this 'signs', and many. They include everything, from the time a post was shared to whether you're using a phone or the web, to how often you like videos"says the leader of the platform. These are important in different order.

On the other hand, the information about the person who has published it is taken into account. "This helps us get an idea of ​​how interesting the person can be for you, and includes signals such as the number of times people have interacted with that person in the last few weeks, "the post says.

Your activity is also taken into account with aspects such as the number of posts that you liked or your history of interaction with someone. This gives us an idea of ​​your general interest in seeing the posts of a particular person. An example is whether or not you comment on the other's posts.

Adam Mosseri goes on to explain that "from there we make a series of predictions. These are guesses about how likely you are to interact with a post in different ways. There are about a dozen of them. In Feed, The five interactions that we observe the most are the probability that you spend a few seconds on a post, that you comment on it, that you like it, that that you save it and the one that you touch the profile photo.

On the other hand, there are some cases where other considerations are taken into account. For example, they avoid show too many posts from the same person in a row. Another example is Stories that have been 'shared' from Feed: until recently, we valued these Stories less, because we've constantly heard that people are more interested in seeing original Stories. But we see a surge of posts being forwarded at important times and at that time people expected their Stories to reach more people than they did, so we stopped doing it, "they explain from Instagram.

Types of posts that Instagram will remove visibility from 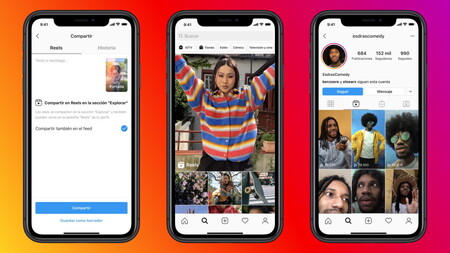 On the one hand, when someone publishes something that goes against the guidelines of the community and the social network discovers and identifies it as such, there will be less visibility. And indeed, if something like this happens often, your account could be suspended. "

Another case is misinformation. If you post something that third-party fact-checkers label as disinformation, it won't be removed, e.g.But if a tag is applied and Instagram places the post further back in Feed and Stories. "If you've posted misinformation multiple times, we can make all your content harder to find," they say from Instagram.

Explore, the menu made up of recommendations, was launched so that the user can discover new accounts that they do not know. "To find photos and videos that may interest you, we look at signals like the posts you liked, saved and commented on in the past, "says Mosseri.

For example, you have liked several photos of a cook. Next, Instagram see who else likes the photos of this poerfil, and then what other accounts those people are interested in.

Personally, the recommendations I receive are about topics that have never interested me, so this statement by Instagram is curious. It may be that they show me information about what my friends and friends like.

"The best way to guess your interest in something is predict how likely you are to do something with the post. The most important actions we predict in Explore include "Like," "Save," and "Share," "as explained by the manager.

On the other hand, if you see something offensive on Explore from someone you've never heard of, Instagram has Community Guidelines with rules on what's recommended on Explore. We call them "Recommendation Guidelines." These include things like avoiding potentially annoying or sensitive posts, such as the use of tobacco or vaping, the executive himself has given as examples.

Reels are designed to entertain. Like Explore, most of what you see comes from accounts you don't follow. "So we go through a very similar process where we first look for videos that we think you might like." The The main difference here is that there are surveys of users about the content that they enjoy the most.

For future recommendations, they are based on the likes you have given, if you entered a profile of the author of a Reel, or if you saved the publication. It must be remembered that a few months ago the platform warned that certain content they would have less visibility like those with a Tiktok watermark.