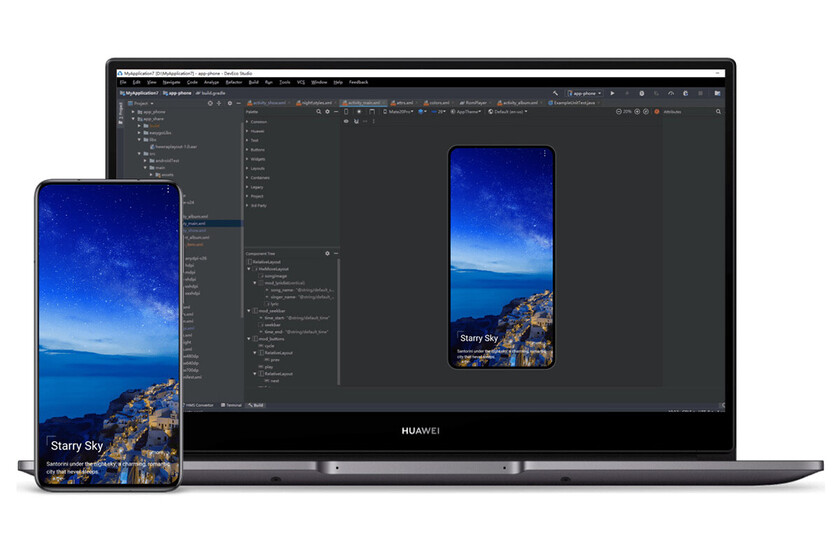 Huawei has once again introduced us to HarmonyOS, after doing the same a couple of years ago, this time in the hands of a lot of devices with HarmonyOS inside. None of them is a mobile And it is that, although the Huawei P50 have made a brief appearance in the presentation, they have limited themselves to showing an image without details or release date.

HarmonyOS has been described on several occasions as Huawei's Plan B to weather the storm caused by the US veto, although two years after its first presentation and four years after the start of its development, it still does not come standard in a new release. To the operating system for everything the main reason for his existence chokes him: mobile.

According to statements collected by Huawei Central, the development of its own operating system by Huawei began in 2012, although during its first official presentation, in 2019, a more conservative date was given: it had two years in development, that is, since 2017. However, the veto of the United States was the trigger that accelerated the process.

HarmonyOS was presented as a microkernel operating system, the same concept as Google's also mysterious Fuchsia. This microkernel includes the basics and common to all devices and components are added to add compatibility with countless hardware. In practice, it allows the operating system adapt to all kinds of devices.

Huawei announced HarmonyOS in 2019, but claimed to have been working on this operating system for years for everything. Also mobile.

In a progressive deployment, HarmonyOS first reached Honor televisions and later integrated into routers and other gadgets. The operating system officially supports smart car displays, watches, headphones, mobiles, tablets, and basically any smart device. The more complex mobile version was expected by the end of 2020, and first in China.

Indeed, HarmonyOS was officially launched as a mobile beta in December 2020, although limited to China and for five devices: four mobiles and a tablet, to which a couple more were later added. HarmonyOS could be installed in beta form on these terminals, although it was practically indistinguishable from Android. Later analysis with its emulated version revealed that, in essence, HarmonyOS was Android.

We come to today, June 2, the great HarmonyOS party. Two years after its debut, Huawei seems to be satisfied enough with its OS to present it again not as an idea, but as a finished product or almost. It comes with a lot of new releases with HarmonyOS, but the mobiles will have to wait. 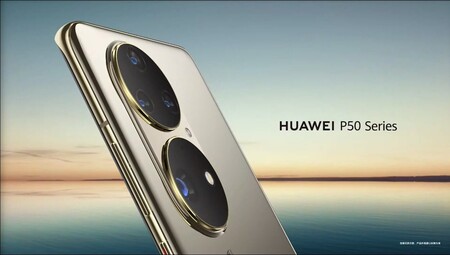 This image is everything we have seen of the P50 in the presentation. No date or more details

HarmonyOS everywhere ... except on mobile

To be fair, Huawei has been introducing HarmonyOS to all kinds of devices for a long time, but today is the first time it has done a multi-launch. We have HarmonyOS in Huawei Watch 3 and Huawei Watch 3 Pro watches, Huawei Freebuds 4 earphones have lower latency in conjunction with HarmonyOS. We also have it in the Huawei MatePad 11 and the Huawei MatePad Pro, but the great absentee is the mobile. There has been no mobile launch with HarmonyOS, just a small sneak peek to the future P50 series.

Huawei has announced several devices with or compatible with HarmonyOS, but none is a mobile

Within China, HarmonyOS is available in beta form for the Huawei P40, Huawei Mate 30, Huawei Mate 40, Huawei Mate X2 and Huawei MatePad Pro, but outside its borders plan B against Android does not reach the main Android market, mobile. Inside or outside of China, Huawei has not yet launched any mobile that comes with HarmonyOS pre-installed.

The estimated date for the first mobile with HarmonyOS is still sometime in 2021, but they have not given any details of the Huawei P50 in today's presentation, one of the main pillars that support its mere existence is still missing. HarmonyOS It was created to replace Android on mobiles, the division that is worst in the post-veto era. 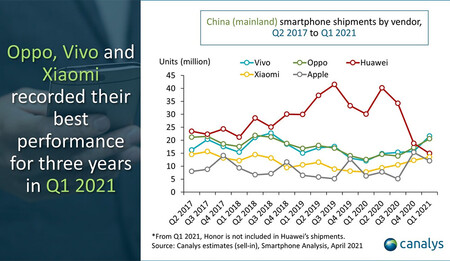 In return, we have HarmonyOS in televisions, smart watches, routers and headphones, all of them devices that generally do not pay much attention to what operating system they carry as long as they work correctly. Huawei used already a system of its own for its smartwatch, Huawei Lite OS, so the replacement is not really Android, but the other solutions.

If the idea was to sell more mobiles by not depending on Android, it is still not working. HarmonyOS has only been launched as an alternative to EMUI on already launched terminals

HarmonyOS for mobile is moving forward, that's clear. The company has renamed the Weibo profile from EMUI to HarmonyOS, which basically leaves EMUI for dead and buried. Now, at the moment that plan to replace Android with something "up to 60% faster" seems to have lost some steam along the way. In return, we have a possible change from EMUI to HarmonyOS in terminals already launched.

Against this background, the big question that remains in the air is whether Huawei inflated the importance of HarmonyOS in the beginning or if in the end it has decided to lower the bar to settle for replacing EMUI instead of Android. What is the use of creating an operating system to be able to continue selling mobiles, if mobiles are not sold with it? We will have to keep waiting to be able to say that "the first mobile with HarmonyOS is already official".