The European Commission is concerned about the lack of interoperability between Siri, Alexa and Google Assistant and its effect on competition

In the European Union, Google's assistant, Amazon's Alexa, and Apple's Siri are the main voice assistants. These three companies also provide operating systems for home devices for the smart home, among other services.

What, in practice according to the European Commission, means that these companies determine how different devices and services can communicate and interoperate with each other. What could be an anticompetitive practice and in that direction seem to point the preliminary results of an investigation, about which Vice President Margrethe Vestager has written, started about a year ago and which addresses smart assistants, other devices connected to the Internet and the answers. of more than 200 companies.

The European Commission is concerned that the assistants to use are restricted in the devices, that they assume the direct relationship with the users, the large amount of data that you collect and the lack of interoperability between them

Concerns about assistant choice restrictions and lack of interoperability between them 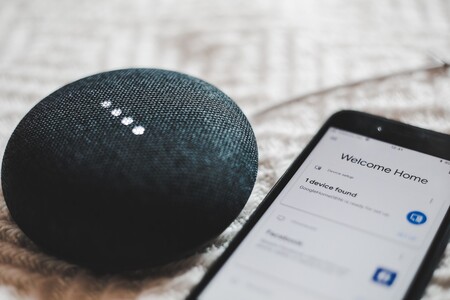 Alexa, Siri and Google Assistant are, as we said, the most popular voice assistant devices in the European Union and, Regarding the world market, it is expected to double to 8.4 billion devices in 2024, according to Statista estimates. They are, of course, part of the future.

For this reason, among others, Brussels has started to investigate. "We saw signs that some practices that we know too well can lead to tipping and the appearance of guardians," Vestager said in his letter published Wednesday. "And from the preliminary results released today, it appears that our concerns are shared by many actors."

It is too early to know if the investigation and the results could lead to cases against Amazon, Apple or Google for anticompetitive practices, but the vice president of the Commission assures that his concerns "are shared by many actors".

"It seems that our concerns are shared by many actors," Vice President Margrethe Vestager said in a letter published Wednesday.

These concerns are, first of all, "attempts to restrict the number of voice assistants accessible on smart devices". A practice that can mean that smart device manufacturers install a second voice assistant in a device, thus restricting the choice of consumers. Brussels is also concerned that voice assistant providers can take on the direct relationship with users, the huge amount of data they collect and the limited interoperability between the products, services and technology of the different providers. Vestager explains:

"This [la falta de interoperabilidad, por ejemplo, entre Siri, Alexa y el asistente de Google] it is due, in part, to the lack of common standards and the prevalence of proprietary technology. Poor interoperability can lock consumers into using devices and services from one or a few major providers. This reduces their options and the chances of easily switching, jeopardizing fair competition. "

What follows is a 12-week public consultation ending on September 1 and a final report, with the definitive conclusions on the investigation started a little less than a year ago, which is expected in the first half of 2022. While they arrive, Amazon has already positioned itself in this regard and defends that Alexa is compatible with more than 140,000 products, as reported by Reuters, and promotes the Voice Interoperability Initiative together with more than thirty companies such as Microsoft or Qualcomm. Apple and Google have not joined, although Facebook has.