During WWDC 2021 Apple has announced a great update to its application Swift Playgrounds, a tool for iPad that is used to learn to program with Swift, the programming language that the company uses.

With this update now it will be possible to create applications directly from the iPad itself, something that was not possible before. With the new Swift Playground you can not only learn to create your own apps, but also program them directly from the device, without having to go to a computer.

Publish your iPhone and iPad apps directly from the Apple tablet 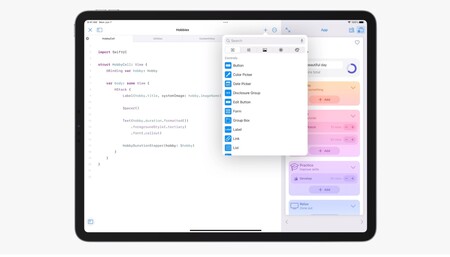 Best of all, you can even publish your applications directly from the iPad, that is, you can upload them to the App Store. All of this will arrive as part of the big update to iPadOS 15