So you can see today the annular eclipse of the sun via streaming: it will reach its maximum point at 12:42 Spanish time 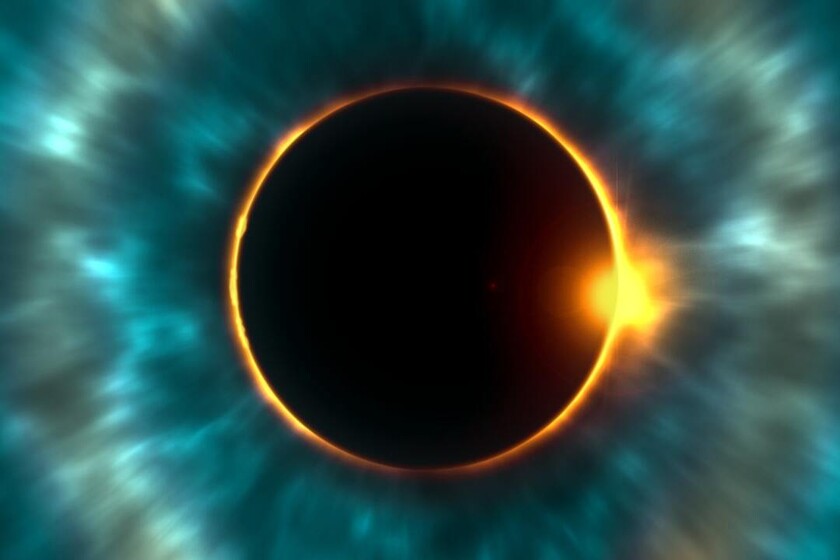 In terms of eclipses, 2021 is going to be a very peculiar year: the two solar eclipses that we are going to be able to experience on the planet can be seen in person if we are in latitudes close to the North Pole - the first, today June 10 - or the South Pole - the second, on December 4 -.

Fortunately, in Spain we can visualize today's eclipse thanks to the magic of the Internet. We explain what you have to know about it and how you can see it quietly from your home.

Actually, from Spain it can also be seen with the naked eye, but not as an annular eclipse, but as a partial one (much less impressive), between 11:00 and 12:30, approximately

Today's eclipse is known as 'ring of fire' (or annular eclipse, using the correct scientific name): that is, it will allow us to appreciate a corona of sunlight around the Moon, since it is far enough from the Earth that it cannot cover the entire solar disk.

The eclipse path will cover from Lake Superior in Canada, areas of Nunavut and northern Quebec, passing through the uninhabited north of Greenland and the Arctic Ocean until ending in Siberia (Russia) and the northernmost territories of China. In total, it can be appreciated for about two hours, approximately.

How and when can you see it?

Starting at 11:00 AM Spanish time, both NASA and other online services will begin broadcasting from various locations this stellar event, although NASA claims that the view will be obscured until 11:47:

The best time to take a look at the streaming, if you don't have much time and you prefer to watch it at its peak, it will be between 12:42 and 12:45 Spanish time.