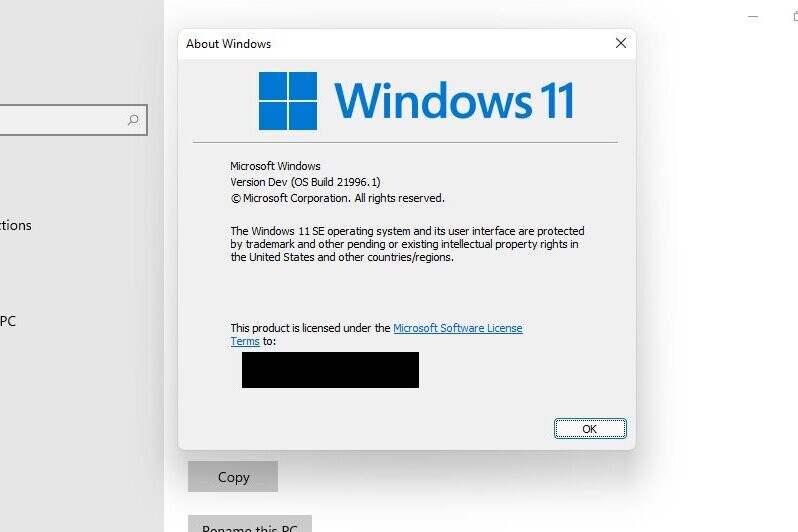 In addition to Windows 11 that we already know and whose filtered ISO contains several SKUs (versions) of the new Microsoft operating system such as Pro, Home, Education and derivatives, have appeared on social media supposedly leaked images of a mysterious 'Windows 11 SE' edition.

The acronym 'SE' was already used years ago in a version of Windows, specifically Windows 98 SE. However, at that time referred to the 'Second Edition', a Windows 98 update released when it had been on the market for a few years.

This certainly does not seem to be the case with this new Windows, so ... What kind of SKU are we facing?

The user responsible for the filtration (@fakirmeditation) echoed certain particular aspects of this particular version of Windows 11, such as that 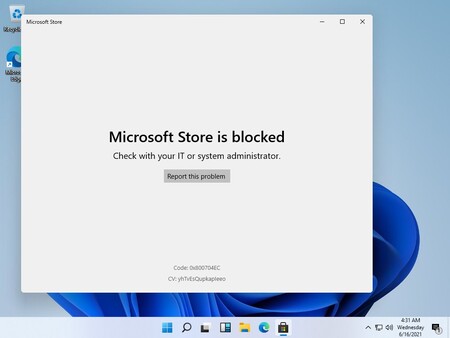 The build of Windows 11 SE, blocking access to the Microsoft Store.

We do not have much information about this mysterious Windows 11 SE, although it is to be hoped that the expected presentation on June 24 will shed a little more light on it.

Option 1: A cloud version of Windows?

Until a month ago, 'Cloud PC' and 'Windows 10 Cloud Edition' were the (unofficial) names of one of Microsoft's most promising projects: offering access to Windows 10 running on the cloud platform Windows Virtual Desktop.

I mean, in a nutshell, Microsoft was working on a platform that would be to Windows what Google Stadia is to video games. But, with the sudden and imminent irruption of Windows 11, this project seems to be permanently parked for the Redmond company.

Does that mean that all the work invested in him is going to be lost? Well maybe not, because according to rumors spread by some US media 'Windows 11 SE' it would be precisely its follower as a 'cloud' version Microsoft's operating system.

Option 2: A 'rebranding' of Mode S

In 2018 we learned that Windows 10 S, the new version of Windows 10 born to compete with Chrome OS in educational environments, it would cease to be a full-fledged version to become 'use mode' of the rest of the versions of Windows 10.

Thus, there would be a 'Windows 10 Pro in Mode S', a 'Windows 10 Education in Mode S' ... all of them limited system configurations to strengthen your security (hence the 'S' in the name), and avoid malfunction as much as possible.

According to Mary Jo Foley, from ZDNet, Windows 11 SE would be precisely the return of that original idea of a differentiated edition to offer this 'safe mode' of Windows.