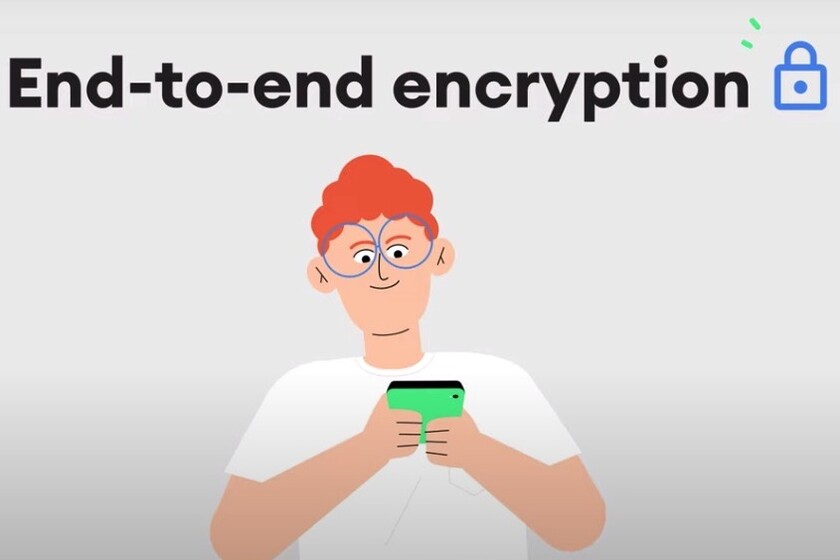 As we could see in the last Google I / O, those of Mountain View are taking the security of their services quite seriously, introducing improvements both in their own operating system, with the Android beta in the lead, as in their different products. Google Messages is the last to receive an update which has to do with the robustness of the transmission channels.

As of today, Google activates end-to-end encryption in its messaging application that, remember, has been allowing RCS messages for a long time in the countries and operators that support them. Now, the messages we send with Google Messages Not only are they encrypted at source and destination, but the entire transmission channel is encrypted, thus raising the level of security and privacy of our conversations.

End-to-end encryption for Google Messages was available until now in the beta version of the app. It was the test users who enjoyed encryption not only at source and destination, but the entire transmission channel. Now, the North American company has officially communicated that this encryption is now available to all users.

"It doesn't matter who you write to, the information you share is personal. End-to-end encryption in Messages helps keep your conversations safe. Ensures that no one can read the content of your messages as they move from your phone to your phone. person you are writing to ".

Google informs that this end-to-end encryption will be available for RCS messaging on the platform, and only in that aspect because it does not make sense to encrypt SMS messages as it is not a channel that supports this technology. Thanks to this encryption activated now for all its users, Google raises the security level of a service that, for now, is the only one that tries to stand up to WhatsApp and other alternatives by Google. We will see if its use grows in the future.

On the other hand, Google also advises that now we can add stars to messages received through Messages so that we make them 'favorites' and they can be located more easily through the application's search bar. A couple of steps ahead of an increasingly complete service from the North American company.