OnePlus itself has leaked the design and some of the technical specifications of the OnePlus Nord CE 5G, so we are going to tell you all the official information there is in this regard, since the Chinese company has revealed key aspects.

Curtain coated and wrapped in a matte texture, its finish leaves no fingerprints and reveals a fresh nuance from every angle. It's literally like staring into a deep ocean. Hence the name. 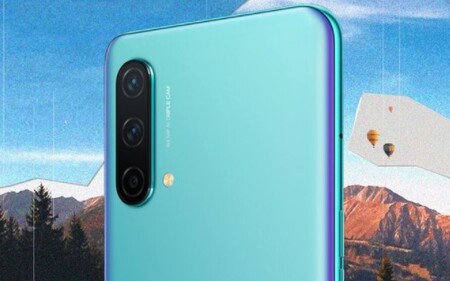 One of the most striking points is the camera module, that goes from having four sensors to having three. The truth is that, after analyzing the OnePlus Nord, we had secondary cameras left over, something that OnePlus seems to have taken note of. In this case, the company advances a 64-megapixel main sensor, a jump from the 48-megapixel sensor of the previous generation. 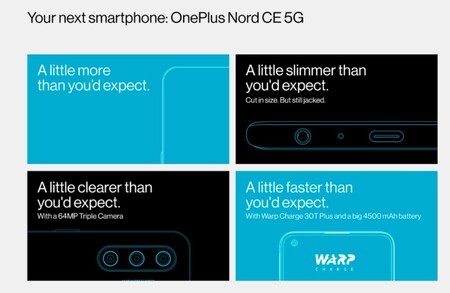 In the same way, they indicate that this mobile will have a 4,500mAh battery with Warp Charge 30T fast charge. It will be able to charge from 0 to 70% in just half an hour, good figures for a mid-range device. Similarly, the company has stated that it will repeat with a 90Hz AMOLED panel, although it is not known whether or not it is the same as its predecessor.

The official presentation of this terminal is expected next June 10, so in a couple of days we will know all the specifications and features of the new OnePlus Nord CE 5G.