Nine things about iOS 15 that we already had on Android

At yesterday's WWDC, Apple made its triad of operating systems official: iOS 15, iPadOS 15 and WatchOS 8. As you might expect, with a ton of new features each and, as in previous years, with certain reasonable resemblances to Android.

Next we review nine new features of iOS 15 that remind us of AndroidFrom the style of notifications to the widgets on the home screen, routes in augmented reality or text recognition in photos. 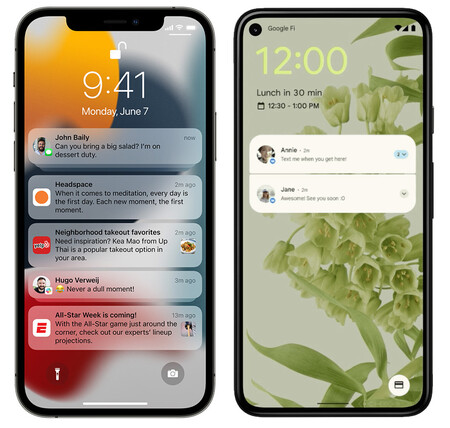 Notifications in iOS 15 and Android 12 Beta

Notifications were always one of the strengths of Android compared to iOS, although it must be recognized that Apple has been closing the gap for some time. iOS 15 brings several changes to notifications, including a concentration mode or a new style for notifications with contact photos and larger icons.

The style of Apple notifications is still quite Apple, but it is undeniable that there are certain kinship with the style of notifications in Android. Instead of showing the app icon or photo in a small size above, it is shown larger on the left, as it has been on Android for a long time.

Screen sharing and other FaceTime news 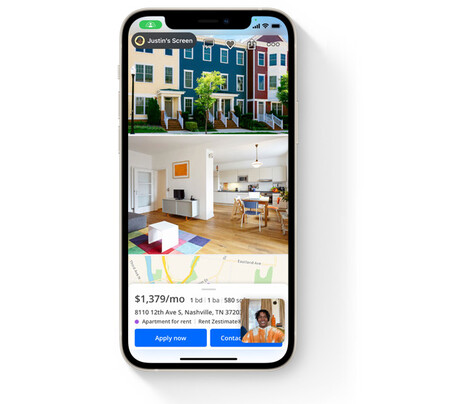 FaceTime receives a good batch of news in iOS 15, including the noise reduction and screen sharing with other people during a call, useful for showing something concrete or helping someone with a technical problem.

On Android, the closest thing there is to FaceTime without resorting to third-party apps is Google Duo, which allows screen sharing since last year. Noise reduction and grid mode are more of a Google Meet domain. Although "grid mode" is yet to come, it can be achieved unofficially.

Incidentally, the fact that Apple allows Android and Windows users to join FaceTime video calls from the browser is something that Android also has an advantage in. Both Google Meet and Google Duo are in the App Store.

iOS 15 will bring detailed maps to Spain and Portugal, with the view with 3D buildings available in more countries and cities and with greater precision. Google Maps, the Android bedside mapping app, has been long time incorporating 3D maps, if you want.

However, the major Deja vu arrives with routes by augmented reality, with a system practically identical to that of Google Maps. It also helps you locate yourself by using the camera to scan buildings and overlays an arrow on where you should go.

Recognition of text in photos 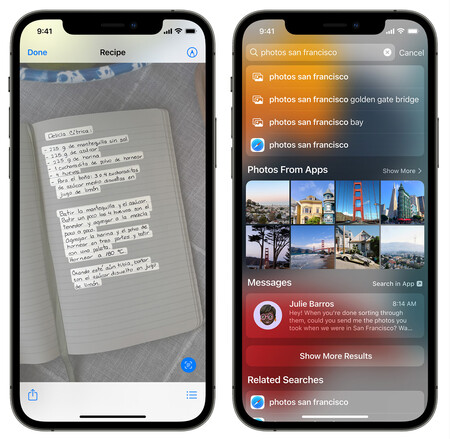 Spotlight has gained certain ambitions to become the next Google Photos or at least as far as its cool search is concerned. Spotlight can analyze photos to identify objects. However, where there is greater kinship is in the text search in images, or Live Text.

The system works practically equal to Google Lens text recognition, and not only in its main function, but in how it works. The way in which the text found in a photo is highlighted is practically the same as Google Lens does. 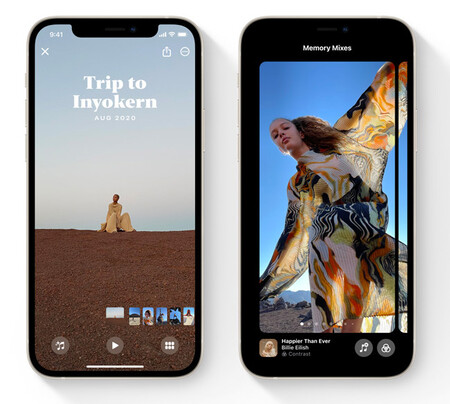 Google has long been boosting the memories section of Google Photos. What's more, in the last Google I / O they announced that even more and very specific memories would arrive. It seems like Apple has been taking notes, though They are not memories, but memories.

It's called differently, but it's the same, Apple's Photos Memories renews its design and will create personalized movies about your travels or any other event, using artificial intelligence to analyze context and with the Apple Music music company. Like Google Photos has been doing for a long time. 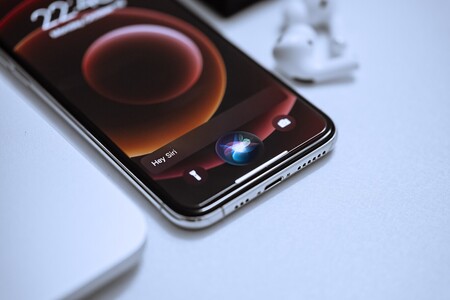 If the new versions of Android do not lack the news for the Google Assistant, they could not miss the news for Siri in the new version of iOS. Siri can run only on the device, performing all kinds of adjustments and actions without having to connect to Apple's servers.

Widgets on the tablet home screen

If you wanted widgets on an iPad, you could already do it with iPadOS 14, although they were relegated to a special panel. With iPadOS 15 you can put the widgets on the home screen, as in the iPhone or as in any Android tablet for many, many years.

Tab groups in the browser 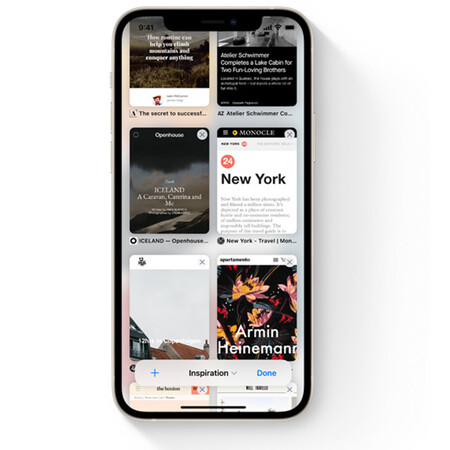 Safari comes with important new features in iOS 15. To start with, supports extensions, something that Google Chrome for Android does not officially do, although you can technically achieve it using third-party browsers, such as Kiwi.

Anyway, the thing that reminds Android the most of Safari in iOS 15 is the grouping of tabs, quite similar to the novelty that has been active in Google Chrome for all of us for several months now. And yes, open tabs between devices are also synced.

Open the car with the mobile 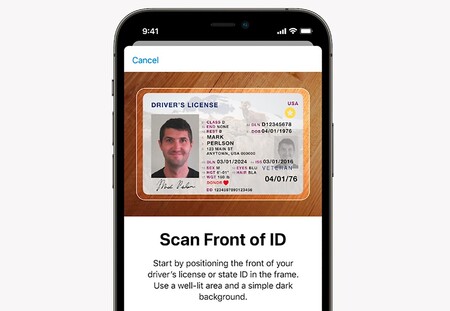 In this last novelty for the moment there is a kind of technical tie, since both operating systems have promised it, but it has not materialized in either of them yet: open the car with the mobile.

It is a novelty of iOS 15 that you can save the keys to the garage, hotel or even your car in Wallet, while Google announced that will do the same in Android 12. We will have to wait a few months to see who has it ready first.