Last January, after several leaks, Motorola presented the "2021" edition of three new terminals: the Moto G Play, the Moto G Power and the Moto G Stylus. The latter thus became the second model of the company equipped with a pencil, after the first Moto G Stylus we saw in 2020.

Now, Motorola has just announced in the United States a new 5G variant of the Moto G Stylus (2021). The main changes compared to the original model we have, on the one hand, in the processor, and on the other, in the battery. The rest of the features of the Moto G Stylus 5G are practically the same as those of the 4G version, including the huge 6.8-inch screen.

Improvements in autonomy, photography and connectivity

Like the 4G variant, the new Moto G Stylus 5G mounts a 6.8-inch Max Vision screen with FullHD + resolution and a hole to house the front camera, which has a single 16-megapixel sensor. To feed, it has a 5,000 mAh battery -without fast charging-, which, according to the manufacturer, offers two days of autonomy (in the 4G model it was 4,000 mAh).

As the brain, we have the Qualcomm Snapdragon 480 processor, which supports 5G and WiFi 6. This chipset comes with two RAM options (4 and 6 GB) and two internal storage (128 and 256 GB) with the possibility of expanding it with a microSD card up to 1TB (512 GB on the 4G model).

The rear camera is composed of: a 48 megapixel main sensor, an 8 megapixel wide angle, a 5 megapixel macro sensor and a 2 megapixel depth sensor. In the 4G version, the macro was 2 megapixels, so there is also an improvement in this regard. In addition, the fingerprint reader, which was previously on the side, has now been moved to the rear.

Price and versions of the Moto G Stylus 5G 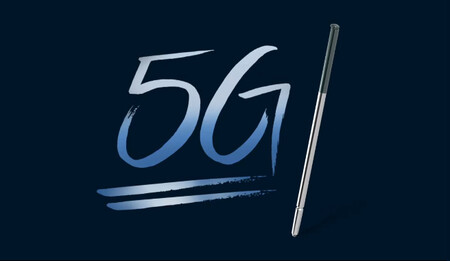 For now, the new Moto G Stylus 5G will go on sale in the United States on June 14 at a price of $ 399, which is equivalent to about 327 euros at the current exchange rate. It will be sold free with 6 GB of RAM and 256 GB of internal storage in Cosmic Esmerald (emerald green) color. There will also be a model with 4 GB of RAM and 128 GB of capacity that will be distributed by American operators.