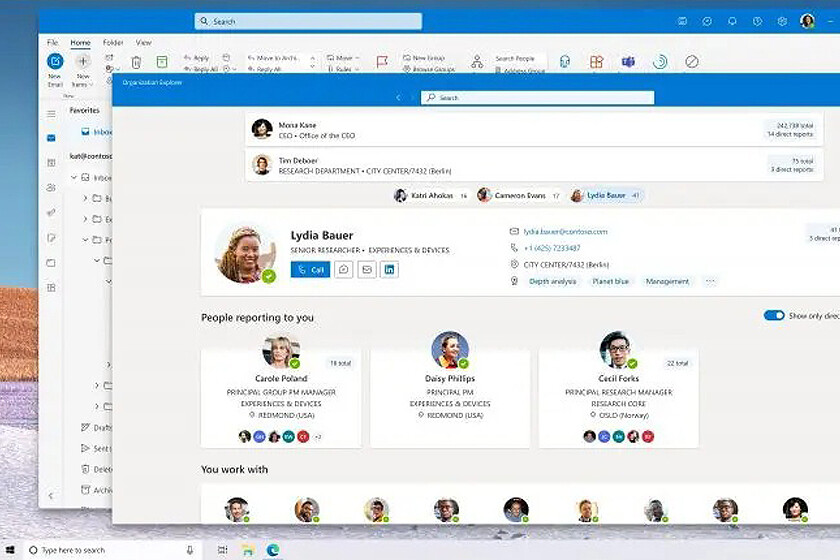 Since the beginning of the year we know that Microsoft is working on a web app Unified Outlook. His name would be One Outlook and it was already seen in a preliminary version. Now, half a year after hearing about this project also known as Monarch, a new image of the web application has seen the light and its origin is Microsoft itself.

The image in question was published in a summary of the latest version of Office Insider Preview and has been collected by Winbuzzer. It is understood that the publication has been accidental since the article in question does not speak at any point of One Outlook and, to make matters worse, this project has not yet been made official by those of Redmon.

One Outlook would have a more minimal and clean interface

If we look at the screenshot that would show the appearance of One Outlook, which does not have the best of resolutions, we can see that beyond showing a renewed, cleaner and minimalist interface, the image appears to have been taken on a computer with the expected Windows 10 Sun Valley.

In it we can see how the corners of the windows are rounded And that's one of the expected features of Microsoft's next big operating system update.

At Build 2021 it was the head of the company, Satya Nadella, who promised "one of the most important Windows updates of the last decade".

In one way or another, we have learned that the multinational company hopes that the new version will revolutionize the user experience, integrate features of the defunct Windows 10X, update its icons, bring numerous quite interesting visual details and I suppose, in short, "a rejuvenation Radical Windows Visual ".