Island, an app from the creator of Greenify to clone applications, run them isolated and freeze them so that they do not use resources 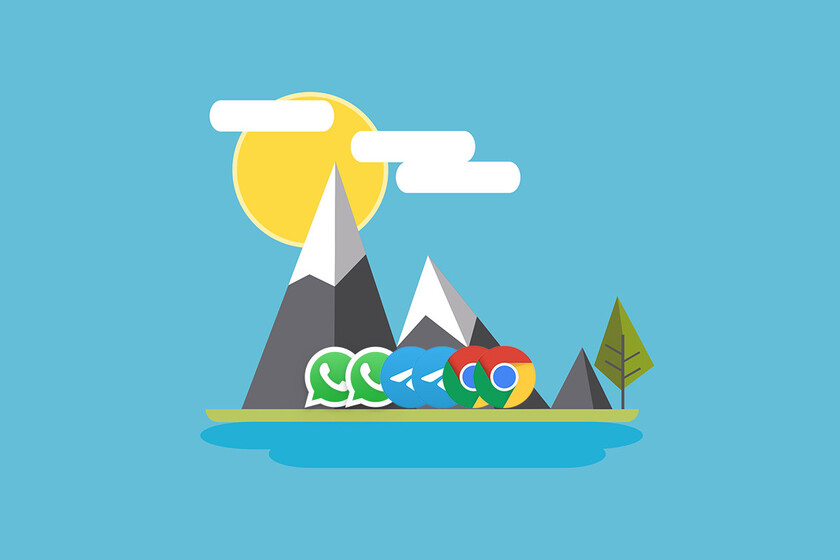 Island is the latest app from Oasis Feng, the developer of Greenify, SuperFreezZ, Nevolution, and other power-user tools. It is still in the early access phase - that is, it is a beta - but it is a easy way to clone apps, running in their own sandbox.

Island takes advantage of the Android Work profile to create a separate world - an island - in which to create a copy of the applications you have installed, in case you want to have more than one WhatsApp account. In addition, it helps you to run applications in isolation, without having access to the data you have on your mobile.


Your own island in a moment

Island is a free application and is in beta, although it is functional. However, based on the Android Work profile, it could cause problems if you are already using it. In any case, the first thing you do when you open the application is create your own island Or, in more Android terms, the work profile.

Island guides you through the process, which is essentially pressing two buttons, Accept and continue Y Next. Android will create the work profile and then you can manage it using Island, copying applications so that they are run separately from other applications and data. 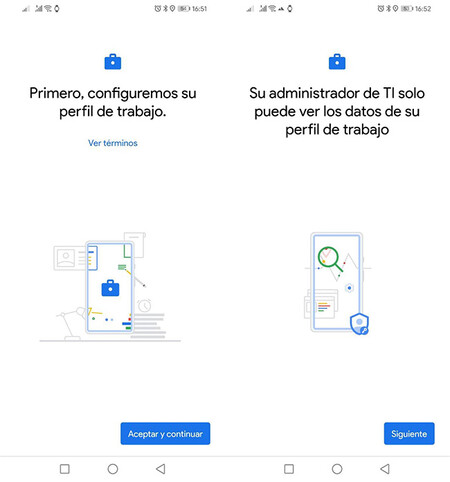 Internally, Island is based on the Android Job profile

This island works as a 'sandbox', so that the applications that are inside cannot access what is outside, and vice versa. Due to its characteristics, it can be useful to clone applications that only allow you to use one account, such as WhatsApp, and use two accounts, or to use applications that we do not trust and we prefer to limit their access. Its creator mentions these possible uses:

After creating the island, it is time to increase its population. First of all, the island (in the tab Island) has the basics, like Google Play and Chrome, but you can add applications that you have installed from the section Mainland. Tap on one of it and then hit the + button to have a copy installed in the sandbox.

The advantage of applications that run on the island is that you have more control over them. For example, you can freeze completely (by tapping on them and pressing the padlock). If they are frozen they will not open by themselves, but you can unfreeze them and continue using them, keeping their data and settings. 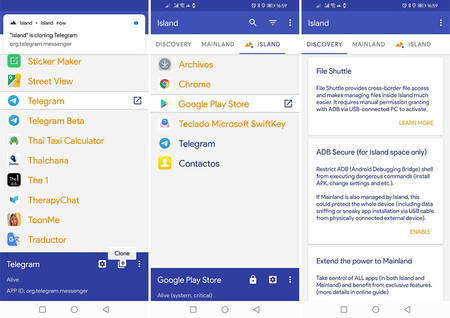 Only with this Island is quite useful, but also extensions can be added from the tab Discovery to add more functions to the application. Among these extensions are Greenify itself, a tool to block access to certain permissions or control of ADB commands for isolated applications.

It is a tool for very specific uses that can be useful if you want to clone a normal application, which (not messaging), as many cloning applications and utilities are limited to them. By the way, if you decide to leave your island, before uninstalling the application go to Settings> Scoped Settings> Island and press Destroy permanently. 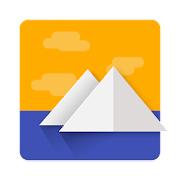