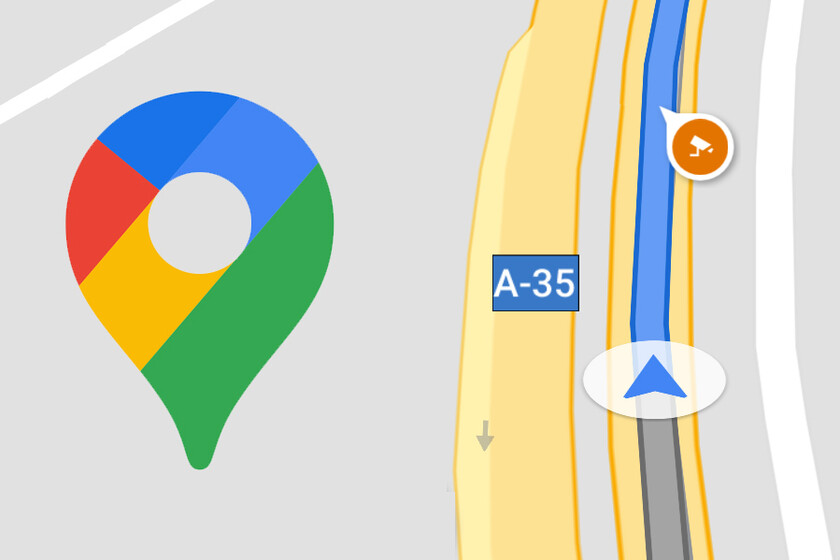 For a couple of years it is no longer necessary to install third-party applications to turn our mobile into a radar warning thanks to Google maps and to its community of users, who warn in real time of the presence of these speed cameras.

Google maps Not only does it allow us to view the location of fixed and mobile radars and receive their alerts, but it also allows us to report the presence of radars. We'll see now in which section of Google Maps speed cameras appear and how to report them.


How to see speed cameras on Google Maps

Google Maps only shows the presence of radars when we plan a route. With what until we click on the icon "How to get" and we choose a destination will not show the location of the radars in each of the routes. 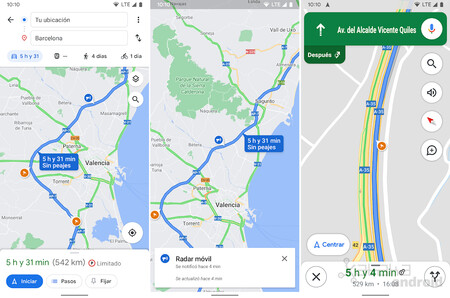 In the preview of the route and its alternatives is when we will see the presence of fixed radars (orange color) and mobile radars (blue color) when exploring the path. When enlarging the map, all the radars that we would find during the route will appear. What's more, by clicking on a radar we will see when it was notified.

When starting navigation Google Maps will warn us of the presence of radars with an alert, which will sound a few meters before arriving so that we have time to check if we are driving at the speed that the road marks.

How to report speed cameras on Google Maps 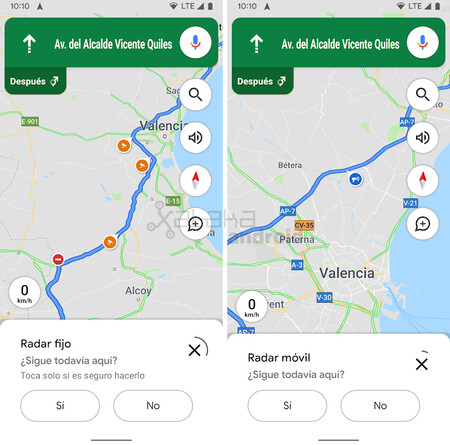 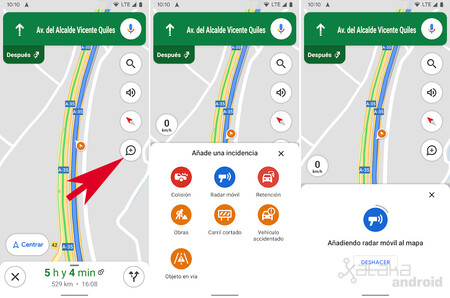 Logically, if we are driving for road safety reasons, we cannot touch the screen, and therefore we cannot report traffic misconduct. This feature only the co-pilot can be used so as not to put the rest of the users of the public road.