How to install Android Studio emulator to use Android on PC 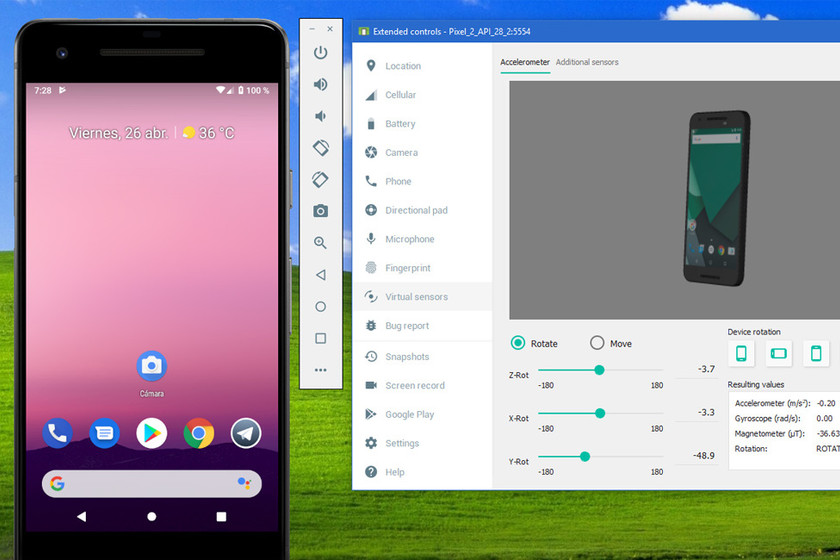 If you want to use Android on your PC, the easiest thing is to use an emulator. There are many of them, such as the well-known BlueStacks or others more focused on games such as KO Player or MEmu, although if you are looking for something closer to what you have on your mobile, the best option is probably the Android Studio emulator.

The advantage it has is that Google has improved it a lot in the latest versions and it is also easy to download and test recent versions of Android, including for example Android 11. The "bad" news is that you first need to install Android Studio.


What do you need?

As we mentioned before, you need Android Studio, which is available for Windows, Mac, and Linux. The System Requirements to use the emulator are the same as to use Android Studio, only a little more inflated. They vary little from one operating system to another, and are as follows:


The main problem with the emulator is the hardware acceleration from Intel VT-X or AMD-V. In some cases it is disabled in the BIOS, so you must enable it before you can start the emulator. The process varies from brand to brand (and so does the name of the option), but generally it shouldn't be hard for you to figure out how to enable virtualization for you, as long as your processor supports it and your motherboard includes the option.

Everything starts from Android Studio, where you must tap on the small button of the AVD Manager. AVD stands for Android Virtual Device, or Android virtual device. If you can't find it, it's also in the Tools menu. 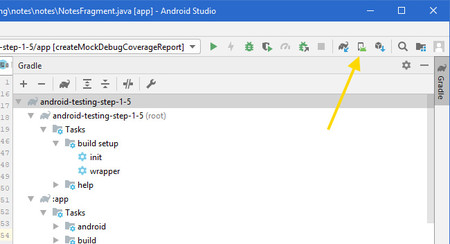 The first splash screen doesn't say much when no device is created. It literally has a button, which is just the one you need to press to get started. Press Create Virtual Device, or create virtual device. 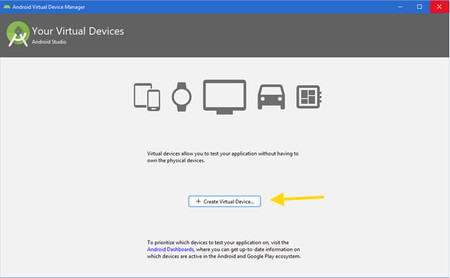 Now for the interesting part: choose which device you are emulating. This is used to use specific characteristics of that device, especially the resolution and size of its screen. Some of them include their own "skin" that makes the emulator look like them.

You can choose any, though those that include the Play Store icon they will allow you to use the Google store, if you download the appropriate system image. When you have it, press Next. 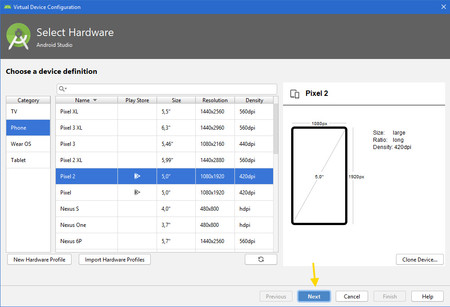 The previous step has been quick, but now is the time to put the router and PC to work. You need choose system image that you are going to install on the virtual device. Normally you won't have any downloaded, so that's the first thing you need to do, download it.

You can choose any, although it is better that you stick to the first tab, the recommended. These are based on the same architecture as your processor, so they run a lot faster than the ones that don't. Only those that specify it include Google Play, others include Google services but not Google Play, and others none of them. 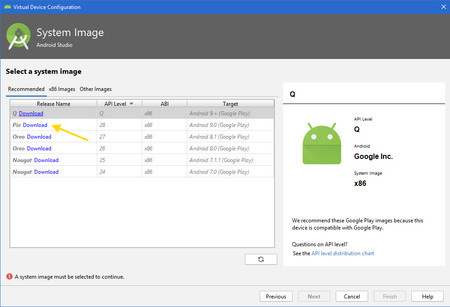 Before downloading anything you need to accept the license agreements for using the system image and Android SDK that you are about to download. The download doesn't start until you do. 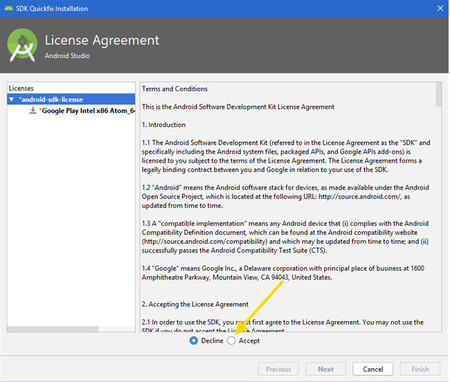 It will take a while, since the system images occupy several hundred megabytes, but as soon as it finishes downloading and installing, you will return to the previous screen. The difference is that now the system image you downloaded can be selected. Do it and then press Next. 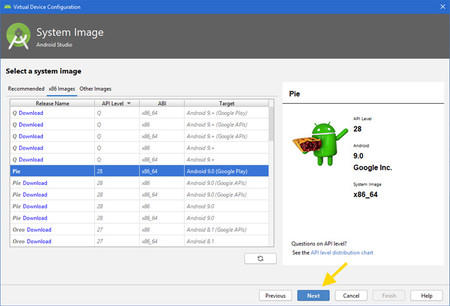 By now you have done all the work and the only thing you need is to enjoy the result. The same window that previously did not show anything now includes your new virtual device. do click play button and, if everything went well, the emulator will be launched.

Android may take a long time to appear, depending on the raw power of your computer, but sooner or later you should see Android tucked into a virtual phone on your desktop. With a powerful PC, the latest versions of the emulator run just as smoothly as a real device. 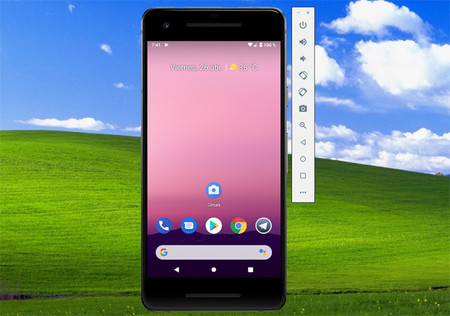 You can operate it with the mouse, helping you with the virtual buttons on the screen and the buttons that appear on the toolbar, to your right. If you want to access advanced options, click on the last button, the options button.