How to choose the best microSD card for your Android terminal

With the passage of time, users of Android devices (regardless of whether we are talking about mobiles or tablets) we are becoming more demanding both with the specifications and with the storage. A fairly common and well-regarded solution is the inclusion of a microSD card slot which, incidentally, makes life easier for many people.

Now, some people have doubts about which microSD cards to buy and how to choose it, because usually there are several characteristics that the user cannot differentiate and which of them is the most suitable for the use that he wants to give it. With this in mind, for those who are confused and undecided, we are going to explain how you can choose the microSD card that best suits your use.


A review of the different types of microSD cards 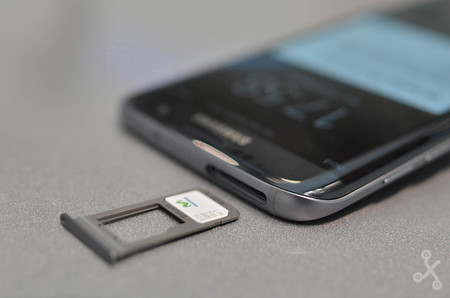 First of all, it is best to start by knowing the different types of microSD cards and their writing speeds, because the higher the latter, the faster you can record the data inside. The first type is the original microSD card, whose maximum memory is 2 GB, so we are going to leave it out as obsolete.

The second type of cards are microSDHC, which have a memory of up to 32 GB, but today, unless you have a somewhat old device, they will be somewhat obsolete for most users. The third and last type, then, are microSDXC, which can be up to 2 TB.

There are several types of microSD cards, but the most recommended are the microSDXC from class 8 onwards thanks to the fact that they are quite affordable.

More recent are the UHS-III class, which reach a speed of up to 624 MB / sAlthough these figures are based on prototype cards that have been tested by the SDA (Secure Card Association). In addition, these SD and microSD cards are ready to support 4K slow motion video recording, although they are not officially sold for now.

Which microSD card should I choose for my use? 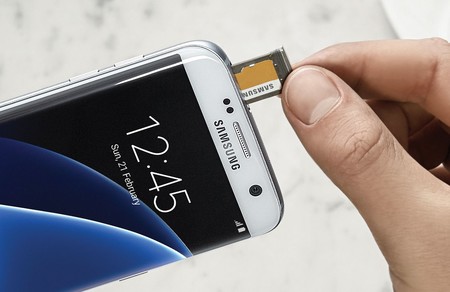 Now that we've crammed the previous section with numbers and acronyms to get a rough idea of ​​what speeds they typically reach, let's get a little more practical. There are many microSD card users and, in general, can be divided into several groups depending on what they want to store in it.

One recommendation is that you ignore cards with a class lower than 8 (that is, 6 and below) since the prices of these are affordable enough to take them into account. With all that said, we are going to group users based on what they want to store on their microSD cards.

I only want it to put photos and videos

If you are the type of user who will exclusively put photos and videos on the microSD, the minimum would be to get a class 10 card to guarantee a good read and write speed. However, if you use a high-end smartphone or tablet, it would be a good idea to consider a UHS-I.

Taking into account that many users tend to store a large number of photos and videos (social networks, WhatsApp, made with the device itself ...), 64 GB of memory would be ideal. An example of a microSD with these characteristics can be this card that in Amazon is for less than € 25, although there are many more equally viable options.

If you are one of those who want to take full advantage of the device's ability to record video in 4K and want to make use of this resolution, then it is best to invest more money in a microSD UHS-II, like this one, since they are prepared to store content. in that resolution and carry out the writing and reading process in a more agile way.

I want it to install applications

For these cases it depends a lot on the device you have. I would recommend a UHS-I on most low-mid and mid-range devices (Note that the terminal supports microSDXC cards), while, for a high-end, I would bet on a UHS-II to equate the card's reading speed with that of the device's internal memory.

One thing you should keep in mind is that, in order to install apps on the microSD, you must configure it as internal storage, as we explained a while ago in a tutorial.

Mind you, before buying a random microSD card, make sure that one of the symbols you see in the image that is just above appears, since this way you will have the guarantee that it is suitable to install applications. Obviously, that does not mean that those that do not have the symbol are not, but with it you will have the certainty.

Which microSD card would be suitable for tablet users?

In the case of tablet users, I would make the same recommendations as in the previous points, since, although the photographic section is not important on these devices, you may want to see that content there instead of on a smartphone, for which it is convenient that the card is adequate in each situation.

I still have a question about which card to choose

In many cases, by now the user has already chosen their microSD and made the purchase, but in others there may still be doubts. This can happen, especially if you do not know what exact use you are going to give it or you think you are going to use it a little for everything. In this case, the most balanced option is the UHS-I for its good read / write speed and its economical price.

On which brand to choose, the most popular are, today, Sandisk, Kingstone, Samsung and Lexar. The first two, in many cases, offer better value for money, but all of them are quite good in this area. All these recommendations are a basis for any user to make the correct purchase. What kind of microSD do you usually use?