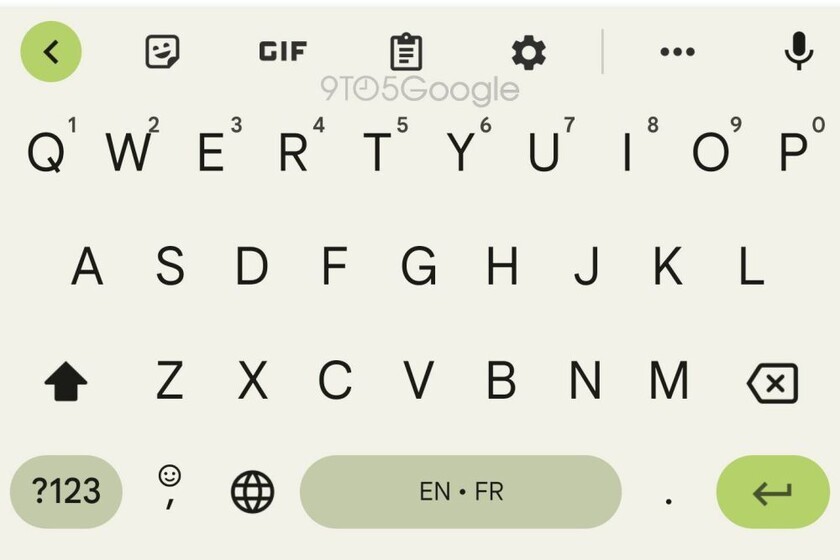 Android 12 is already in the second base of its beta and every time we see more clearly the new features that it will debut once it is definitively released in the month of August. The most striking thing is logically the graphic section and now Google's keyboard, Gboard, anticipates how it will adapt to the new system variable coloring.

This new design of Android 12 is called 'Material You' and consists of a system-wide color scheme based on the background we choose for the desktop. And since all Google apps will adapt to the new design, Gboard will also adapt and a leak anticipates the result.


The Google keyboard will adapt to the coloring of Android 12

The leak comes again from the .apk file from the latest Google Board beta, or GBoard as it is colloquially known. The Google keyboard has been seen in Google Play in its latest version and inside it appeared the activation code that they have used in 9to5Google to activate it and show us the results.

Although we can keep the previous design and color patterns for the Google keyboard, with the new version comes 'Dynamic Color' mode that adapts to 'Material You' which can already be seen in the beta of Android 12. The keyboard also reflects the changes for both the light theme and the dark theme that is activated when we activate the dark color mode for the operating system.

In the case of the light theme, the vast majority of the Google keyboard receives the lightest color of those selected by the system while use highlight color for specific buttons like space bar, enter or the button to activate the different character maps included in Gboard. In the case of the dark theme, the same thing happens with the exception that the keyboard background remains black or dark gray, depending on the choice of each system. 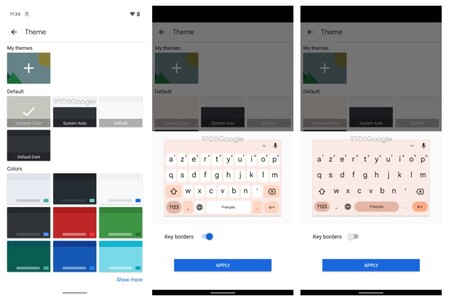 For the moment, this dynamic google keyboard theme remains inactive in its latest version on google play so we will have to wait to be able to test it in depth from the beta. Maybe it will arrive in the next few weeks or maybe it will wait until August to slide into Google Play the same day that the final version of Android 12 is released. We will have to wait.