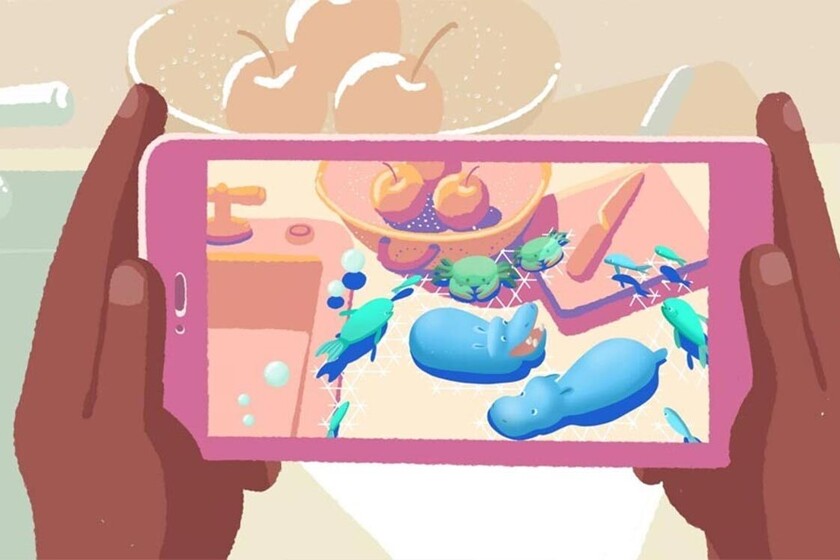 ARCore's paths are mysterious. Some mobiles are already launched certified to support Google's augmented reality, others receive support later and there is no shortage of those that are certified before going on sale. Google has now updated official support with 30 more phones.

Support for ARCore is now officially on the OnePlus 9, Xiaomi Mi 11, Xiaomi Mi 11 Lite, Redmi Note 10, Moto G50 and several dozen more terminals. These terminals will now be able to use the apps and websites that require ARCore, such as Google's 3D animals, after downloading and installing ARCore from Google Play.

Google has updated the list of models supported by ARCore, a list that you can consult here. 30 models are added to ARCore, some of them quite popular, with four Xiaomi models, four Samsung and three OnePlus.

ARCore certification implies that the terminals have all the hardware and software needed to take advantage of Google's augmented reality experiences. Before receiving the certification, it was still possible to use ARCore by installing it manually from its APK, but the advantage is that after being officially supported it can be downloaded more easily from Google Play.

ARCore support has not been the same for everyone for a long time. Some terminals support advanced functions and others don't. In the notes on the official Google list you can see which of them support the depth API. These are all the new models that have added official support for ARCore: