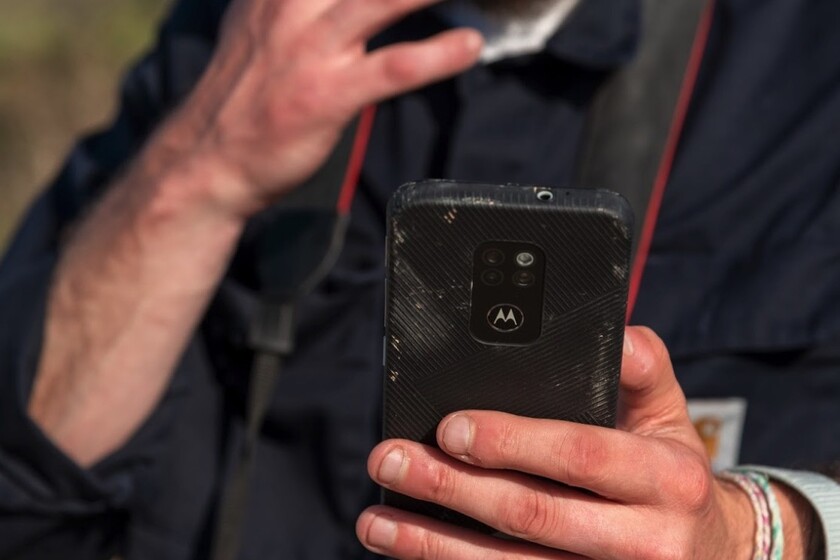 The Motorola Defy that today its manufacturer presents is a new phone but its line is not. There was already a Defy in 2010 that has taken eleven long years (if we do not count the Pro and Plus models) to have a well-deserved renovation and the goal has been achieved thanks to an agreement between Motorola and Bullit, those responsible for the CAT phones. for the most demanding industry.

The phone offers mid-range features but the key to its existence lies in its construction. We talk about an all-rounder capable of withstanding the demanding requirements of military certifications to ensure durability against everyday accidents, and some not so much, and that it becomes a new reinforced mobile from the Motorola catalog. 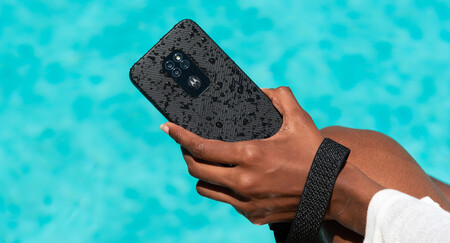 The new Motorola Defy arrives in the catalog of the Chinese manufacturer carrying a 6.5-inch HD + screen, a perforated LCD to leave a hole for the front camera and that is also reinforced with a 0.7 millimeter thick Gorilla Glass Victus glass. On the side, Motorola places a programmable button and the fingerprint reader travels to the back, to the brand logo.

For the processor, the Qualcomm Snapdragon 662 running at 2GHz has been chosen, a chip that is accompanied by 4GB of RAM and 64GB of internal memory in a single available but expandable model. Because yes, we have a tray to add an extra microSD. And under all this equipment, a battery of 5,000 mAh with fast charge TurboPower brand of the house at 20W that is powered through the USB type C port. Motorola says that the phone lasts two days on without problems.

We got to the cameras and here we came across a rear camera of 48 megapixels with f / 1.8 lens and with a pair of additional 2 megapixel cameras, one with macro focus and the other for taking depth readings. On the front, occupying the hole of the perforation of the screen, we have 8 megapixels for selfies.

This Motorola Defy lands with Android 10 and the promise of updating to Android 11 in addition to three years of security updates. The system is hidden behind MyUX, the proprietary layer of the brand It offers a practically clean system, very similar to the experience of Android AOSP phones. The Motorola Defy comes with 4G, WiFi, Bluetooth 5.0, GPS, NFC chip for mobile payments, headphone jack and the aforementioned USB Type-C port.

With an outstanding reinforcement

But the most striking thing about this Motorola Defy is not in its interior but in its own construction. We are talking about a phone that, among other things, has obtained MIL-SPEC 810H military certification, which makes it resistant to both high and low temperatures as well as demanding tests such as humidity, sandblasting, falls from 1.8 meters, twisting and other "torture".

Motorola has also certified against dust and water with IP68 and guarantees high resistance thanks to two watertight layers, one on top of the other. The firm says that this ensures that the phone continues to resist water thanks to the fact that if the outer layer deteriorates due to blows, falls or erosions, there is still a lower layer that remains as certified as the other.

Motorola also says that getting a phone like this reduces the budget of buyers by avoiding breakages and, therefore, the passage through technical services for repairs or replacement of parts. Not in vain, This Motorola Defy is capable of withstanding 35 minutes submerged at 1.5 meters and withstands falls from 1.8 meters in height, which makes it exceptionally durable. A device to last a long time on and working properly. 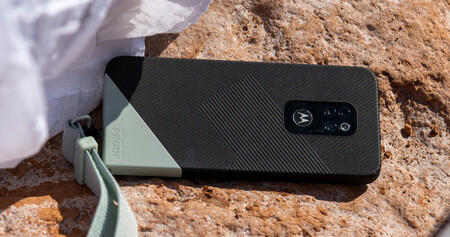 The new Motorola Defy returns to its manufacturer's catalog after 11 years without models in its line and it does so in a single option of RAM and internal storage. The phone, with 4GB of RAM and 64GB of internal memory, can be ours at a price of 329 euros.