Manzana is celebrating its annual global meeting today WWDC 2021 (Worldwide Developers Conference or, in English, Worldwide Developers Conference). At the meeting, he presented the new version of macOS Monterey, announced news in Swift Playgrounds, iPadOS 15 and FaceTime. Another novelty is your Apple Music Spatial Services with Dolby Atmos (space service) which, as we expected, is available from today with high quality music.

This morning, Applesfera revealed a message that began to appear in some instances of Apple Music, suggesting that the arrival of high fidelity to the service was imminent. Our colleague Javier Lacort could see a warning on his own Mac.

The two novelties that arrive from today offer a greater experience when listening to music. 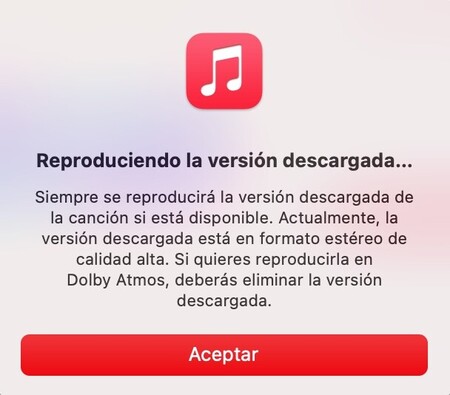 Last May Apple Music announced its HiFi option, to listen to the songs in high quality or "lossless" within the Apple Music service, thus following a trend in which competing companies have already shown and launched their alternatives.

At that time it was anticipated that Apple Music subscribers could listen to more than 75 million songs (this figure by the end of the year) in lossless audio, thanks to high fidelity sound, listening to the songs practically as they were created by the artists in their studio. In that announcement they already anticipated that the plan was to be able to offer 20 million high-quality songs in June through this service.

In order to enjoy this quality, from Apple Music we must go to Settings> Music> Sound quality and on this screen choose between the different resolutions depending on our type of connection: data or Wi-Fi. The lossless level starts at 16 bit / 44.1 kHz CD quality and ends at a maximum 24 bit / 192 kHz quality level. But we are not just talking about this kind of quality. 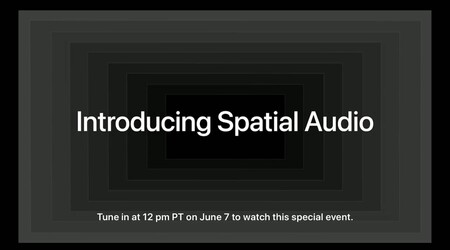 Although it has already been quickly anticipated at the developer event that Apple Music Dolby Atmos is available from today, remember that right after the Apple keynote, there is a special event dedicated to Apple Music spatial audio.

Through a video posted on Apple Music (discovered on twitter) Apple invites us to participate in a special event this Monday, June 7 at 9:00 p.m. (Peninsular Spain time), that is, two hours after the inaugural WWDC keynote.