Apple announces links to video calls over the web

Apple just announced during its WWDC 2021 developer conference that its video calling app for iOS: FaceTime, will finally be compatible with more platforms. This is thanks to the fact that the app will be receiving a new function to share links anywhere and invite people to a video call.

Although it is not about the arrival of dedicated applications for Android or Windows, it is the possibility of joining a call without having an iPhone or any Apple device. Just open the link in a browser.

One step ahead to compete with Zoom or Google Meet 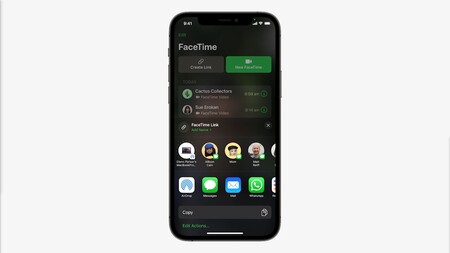 Although FaceTime does not manage with this novelty to be at the level of other cross-platform video calling applications, it does take a step forward to eat a bit of the ground. *Any iOS, iPadOS or macOS user using FaceTime can initiate a video call and invite users from other platforms.

Those links can also be used to schedule video calls through FaceTime in advance. Apple further confirms that these calls will still have end-to-end encryption, whatever platform it is being used on. 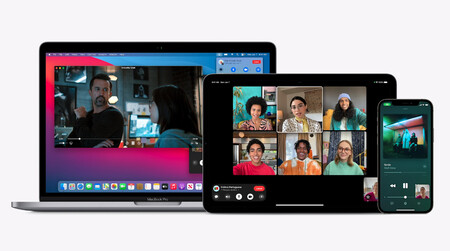 Along with these developments, FaceTime is also receiving a large batch of improvements: a new portrait mode that automatically blurs the background, a new grid view for group video calls, and screen sharing through Apple devices.

Another interesting novelty is SharePlay, to share music, movies via Facetime. SharePlay will let you put Apple Music into a FaceTime call and it will sync with everyone on the call.

Apple is even opening an API for this feature that will allow other developers to use this feature. Partners like Disney +, Hulu, HBO, TikTok, ESPN, NBA, Paramount, and Pluto TV are working on it. But no Netflix.