It's finally official: after months waiting for its release, and after an APK that has been running for a long time without too much problem, Google Stadia will officially land on Android TV on June 23. It will do so on the Chromecast with Google TV, Nvidia Shield, Xiaomi Mi box, and many more devices and televisions.

One of the biggest advantages of Google Stadia, and one that the platform showed the most, is that can be used on almost any device with a display. From the Chromecast Ultra with the Stadia controller to an Android mobile with a compatible physical controller; going through a web browser or, something that was looked forward to, also a device with Android TV. Since all graphic execution is done in the cloud, why not convert any TV into a console without the need for a specific gaming machine? Yes, it has taken time. But the compatibility is here.


Stadia can be activated experimentally on any Android TV 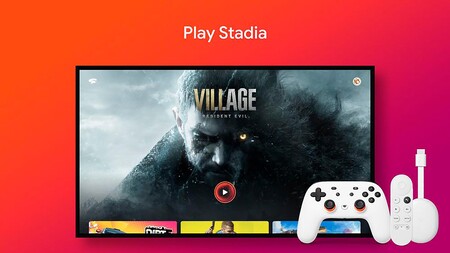 As we said, we looked forward to the news and it took a long time to occur, but it is already official: Google confirms that Stadia will definitely land on Android TV from June 23, the date on which the application can be downloaded from the Play Store of the TVs and players. There will no longer be a reason to upload the APK and install it manually since Stadia will be officially in the store.

As with the mobile application, Google will offer the service on a limited number of devices; which are the ones it will support. Nevertheless, Playback can be activated from the experimental options of the app. This will open the door for anyone with an Android TV to test if Stadia is working properly for them.

The list of devices with official support for Google Stadia is as follows:

That you do not have one of the previous Android TV does not imply that you stay out of Google Stadia. You will simply have to activate experimental replay to find out if the game runs smoothly. The application will appear available in the Google Play Store of your Android TV on June 23.