all that is lost with the cheap plan in the USA 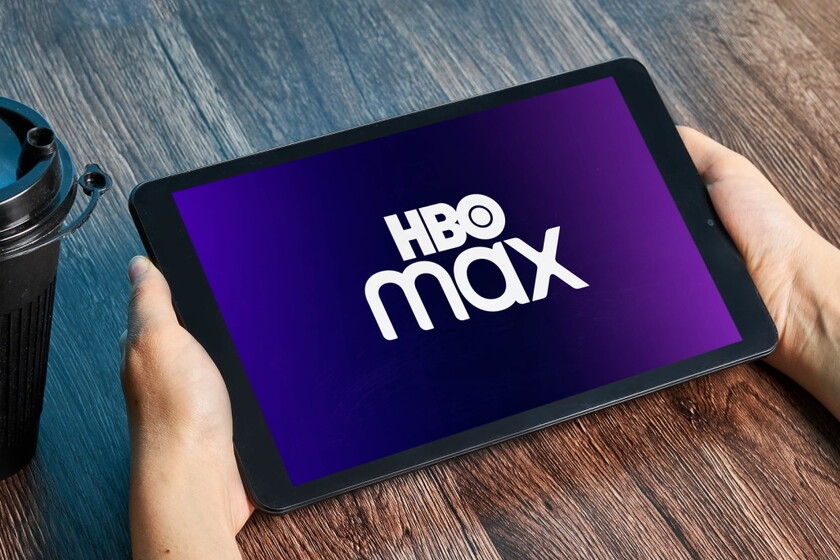 HBO Max with commercials has finally launched in the United States, as planned for early June. The fact of seeing advertising will save users of the platform $ 5 per month. In total, they will pay $ 10 a month instead of $ 15.

The company has not confirmed that HBO Max with ads will reach Spain (The landing of HBO Max is confirmed for this year), but they have not mentioned that the bet of the ads is limited only to the United States. As it is very likely that it will arrive in our country, let's see what sacrifices we will have to make if the plan arrives as it has been released there. As an interesting fact, it will have 4 minutes of ads per hour, according to Bloomberg. 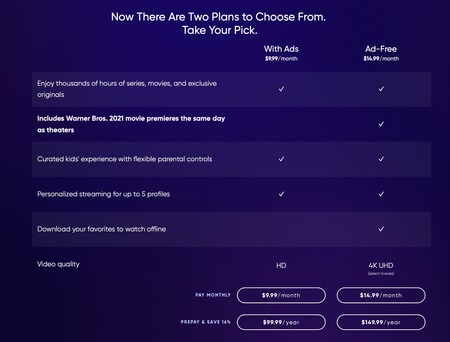 For a long time, This cheap plan with ads was known not to have big releases that they will reach the plan without ads on the day of the premiere in theaters, such as 'Matrix 4' or 'Dune'. It was a good toll for saving $ 5 a month. Now, we finally know everything we are losing, and it is not little.

In terms of video quality, we went from having a maximum resolution of 4K UHD to Full HD, something that is a shame after knowing how 4K premieres have been in the United States, such as 'Wonder Woman 1984', which came in 4K and with HDR in Dolby Vision. All HDR is lost, not just the dynamic metadata (also HDR10), so all your content will be viewed at 1080p at most, in standard dynamic range.

As for the audio, Goodbye to the surround sound by objects provided by Dolby Atmos, so you will have to settle for a more traditional 5.1. Yes, the 5 profiles are maintained, which will be a great addition to what we have in HBO Spain today.

And, unfortunately, the download is lost to view offline content, which is something that even HBO Spain has today and that will be used a lot in travel when the pandemic allows it.

Until HBO confirms it, we will continue to question whether this or another cheap plan will arrive with HBO Max. In Latin America, for example, an even cheaper plan than this has been launched with ads for tablets and smartphones, which only allows one simultaneous viewing per account, a la India's budget Netflix.