Adobe finishes off an exemplary transition

Adobe launches today the native M1 versions of your Illustrator, InDesign and Lightroom Classic programs as part of a series of updates from your Creative Cloud.

These Adobe software programs come with different new features, but the highlight of the news is the arrival of these native editions for Apple's M1 chip. According to Adobe, the improvement in the performance of these programs is the main feature of today's announcement.

As published by Adobe these news start reaching customers today and the goal is that they "soon" become available to all users around the world.

These new versions are in addition to the native editions for the Photoshop M1 chip introduced last March. Remember that last December Adobe released a native version of Lightroom for Mac computers with Apple Silicon, at that time represented by the M1 chip, and for computers with Windows 10 on ARM.

Adobe Lightroom in its M1 Mac apps performed worse natively than in versions for Intel. One of the things that was assumed when Apple announced its transition from Intel x86 processors to Apple Silicon ARM64 is that some performance would be lost along the way in unadapted applications.

In addition to slower performance, non-native applications on Apple's M1 chip may malfunction or may not work at all. In today's announcement, with a Lightroom Classic (and also Illustrator and InDesign) in their native versions for M1, Adobe promises high performance. 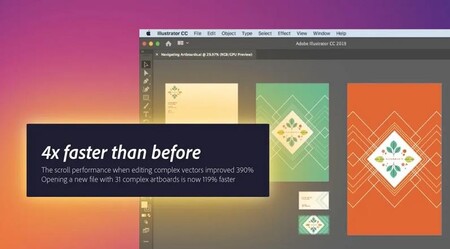 Pfeiffer Consulting has done a comparative analysis of the Silicon versions of Apple and have said that an M1 can run Creative Cloud applications up to 80% faster than "an identically configured Intel system", as published by Engadget.

Premiere Pro will arrive in full versions and other minor updates 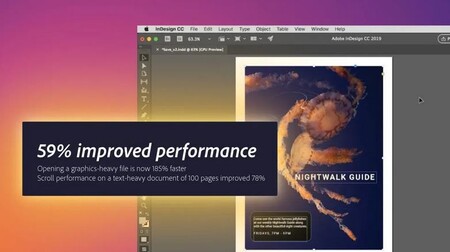 On the other hand, while Premiere Pro is now available in beta, one of today's announcements anticipates that full versions of Audition and Rush are expected in the near future.

A number of minor updates are also released today, such as custom brushes in Photoshop for iPad. Lightroom and Lightroom Classic users can now use Super Resolution, and can set custom cutouts in Lughtroom.