A region of Pakistan will block the SIM card (that is, leave without Internet) whoever refuses to be vaccinated against COVID-19 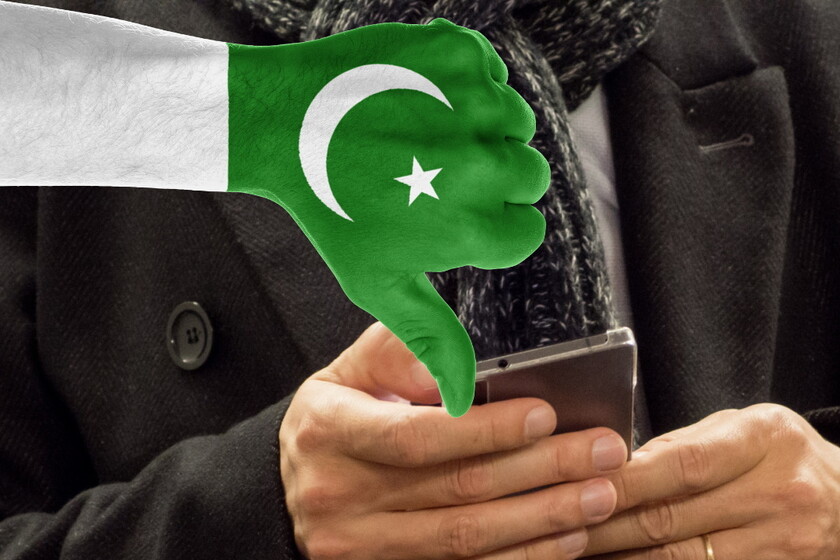 We have been in a pandemic for about a year and a half, and governments seem to be betting everything on mass vaccination in order to return to a certain normality. And in that search for a high percentage of vaccinated, they seem to be determined to take measures that go from the 'curious' to the extreme.

If a few days ago we learned that the United States, given the slowdown in the rate of vaccinations, had decided motivate the reluctant with prize lotteries (in which you can win from guns and trucks up to a million dollars or university scholarships, going through hunting and fishing licenses) or resorting to dating apps, now we discover a country that has decided to do without the carrot and go directly to the stick.

Either you get vaccinated or I'll take your mobile

And it is that the regional authorities of the province of Punjab, in Pakistan (the most populated in the country, in fact), have decided that those citizens who refuse to be vaccinated will have their SIM card deactivated. A measure that is even tougher than it seems, because in many areas of the country the smartphone is the only computer and the only Internet connection of which many of its inhabitants can have.

Already last week, the Twitter account of the Punjab Health Care Department warned of the approval of this measure, waiting for the national authorities to give it the green light. Days later, the media reported that the Punjabi government was already working alongside the Pakistan Telecommunications Authority to implement your plan.

From what is known for now, a deadline will be announced to the public up to which people will have room to agree to get the COVID-19 vaccine (remember that in Pakistan vaccinations are being carried out without an appointment). Once this limit is reached, the SIM cards will begin to be deactivated of the 'rebels'.

Mobile SIMS of people not getting vaccinated may be blocked, it was decided in Cabinet meeting under the chair of Minister for Health Dr. Yasmin Rashid at Civil Secretariat. The government will open walk-in vaccination of over 18 years of age group. pic.twitter.com/VXJWAWGzkd

According to Punjab Health Minister Yasmin Rashid, the reason the authorities are doing "everything possible" to force people to get vaccinated is that those who refuse are, in their own words, "putting the lives of those already vaccinated at risk".

The regional government trusts that this measure will allow them to accelerate the rate of vaccinations to the point of being able to meet the target assigned by the federal government: 67 million people by the end of the year. The problem is that, between February and June 1, they had only been able to vaccinate 4.2 million.

Not even the doctors trust (and the fault is Bin Laden)

Another Pakistani province, Sindh, has also put punitive measures on the tableAlthough in his case they consist for now of withholding the salaries of officials who refuse to go through the vaccination centers.

Pakistan is a particularly low supporter of vaccines: not only 30% of its citizens declared not being willing to wear the COVID-19 before the vaccination campaign began, but the percentage of those who have the same opinion among health professionals remains at 20%.

Interestingly, one of the main reasons for this mistrust is related to Bin Laden and the CIA: the whole country remembers that the founder of Al-Qaeda (who was hiding in its territory) could be identified and killed by the US agency thanks to a fake vaccination campaign that only sought to collect DNA samples.

Via | Reclaim the Net