9 things that WhatsApp has and not Telegram 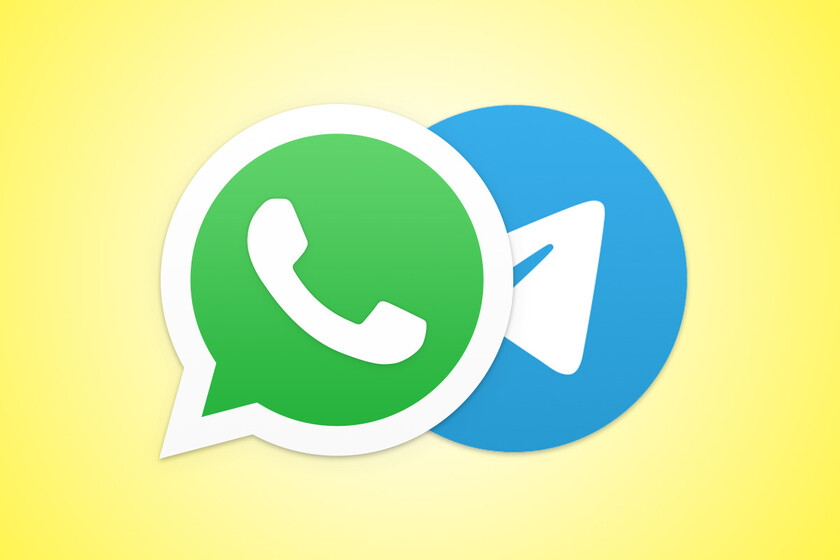 WhatsApp and Telegram are both two of the best messaging apps. They have their similarities and differences and Telegram is generally considered to have the same as WhatsApp and more. In most cases this is the case, but there are certain functions that are in WhatsApp and not Telegram.

Each new Telegram update comes with a handful of benefits, while on WhatsApp the changes are slower. The result is that Telegram has accumulated a lot of features and improvements beyond those present in WhatsApp, but there are still Nine things that Telegram does not have yet, but WhatsApp does. Let's see which ones. 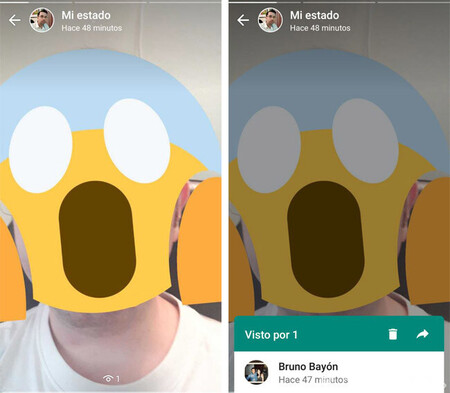 Stories like on Snapchat, Instagram, Facebook or so many other apps: you either love them or you hate them. If you want them, They are on WhatsApp but not on Telegram. The good thing is that in WhatsApp the stories do not take too much prominence in the interface, being in a separate tab.

That is, if you want to see or post stories, you can, and if not, all you have to do is ignore their existence. At the moment Telegram has nothing similar, if we exclude the fact that old profile photos are kept when changed unless you delete them, so you could have a similar effect with them. 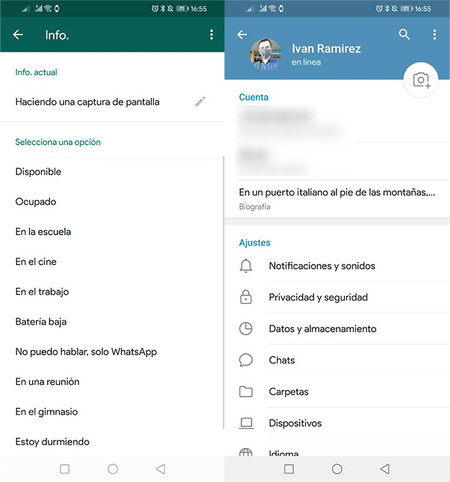 WhatsApp stories came as an evolution of the text states. Since then, the old statuses of "Available", "Busy" or "In the gym" have lost some prominence, but are still available on WhatsApp.

On Telegram, the closest thing there is is the biography, which you can edit at will, although you start from a blank canvas in each case, while in WhatsApp you have several predefined messages. That is, although you can technically achieve something similar, it is not intended to be used in this way. 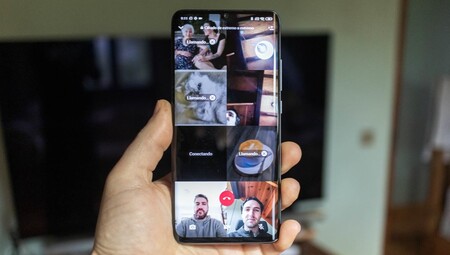 Here it is quite possible that Telegram is about to overtake WhatsApp on the right, but today it is still one of the differences between the two applications: group video calls. They are on WhatsApp, but not on Telegram, for now.

Telegram is preparing its group video calls, with added functions and one more style to Zoom, but at the moment they have not yet officially arrived. Namely, in WhatsApp you can video call up to 8 people at the same time and on Telegram, for now, one.

Different backgrounds for each chat 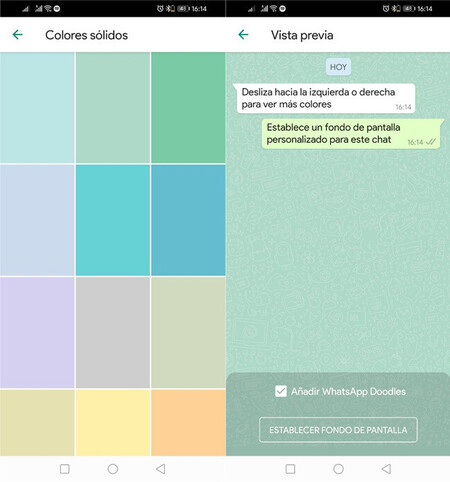 Telegram is a superpower in personalization, but there is one aspect where it has lagged behind WhatsApp: be able to put a different background for each chat, something that can be done on WhatsApp since the end of last year.

In Telegram you can change the color of almost all the elements of the interface as you wish, and it includes many options to change the design of the background of the chats, but changes apply to all chats.

Both Telegram and WhatsApp have end-to-end encryption, but with one fundamental difference. WhatsApp applies it to all chats without exception, and Telegram only to secret chats.

The rest of the chats are encrypted with the MTProto house encryption. This does not mean that Telegram is insecureBut security experts still prefer the old acquaintance of tried-and-true end-to-end encryption. 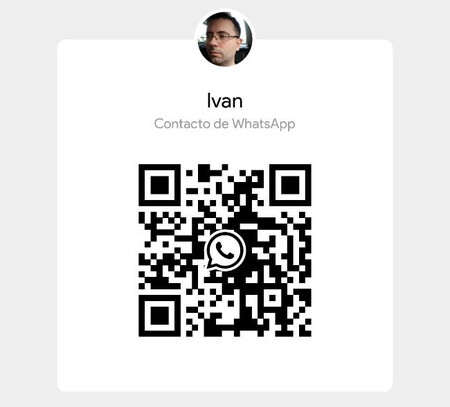 QR codes are more fashionable than ever, and in WhatsApp they can be used for several things. For example, to share your profile with another person or add someone easily, without having to add your number to contacts.

Telegram has the advantage of being able to configure a username for your profile -Accessible from a link- which makes it easy for someone to add you without having to type your phone number, but does not include the functionality of adding via QR code. Power, you can, but you will have to generate and scan the code of the link to your profile manually. 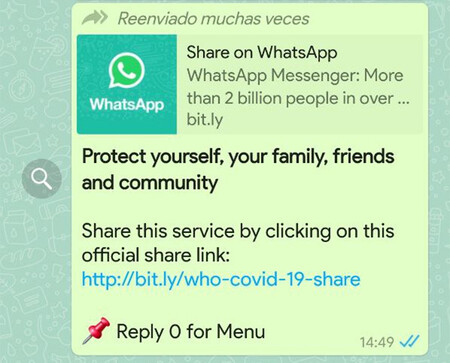 With the amount of hoaxes that run through messaging applications such as WhatsApp, the application decided to try to curb fake news. To do this, the resends are limited and a notice on messages that have been forwarded many times. It is something like an indication that you are careful: this message has not been written in the handwriting of that contact, but is being forwarded without stopping.

In Telegram, it is shown who wrote the original message if this option has not been hidden in the privacy settings, and it is also indicated that a message is forwarded, but there is no difference between a message forwarded once or a million. 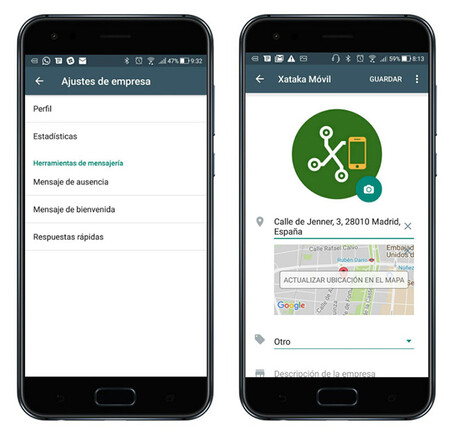 For better or for worse, Facebook has been trying to monetize WhatsApp for a long time. One of the modes is focus service to companies, as a relatively simple and common way of communicating with customers: by WhatsApp. For this, the application launched WhatsApp Business a few years ago.

On Telegram nothing prevents you from creating a company account and do all kinds of adventures with the help of bots, but it is more complicated than downloading WhatsApp Business, filling in the profile and adding products to the catalog. 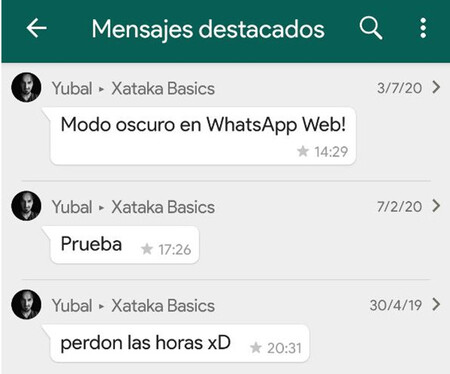 One last thing that is in WhatsApp and not in Telegram are the featured messages, something like browser favorites, but in chats. You mark messages with the star and later you have them at hand from a special section.