With Game Builder Garage, Switch players will be able to create their own video games 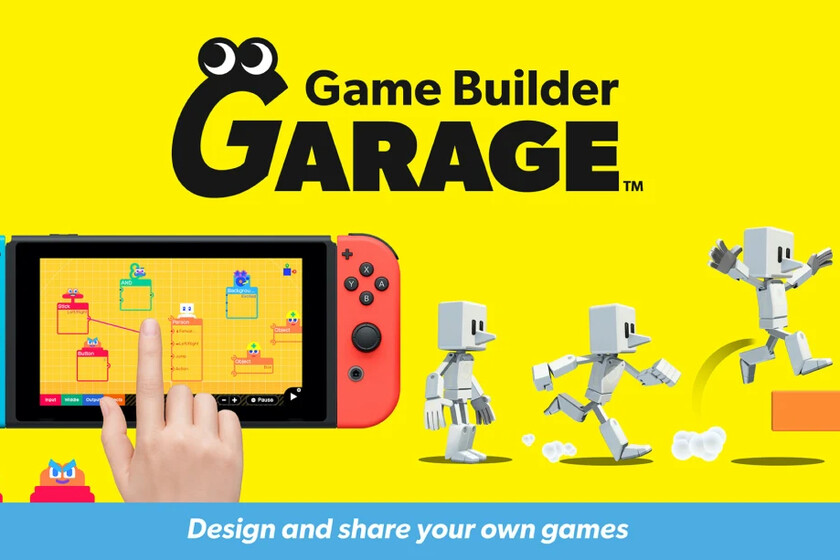 Nintendo has just announced one of its next major releases: Game Builder Garage, a new title for the Nintendo Switch that will arrive in June 2021 and that will allow design and share your own games.

If this sounds like Roblox to you, that's because it is, up to a point. According to Nintendo, Game Builder Garage is not a "game" as such, but a "software to learn the basics of video game design and visual programming".

The game that is not a game but is a tool to create your own games, poses a very simple way to create video games step by step using the controllers of the Nintendo Switch and the touch screen, although it will also allow the connection of a compatible mouse. And although you will be guided through the basic functions through different lessons, the limit is set by your imagination.

This is intended so that it can be used by children or adults. In the preview shown we can see how connecting to some colorful creatures called Nodon, you can assign orders in particular.

There are dozens of commands, each with its own functions, whether it be to move characters, create blocks in a world, press buttons, or add sound effects, for example. There is all an included "Nodopedia" that explains about all the available functions. 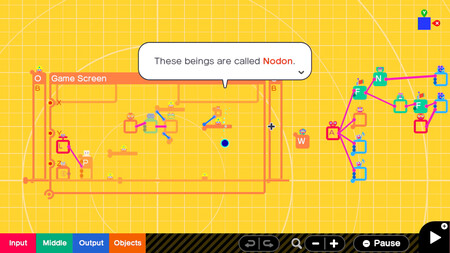 Game Builder Garage will also allow you to connect a USB mouse compatible with the Switch when connected to the television.

At any time you can switch between "programming mode" and "game mode" to see how your creation is looking instantly. In addition to learning to "program" your games, of course, its own gamification layer is also added, with "achievements" or checkpoints to test your skills.

In total, Game Builder Garage will include lessons to build seven different games, all with completely different styles and mechanics so that the player learns to handle most of the basic tools and becomes familiar with the possibilities it offers.

As is usual in this type of tool, if we compare it with something like Roblox or Dreams, it does not matter if you are not good at creating your own games, since you can always access the creations of other players, since the The idea is to publish the games you create online.