Wikipedia has 300 million dollars and has broken its donation forecasts ... but it keeps asking you to donate 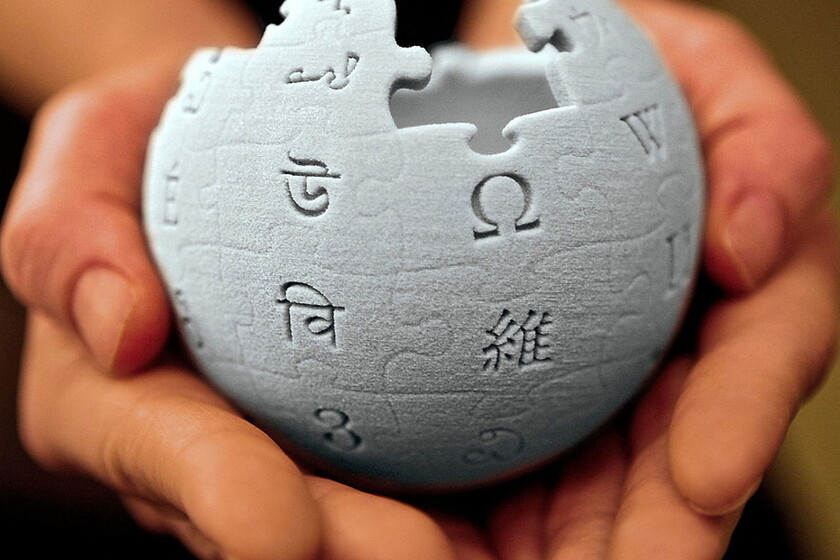 "Dear readers, Let's get to the point. Today we ask you to help Wikipedia. protect our independence, you will never see ads on our page. We survive thanks to donations of an average of € 10. Only a small part of our readers donaten. If all the people who read this message donated € 2, our collection would take place in one hour. " Does it sound familiar to you?

Currently the Wikimedia Foundation, owner of Wikipedia (and Wikisources, Wikidata, Wikiquote, etc), is about to reach the goal that was set in 2016 to enter 100 million dollars in donations… Over 10 years.

Namely, has achieved the goal set in half the time they thought those responsible for the encyclopedia. This is mainly due to generous donations from Silicon Valley giants such as Amazon, Google or Facebook.

That Wikipedia has funds worth more than 90 million euros to operate until 2026 is good news ... especially because, actually those funds are much larger.

That amount corresponds only to a specific donation fund launched together with the Tides Foundation in 2016, but In total, the Wikimedia Foundation today has about 300 million dollars, as recently revealed by Daily Dot.

In fact, according to an internal document, in the first nine months of the current financial year alone, Wikimedia has raised $ 142 million in donations, and in the last five years he has seen his total funds increase by $ 200 million.

This may come as a surprise to Wikipedia users (and especially donors) who are used to seeing the fundraising announcement we talked about at the beginning of the article. You know: the one about "Wikipedia needs you".

If Wikimedia is a non-profit organization, it doesn't pay the authors of its articles and it already has tons of dollars… why does it keep asking for more money? 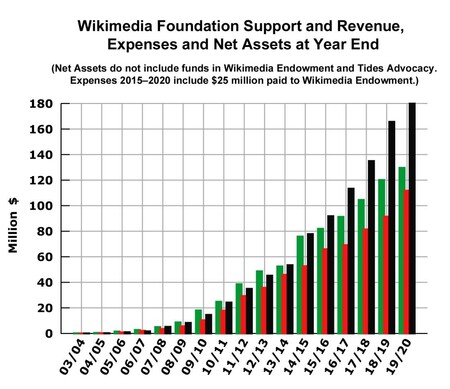 According to the Daily Dot, if the financial statements published by the Wikimedia Foundation show a growth of their funds of 100 million dollars, instead of the 200 indicated above is because he has been making 'self-donations' to the Fund. Tides that are counted as expenses.

None of that constitutes a financial irregularity in any way, but many Wikipedia contributors they have made their surprise public in the networks after the revelation of the Daily Dot.

Volunteers from countries in crisis: keep donating to a project with full coffers

What do you need the Fund. Wikipedia so much money ?, they wonder; What is it spent on? And above all,why you keep asking users for donations, implying that the continuity and / or independence of the project is in danger?

And why have they continued to do so during the pandemic crisis, even in economically damaged regions such as India and Latin America ... even resorting to show crying emojis to users who close donation banners?

All this uneasiness adds to the fact that the Foundation is about to launch a for-profit affiliate, Wikipedia LLC, with the mission of opening another avenue of income through the commercialization of API services to large technology companies (that is, to your largest donors), intended primarily to provide information to voice assistants.

The Wikimedia LLC project generates concern among 'the Wiki' volunteers, who see how each one of its editions in an article of the same generates something more than 4 cents of dollar in profit. And, meanwhile, the foundation has 500 employees, of which almost 10% are dedicated exclusively to fundraising and whose managers earn up to $ 400,000 a year.

Back in 2016, a Wikipedia editor named Guy Macon published a report warning that the viability of the project was in jeopardy ... due to the pace of expenses of the foundation and, above all, because the spending priorities were not correct.

He accused those responsible for having created a caste of professional bureaucrats around Wikipedia, and cited criticism from former executives who claim that the amount of money spent is not in line with the results achieved.

The point is that, rather than saving Wikipedia from imminent closure, the foundation seems to have ambitious plans in mind to become, in the next decade "in the essential infrastructure of the ecosystem of free knowledge".