We tested Android on the Nintendo Switch, the best way to turn the console into a tablet 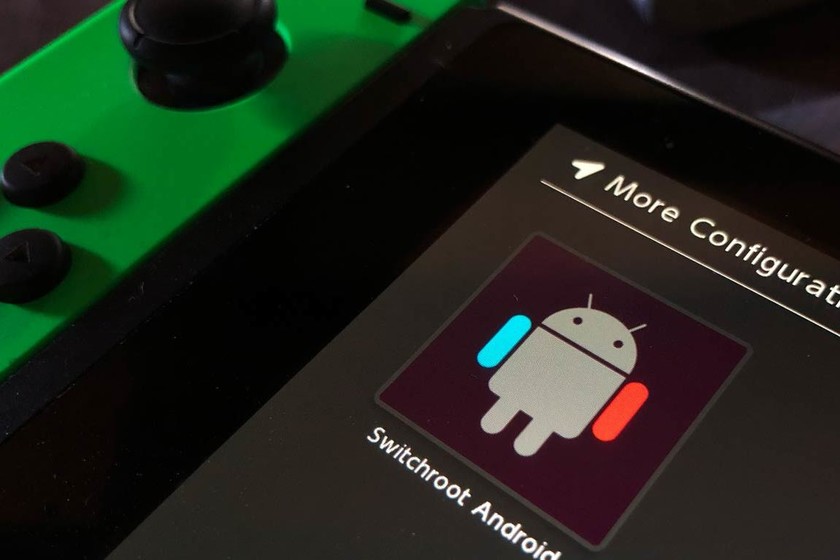 We were able to test the first version of Switchroot, a Android emulator for the Nintendo Switch, in our particular console. And the truth is that it worked quite well despite being unfinished software: Google's system starts up, offers the option of installing its applications and extending the uses to the already versatile Switch.

When we refer to the fact that Android is suitable for almost any device, we usually assume that it is such that it is so, so we are not surprised to see the mobile operating system in refrigerators, watches, televisions and even consoles. And if they don't bring it as standard maybe you can install it; at least if the device in question has a screen, buttons and processor. For example, on the Nintendo Switch, an alternative to machine software that opens the door to all kinds of apps and games.

How does using Android on the Nintendo Switch feel like? Well, the truth is that it is more comfortable than it seems, as if the console was almost made for the operating system. Although that yes, we do not recommend it: both the process and the instability advise against the installation. 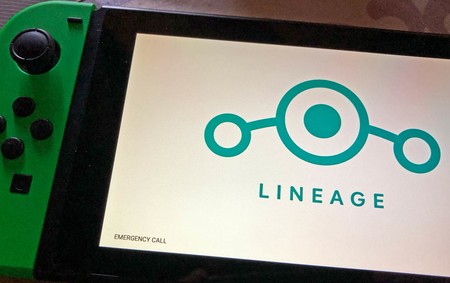 Switchroot is a group of developers who managed to adapt Android to the Nintendo Switch thanks to a Lineage OS ROM. The specific version of Android that we installed was 8.1 Oreo without the Google Apps; so we had to install the Google applications separately to enjoy the Play Store on the console. In addition, the process is not too simple since you have to use Nvidia's 'xploit' taking advantage of Hekate. In case the idea of ​​trying it appeals to you, always at your own risk and expense, the complete installation process can be found on XDA Developers.

Despite what it may seem, to start Android on the Nintendo Switch you do not need to flash anything on the console since all the installation (ROM, Apps and added applications) is done on a micro SD card. This fact also has a drawback: the speed and stability of the system are compromised, especially the jump between applications and startup. Beyond here, the truth is that it does not involve too much problem, not even in games with a high graphic load, such as GTAs (you had to try it).

Once all Google applications have been flashed in the SD, and after the first launch of Lineage OS, the interface remains like that of an Android tablet. The Nintendo Switch offers a touch screen, allows you to use the game controls directly in the applications, connects via WiFi without the slightest problem, offers what anyone expects on an Android tablet and, once the Google Apps are installed, you have access to the application store to download any app or game. In addition, the Nintendo Switch can take advantage of the enormous number of emulators that are for Android, a great advantage; even though the scene on the Switch is already quite advanced and may not pay as much.

A console that becomes an Android tablet 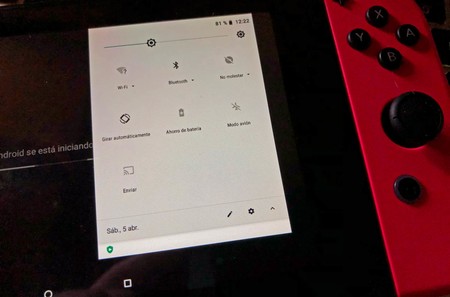 That you bought the console to use it as such and now you would like to expand its possibilities in the form of an Android tablet? Well, Switchroot makes it possible, in everything that the term 'tablet' implies. Browse the Internet thanks to the pre-installed Lineage OS browser or with Google Chrome, access all Android mobile games, enjoy the available emulators and have at all times a leisure alternative to the one offered by the Switch. What do you want your movies or series? Well, Switchroot makes it possible: just add the content to the SD and use a video player. Applications such as Netflix can also be installed, although this does not appear in the Google Play store.

We cannot say that the operation is extremely fine since it is still a foreign operating system loaded from an SD memory, but this also has its advantages. The main one is that console files are not modified, so there is no risk of 'bricking' (it is always advisable to make a backup of the NAND, just in case). In addition, with a large card you can download a considerable number of Android applications and games, also video and music. And one last important point: just remove the SD, and put it on the computer (or on a mobile), to add content directly to the system. From Apks to MP3 songs. 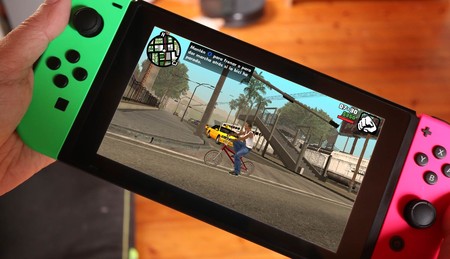 But let's get to the bottom line: how do you play Android games with the Nintendo Switch? In casual titles, and using the touch screen, there are no major differences since the touches and swipes are identical. And for those games that are compatible with physical controllers, they are more enjoyable with the Switch. Having the controls integrated into the 'tablet', all with fairly contained dimensions and weight, is a notable advantage since greatly facilitates game control. From our tests, there are titles that do not work properly, but there is a Switchroot patch that improves compatibility with controllers, especially with titles like Grand Theft Auto.

To use the controllers of the Switch with Android games, you have to pair them manually via Bluetooth

Since the Nintendo Switch has a high-level processor and GPU, the graphics quality in games remains at the highest; all despite certain jumps in frames and delay in loadingDue to the fact that the SD card is used at all times and a system not designed for the device (with a fast micro SD the inconveniences are minimized).

Suitable for those who want to experiment 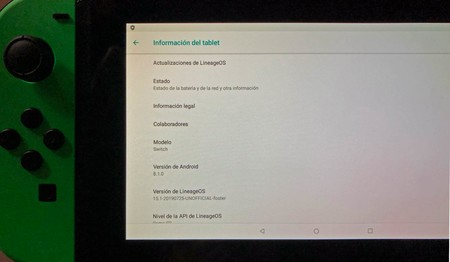 As usually happens in the modifications that are carried out on the devices, installing Android on the Switch is not the most recommended since it is a somewhat cumbersome process, It is good to know how the operating system is modified and it carries some risk of damage to the console. Beyond here, the Switchroot developers achieved a great achievement since having the Android productivity environment, along with everything that the Google Play Store offers, significantly increases the possibilities of the Nintendo Switch. 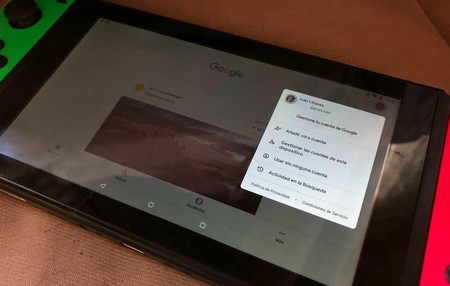 Based on our tests, the experience entails the logical inconvenience of a system not developed specifically for the Nintendo Switch, but without this tarnishing the pure tablet experience. We can install applications, games, enjoy streaming apps and even load titles like GTA San Andreas directly from Google Play; enjoying them thoroughly thanks to the console format of the Switch. Without a doubt it is the best since, having the Android option, we can always choose between load this operating system or the Switch at startup in order to enjoy a tablet or purely console experience. You just have to have the tools at hand to load the Hekate payload (it can be done from an Android mobile using RCM Loader) and in a few seconds Switchroot with Lineage OS is available through the screen of the Nintendo Switch. Android clean and ready for endless possibilities.

We found it a curious experiment and a demonstration of how far a console can expand: the enormous work done by the Switchroot developers is commendable. It is worth following the steps to this modification.