We may not accept the new WhatsApp privacy policy ... but we will lose functionality until we change our mind 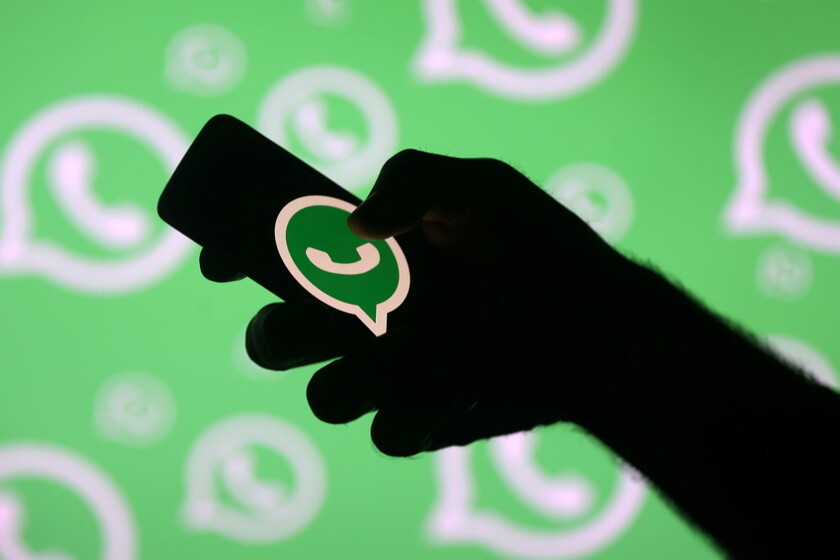 On January 20, WhatsApp announced an imminent change in its privacy policy that, in addition to other minor changes, would allow you to share your users' data with the social network Facebook (remember that both platforms belong to the same company).

Although the European Union was excluded from the implementation of that particular change (thanks to the GDPR), the controversy that was generated globally led WhatsApp to postpone the application of the new terms until May. Specifically until - now imminent again - May 15.

It had been announced that, after May 15, users who did not express their acceptance of the changes to the privacy policy they would see how their account was deactivated. However, late last week we learned that the company was backing down on its plans.

Now, as you can read in the official WhatsApp FAQ,

But that does not mean that we can reject the update of the privacy policy without consequences. First, "after several weeks, the reminder [de aceptación] it will become persistent. "

From that moment on, we will have "limited access to WhatsApp features" until we accept updates… An access that will become even more restricted after other weeks accounts (the exact amount of the same is not specified in any case). 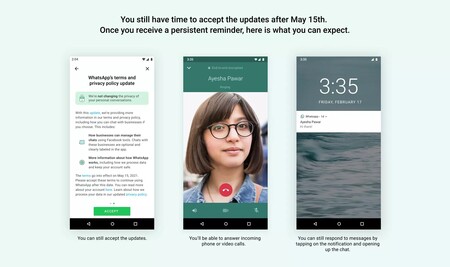 This, they warn from WhatsApp, "will not happen to all users at the same time." In any case, The two phases that all users will go through will be the following:

If we decide not to continue using the WhatsApp account after these restrictions, we will continue to be able to export the chats and download a report from our account. But they remind us that, if we want to go one step further by deleting the account, we will lose all our message history, our backup copies and our link with our current WhatsApp groups.