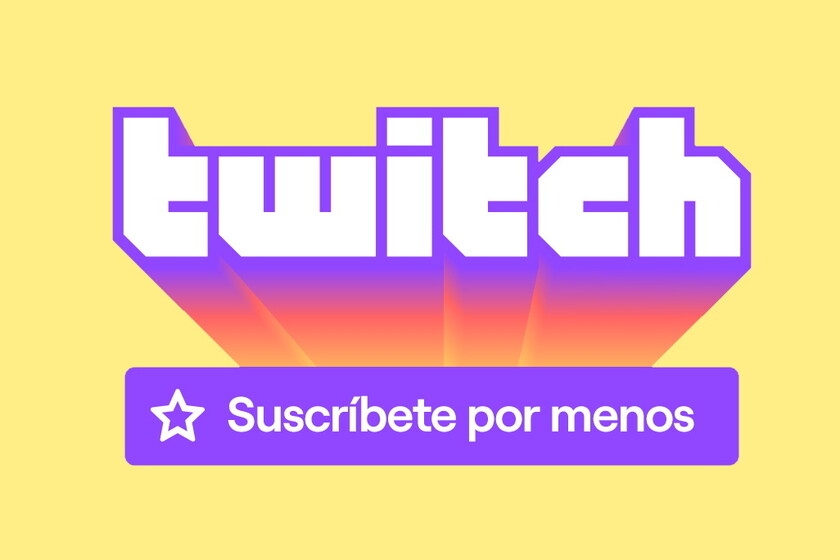 "Building global communities with local subscription prices" - that's the title of the latest post from Twitch leaders on their corporate blog, with which they the leading streaming broadcast platform has announced what will be its new pricing policy.

Twitch has now taken this step because has been applying to all areas of the planet a price level adapted to American pockets ($ 4.99 for Tier 1 subscriptions), which is a barrier to millions of potential subscribers.

A barrier that Twitch has perceived and quantified:

"The percentage of active users who, in Europe or Asia, support creators with a subscription is approximately 50% lower than in North America. In Latin America it is almost 80% lower."

Thus, users from most countries (except for the United States, Canada, Switzerland, Israel and Japan) they will see how subscriptions are lowered according to the cost of living in each region. According to Twitch estimates, the price reductions will be "significant."

The measure will enter into force as a pilot measure next Thursday, May 20 in Mexico (it will be worth 48 pesos) and in turkey (9.90 lire), and it will not begin to reach the rest of the world - including Spain - until the third quarter of this year.

"This gradual rollout will help us ensure that we provide the community with a smooth and successful experience."

Drama is coming for many streamers

This, while certainly good news for most users around the globe, will also generate concern among content creators. And it is that, although the platform trusts that their income will grow "in the long term", they are aware that at first the effect will be the opposite: a reduction of the same by reducing the fees contributed by its subscribers.

To prevent this (or, at the very least, to soften the impact of the measure), Twitch has already announced a program aimed at compensating some 'streamers' due to its foreseeable fall in income during the next 12 months.

"Twitch will cover 100% of the revenue from the base channel and Prime subscriptions for three calendar months, including the month the price change takes effect.

After this time, we will gradually reduce the incentive payments by 25% every three months for the next 9 months. "

But beware we only say "some" streamers because they must meet certain criteria to be eligible:

"As long as the creator streams at least 85% of their baseline live hours in a month and meets other eligibility criteria, we will pay that creator an 'income adjustment incentive' to offset any loss of subscription income. with respect to the average income of reference ".

If, during those 12 months, any creator exceeds their average earnings, "they will receive that higher amount and not the incentive payment; however, they will continue to be eligible for it in the following months."