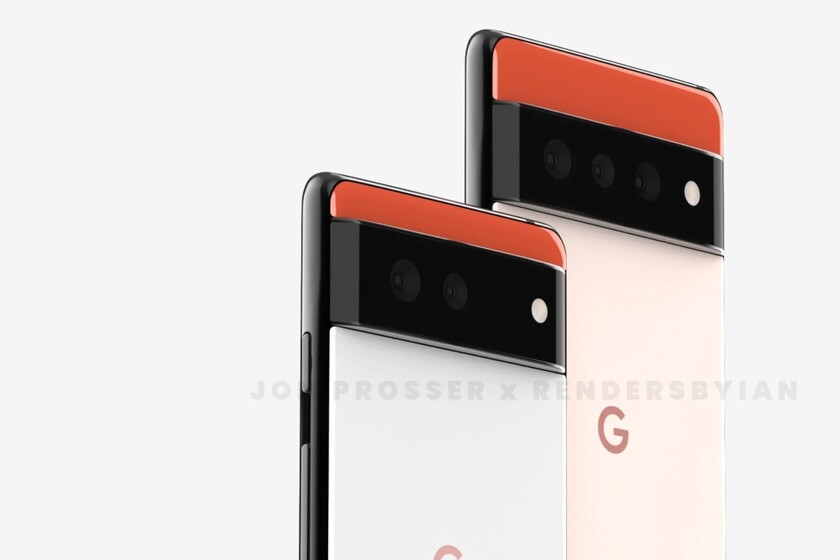 We still have several months to attend the arrival of the new Pixel phones from Google but we have been receiving leaks of the characteristics of its sixth generation for some time. As for example, that they will release a processor designed at home and that for now receives the code name of WhiteChapel.

But now we have received something with more juice, the leakage of some renders built on the basis of leaks and that, for what they count usually well-informed sources, would be very close to what we will see presented in the month of September. Of course there is nothing official here, that will happen when Google presents the phones, but there are several leakers who agree that the designs are authentic so it's worth stopping to take a look at them.


So are the filtered images of the Google Pixel 6 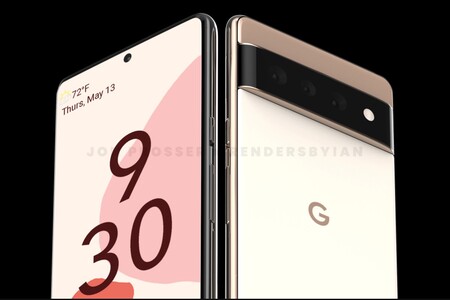 And of the Google Pixel 6 Pro, because the latest leak speaks that we would have a larger model with the surname Pro. If this turned out to be true, Google would return to the pairs of phones that it marketed up to the Pixel 4 but replacing the last name XL with the last name Pro. There is no trace yet of a possible Pixel 5a, by the way, at least not to date.

The images partly coincide with what we have seen in previous generations of the Google Pixel, such as the front with hardly any frames offering a practically symmetrical design that in this generation bets on centering the hole for the front camera. On the Pixel 5, remember, the hole for the camera was located in the upper left corner of the panel. 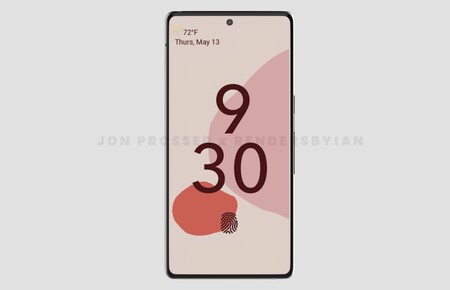 The button panel of these Google Pixel 6 appears located to the right of the phone, with the power button positioned above the volume buttons and without any additional buttons. The Pixels have already used the touch frame functionality to launch the Google assistant, so we would not be surprised if this movement was repeated. Especially knowing that Android 12 already plays with adding more options to the power button, specifically the option to open Assistant from there for noisy environments or when we do not have 'Voice Match' configured.

My buddy @jon_prosser just posted these Pixel 6 and Pixel 6 Pro renders. If these are legit, I'm super excited for the Pixel 6 Pro! Love this design. pic.twitter.com/7xOwkqO0Dc 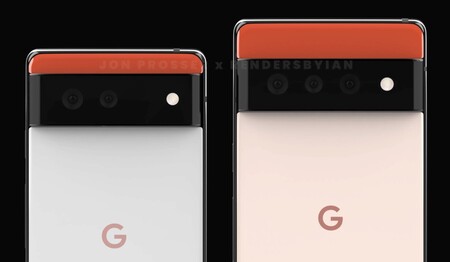 Taking a look at the rear, we see two phones with different sizes and with the camera module sticking out clearly from the back of the phone. This module would grow in a curve from the edges and then run across the back of the phone across the width and flat. It would be necessary to verify the stability that this design would offer to the phone. Here you can see another difference between the two models since the Pixel 6 Pro has more tinted surface on the module than the normal Pixel 6. Industry sources speak that these colors are preliminary, as the Pixel 6 appears in white and red, in light pink and red, in cream and beige and also in white and orange. With the module always black, of course. 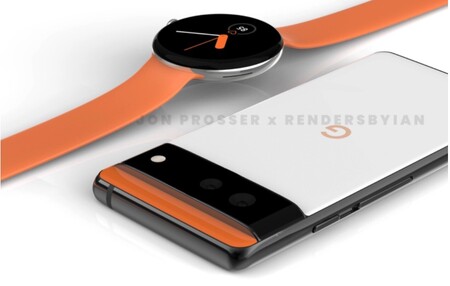 Next to the orange design it appears filtered, in fact, the future Google Pixel Watch, the watch with Wear OS from the North American manufacturer that has also been timidly leaking for some time. We will see how much truth there is in these designs once the phones are presented and then we will definitely know if the design is correct, if the Pixel 6 Pro is real and what is the exact function of the future WhiteChapel chip because the options are several: a chip of security, a photo co-processor or even a main processor of its own.