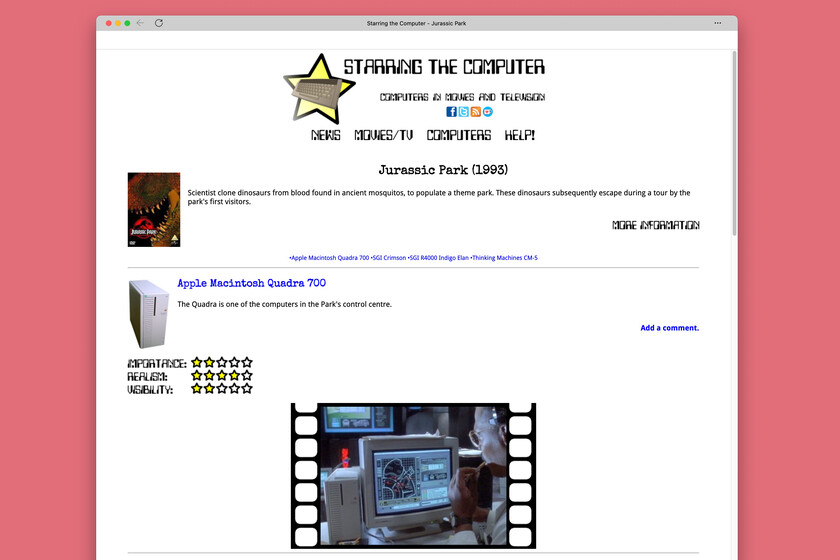 Starring the Computer is a website that is dedicated to analyzing the use of computers in motion pictures and in series and television programs. Appear a computer in the cinema or TV and is cataloged and classified according to its importance (that is, how important it is to the plot), its realism (how close the team's appearance and capabilities are to the real ones), and its visibility (how good it looks).

It is a very curious website where one more curious fact is added: fictional computers do not count for this study (unless they are built with bits of a real computer).

It is open to the public and if any user reports an error in the analyzes carried out or wants to add more, they have a direct communication channel for it. And is that even the creator of this site claims they have a list of pending content to work on and that it's "pretty messy." 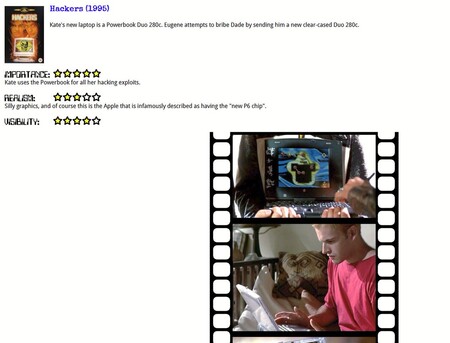 Now we are going to learn how to get the best out of this interesting website. On the one hand is the news section where the latest news that have been integrated into Starring the Computer or summaries of the discoveries are included like: "Here are eight feature films that include 8-bit computers," followed by a listing of those eight movies.

On the other hand, it is "Movies / TV" with the list of contents that the movies and series are already analyzed first that start with numbers and then all the others in alphabetical order. What there is not is a search engine, so you will have to search manually. And with the name of the title in English, because most of the analyzed are from the United States and some maintain their title in their original language.

Upon entering, there are the three aspects that are discussed. We go with "Coyote Ugly" or Bar Coyote in Spain, a film of the year 2000 in which the protagonist, Violet, wants to succeed as a songwriter and to earn money in the city ends up working in a cocktail bar where she has to dance on the bar with many men altered by the women who are dancing. The same web Starring The Computer makes a mini summary of the films of which it is going to analyze later the use of the PC.

In the case of Bar Coyote, Violet, the main character, buys an iBook that will help him produce demo CDs of his music. The same website also specifies that information: for what or when does the team appear. The importance of the iBook in the plot is three stars out of five. Realism is four out of five and the analyst specifies why: in this case it looks like a mock up. Finally, the visibility of the PC, which is three out of five. 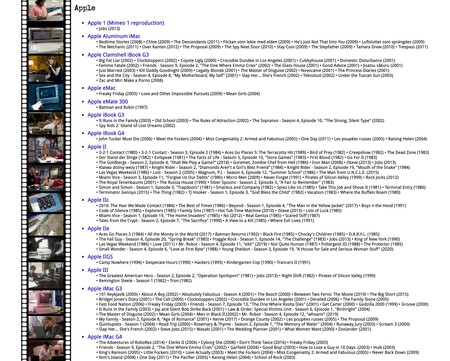 In addition, another of the sections offered by this website is "Computers" where again in alphabetical order (first brand and then model of the equipment) you can search for the PCs you want to know where they appear and in what way. For example, you want to remember the importance in the cinema or the series of the "Raspberry Pi Foundation Raspberry Pi" at the time. Well, you can see that it appeared in various contents.

So you can see the information of where it appeared and, again, the importance of the team in the plot, realism and visibility in each of the films or series where he had a presence.