This new Windows XP design has much better details than its commercial version, and it is a pity that it never reached the system 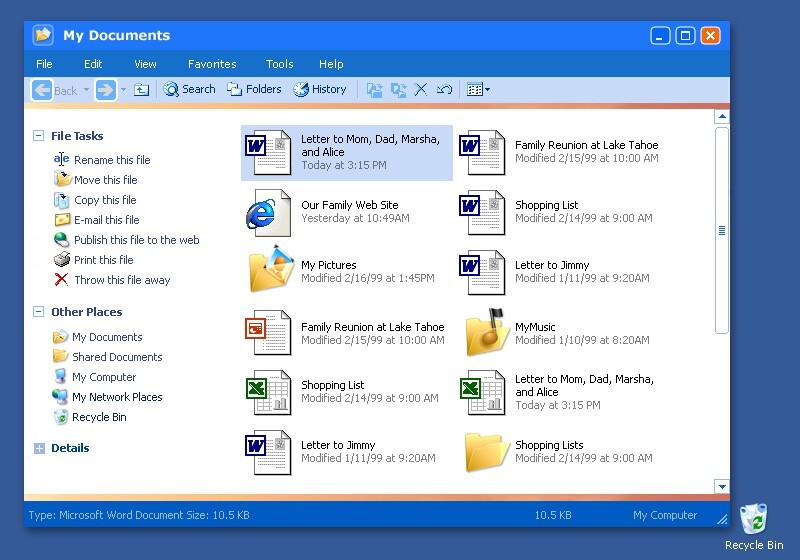 22 years ago, in 1999, began the development of the new millennium operating system, which it would end up being one of the most used and famous in history, Windows Xp. However, before being called that, internally, XP, the 'eXPerience' system, was known as Whistler, which referred to the place where many of the Microsoft employees ski.

With Whistler, Microsoft wanted to do a great job joining environments, but for the user, the most important thing was the Luna visual aesthetic that ended up arriving with XP. Now, thanks to the Twitter account @beta_collector, we know the style from the pre-development design phase.

A design with inconsistencies, but that has aged better than Luna

Windows XP was codenamed "Whistler." Today, I present to you a prototype image from the design phase prior to development! I think it's really interesting looking back at this and seeing how the UI went from this, to "Watercolor" in beta builds, and finally to "Luna" in XP. =) pic.twitter.com/BpWWUzJMUP

According to BetaCollector, this image is prototypical, that is, that It was the result of research work in the design phase, but it is not a capture of the final product (Windows XP) running. In that sense, it must be said that the image shows many inconsistencies, as taken from different parts of Windows, and that XP finally integrated the toolbars, menus, etc. much better.

XP's design was never highly praised, not even in its day. With a design like this it probably would have been different

I think it is worth pausing on certain details such as the top of the window, where the title bar is. Blue is flat, versus the variation of blue in XP's Moon theme. The same goes for the red and blue of the minimize, maximize and close buttons. They look not only smaller than in XP, like the blue bar itself, but flat and better integrated with the window. 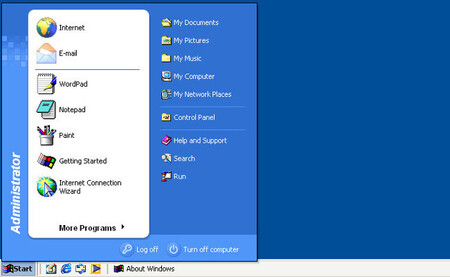 The Start Menu in Windows Whistler

The same is true of the start menu button and the taskbar, as well as the outlines indicating which windows are open. Everything is flatter and less cluttered than in the final version of XP and the Moon theme. And where there is degradation is the place of the hour. If Windows 8, 10, iOS and Android hadn't gone the way of the flat design, maybe this design we would not like (in fact there are parts of the image that even well integrated have no place in the current design).

But it was not like that, and from Windows Phone, iOS 7 and Android Lollipop with Material Design, designs like this one from Whistler like more and more. We can say that, Conceptually, Microsoft was well ahead of its time, although later it ended up staying in a more classic and ornate style that has aged better.

Given the great response to the @Windows XP codename "Whistler" picture I posted yesterday, here's a teaser of some things to come soon ™. Yes, the thumbnail of that login mockup * does * predate the start of XP dev! @Microsoft seemingly envisioned Longhorn-like UI ~ 1999. 🤯 pic.twitter.com/GcoWfkKwf7

In this sense, in a new capture of a Whistler presentation shared by Betacollector, we can see how the XP login style in its design phase could look more like what was later not seen in the final phase in Longhorn (which would later be Vista), than XP itself. And all this, in 1999.

Yet another display of the great ideas and designers that Redmond has always had, but they have often done much less than what they had in mind. Regarding Fluent Design in Windows 10, for example, we know that the design team was thinking about "fluent" things from before 2015, but the engineers could not do anything to redesign the system until 2017. Even today, the system has much less than what they have been showing on their dedicated blog on Medium.