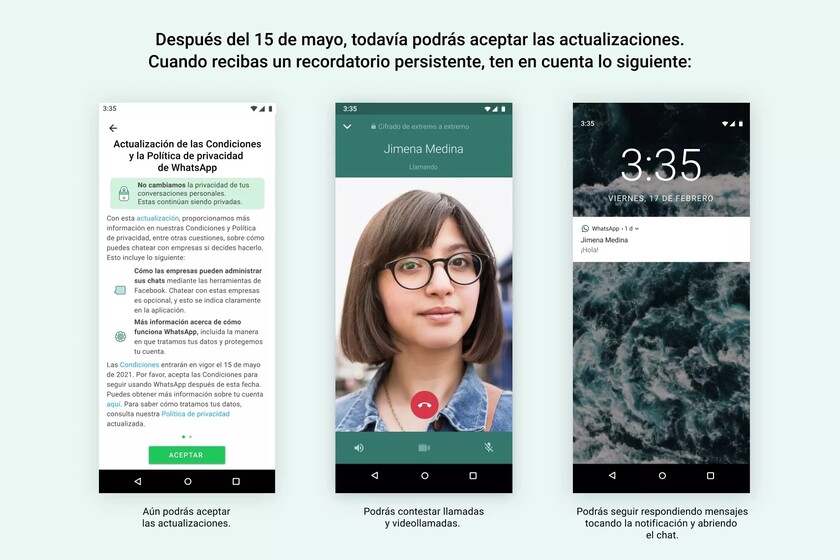 Today, May 15, the new WhatsApp privacy policy has finally come into force. Have you already accepted it or not yet? Either way, here we are going to tell you the consequences of this novelty in one of the most used and owned Facebook messaging tools.

In principle, the company said that on May 15, whoever does not accept the new conditions will see their account deactivated. However, at the beginning of this week they communicated that this will not be the case and that the behavior of the accounts will not be modified. Specifically:

"No accounts will be removed on May 15 due to this update and no one will lose WhatsApp functionality either. We will continue to remind people for the next several weeks."

Despite this, if you enter the WhatsApp questions and answers, the company does affirm that, at some point (not specified yet), functionalities will be lost and their use will be more limited, as we will specify later.

According to WhatsApp, the majority of users who have received the new terms of service have accepted them. What's more, warn that people who do not accept will receive reminders to accept in the future. They have not communicated what the frequency of these notices will be, but if it were high, many users would accept only to stop seeing them.

The power of mass complaints: only partial victory 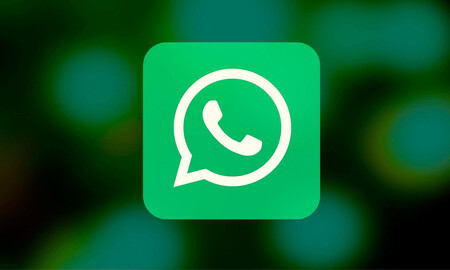 Although Facebook has not told why the decision change, everything points to the fear of losing more users. WhatsApp began at the beginning of January to show a notice informing its users of changes in their privacy conditions. In short, what you will do is share data with Facebook. Data such as the phone number of its users, account information, transaction data, metadata, interactions on the platform, Device Information...

If you can answer calls and video calls. If you have notifications activated, you can touch them to read or reply to messages and also to return missed calls or video calls. These limitations will come on a regular basis. Not to all users at the same time and it has not been specified when this will happen.

When the new privacy policy for WhatsApp, Signal and Telegram was announced at the beginning of the year they went on to register many new users en masse. And this could be a compelling reason for the Menlo Park company's change in plans. 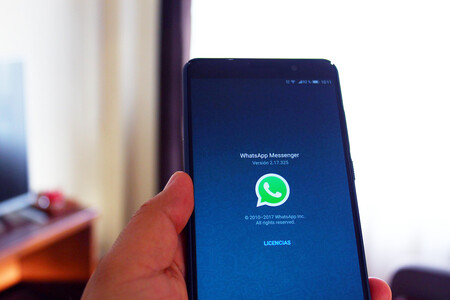 "Currently, Facebook does not use the information in your WhatsApp account to improve experiences with Facebook products or provide you with more relevant ads on the platform. This is the result of discussions with the Irish Data Protection Commission and other European data protection authorities. "

This is because users from member countries of the European Union use the WhatsApp Ireland Limited app and not that of WhatsApp LLC. Essentially means that it is a separate company that is governed by the Brussels rules and therefore protects users by offering them the conditions and agreements that have been reached with the European Commission.

Anyway, although it is supposedly not applicable, EU citizens must also accept the new terms of service to continue using WhatsApp and if not we will also be able to see certain limited functions. And there are nuances.

The same company has said that:

In the event that we decide to share data with Facebook companies for this purpose in the future, We will only do this when we reach an agreement with the Irish Data Protection Commission (company headquarters) regarding a future mechanism that allows us such use. We will keep you updated on new experiences we present and our information practices.

That is, if in the future there were new changes in European regulations, the situation would change. In addition, if as a user you communicate with companies that use Facebook's secure web hosting services, the company "can see the information you are sharing and use it for its own marketing purposes, which could include the use of advertising on Facebook."

At the same time, Facebook seems to generate distrust in Europe. For example, the Hamburg authority - each German state has a privacy regulator, while other European Union countries have only one national authority - has initiated the urgent procedure of the RGPD (General Data Protection Regulation) to "protect the rights and freedoms of German users"Its spokespersons have said they fear that the changes will allow WhatsApp" to expand data transfers with Facebook for marketing and direct advertising purposes. "