this is how it works in voice notes on WhatsApp Web 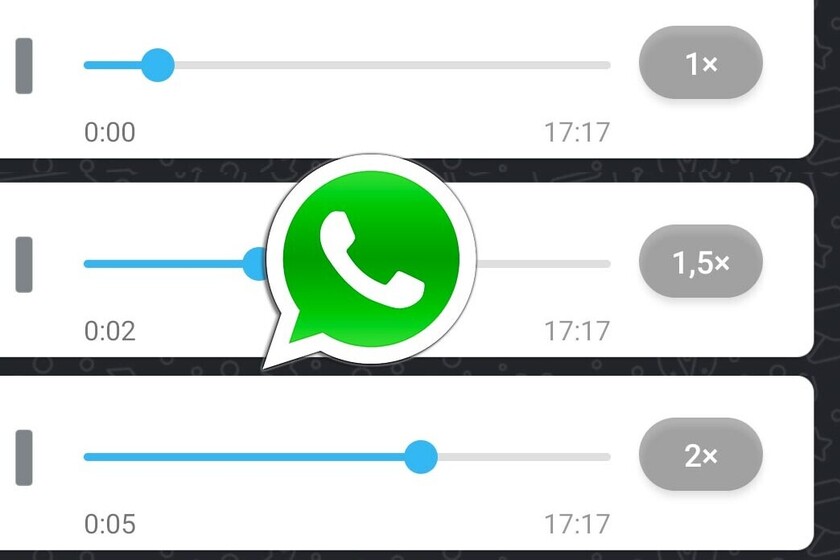 Since a few weeks, Android users have the option to increase the speed of WhatsApp audios or voice notes, but it is not yet a global function. To the iPhone, for example, I have not reached out of the beta, and as we have seen, to WhatsApp Desktop on Mac, either.

However, yes it has reached WhatsApp Web, the version accessed from the browser, which in addition to this change regarding the audios has added a notice each time it loads that indicates that there is end-to-end encryption. Let's see how audios work on WhatsApp Web.

Audios at three speeds, but without the X that appears on Android

The ability to speed up WhatsApp audios It will be liked by those who have friends or family who send them very long audios (or very slow). In WhatsApp Web, as in Android, the instant messaging platform allows us to choose between three speeds: 1x, 1.5x and 2x.

In order to speed up a specific audio, we must start playback. At that moment, on the photo of the person who sends, we will see a 1 (without X). If we press it, it will become 1.5x, and if we press it one more time, it will become 2. Something interesting is that if we reproduce an audio at 2x, the rest will remember that preference until we click on the number again to change the speed.

You may miss one that slows down the speed, because there is also the case of people who speak so fast that sometimes they are not understood. Going forward, as in podcasts (and that seems to be what some people record, it would be nice if silences were intelligently removed, and that does save time without having to speed up audio.