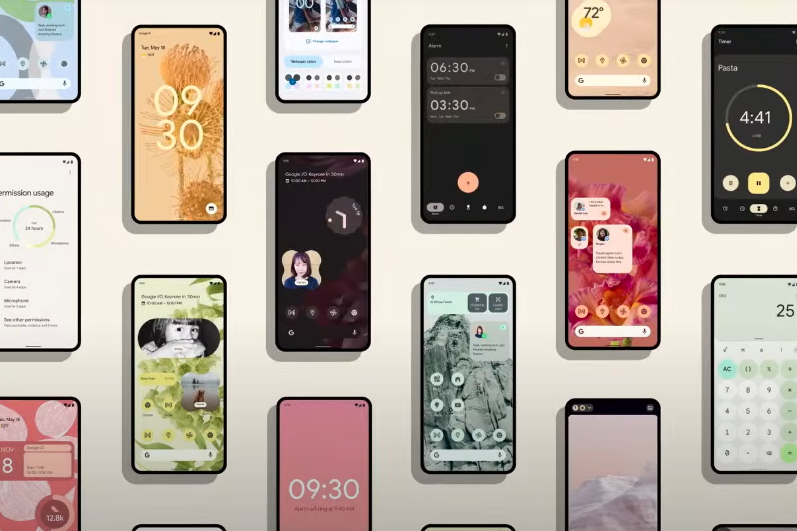 Although it is not yet in a stable phase, Android 12 is a reality, and with it there are already twelve major versions of the operating system. This latest version stands out mainly for being one of the most groundbreaking at the design level, the end of the Material Design era we saw with Android 5.0 Lollipop.

We wanted to take advantage of this change in design to review how the Android design has evolved from the first version to the latter. There have been many versions, multiple changes and a design language that has been changing until it reaches what was seen in Android 12.

Android 1 was born from the hand of the T-Mobile G1, and its interface was designed to be used both horizontally and vertically. It was a somewhat spartan UI, with a simple launcher that contained the basic applications and with quite spartan menus. 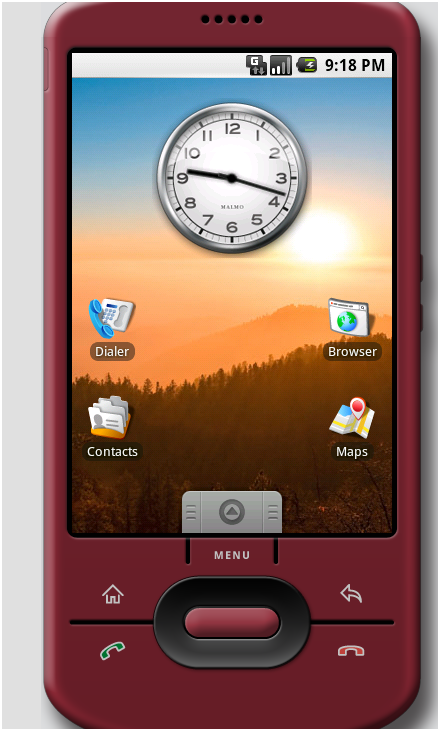 In this version we could already use widgets, it had the Google search bar included and the design laid a foundation that has been respected to date. 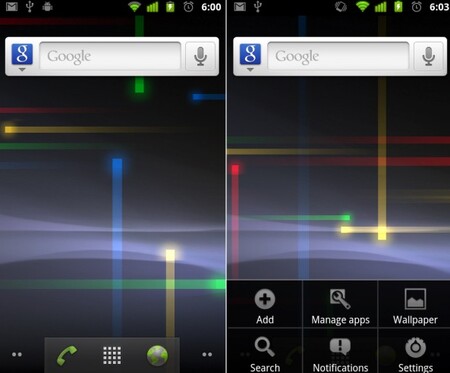 Android 2 was alive for two years, with the Eclair, Froyo, and Gingerbread versions. With these versions came major design changes. The interface was more refined, the notification bar began to get closer to what we have now, and the distribution of icons in the status bar was more uniform. 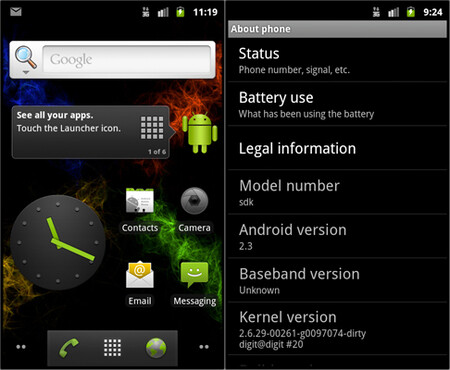 As usual, the interface in the Nexus was a clear example of what Google wanted to do at the design level, but with the popularization of Android in the big manufacturers, each one implemented its personalization layer, so it was difficult to see the design that we are showing you, belonging to the Nexus. 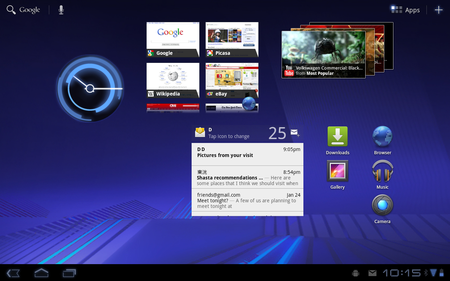 Android 3 is a version that will not exist in the minds of many users, since Honeycomb was born as an operating system for tablets. The Android 3 interface was not generalized on mobiles, since a few months later Android 4 arrived, oriented to phones. 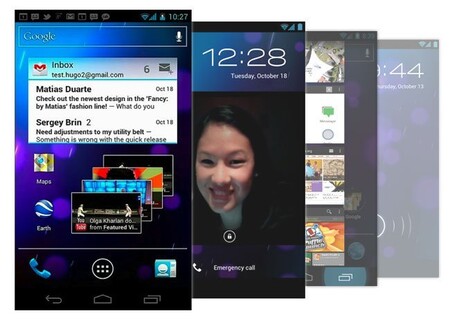 Android 4 had two major design stages: Ice Cream Sandwich and KitKat. With Android 4.0 ICS a big change came at the interface level and, for the first time, we had virtual keypad as standard. Blue accents predominated, the system distributed interface elements better to take advantage of the phone's resolution, etc.

With Android 4.0 came Google's Roboto font, specifically designed for reading on high resolution screens. In short, Android 4.0 was a great leap at the interface level compared to previous versions. 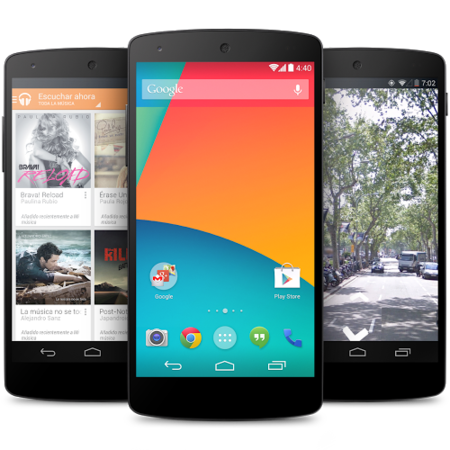 With KitKat 4.4 Android 4 reached its refinement. On an aesthetic level, the blue accent was changed to white, the virtual bar became transparent and small redesigns were made in settings and icons. It was not a revolution in design, but it did come to mature the design line that ICS introduced. 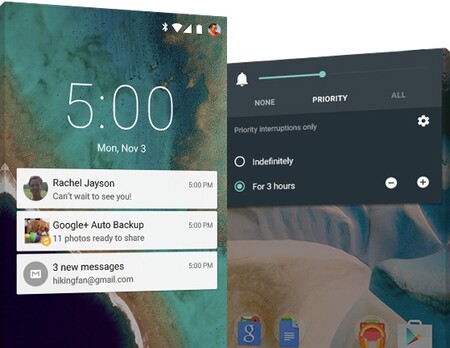 Android 5.0 Lollipop was the arrival of Material Design, design line that has accompanied us until the arrival of Android 12. With Lollipop there was a big change in all the elements of the system at the interface level, everything was redesigned with Material Design (flat and minimalist design), the color palette tended to a dark green / cyan and the apps adapted their accent colors in the notification bar.

With Lollipop, the black notification bar in applications is over. 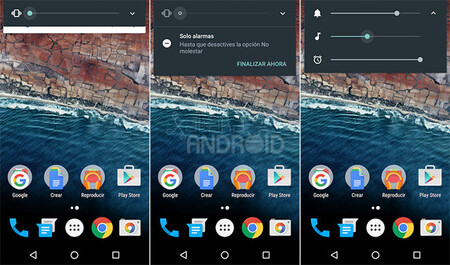 Android 6.0 Marshmallow did not mean hardly any change at the interface level, but it was a version aimed at improving the performance problems and bugs that Android 5.0 brought.

There were some small changes in lock screen and volume controls, which became more unified and simplified even more. Otherwise, there were hardly any variations at the UI level. 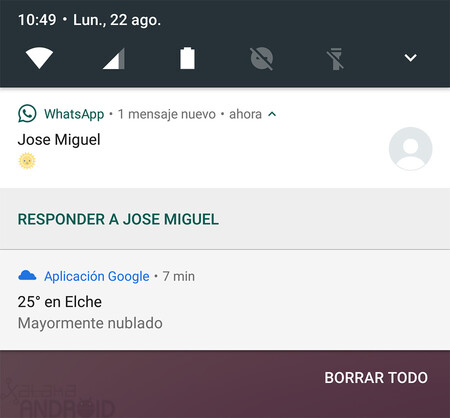 Android 7 was not a revolution at the design level either, but it brought important improvements in the notification bar. Along with this bar came a small quick settings bar that has evolved over time, but which was a good base compared to what we have today.

Following with the notifications, with Android 7 the grouped notifications finally arrived, so the interface grouped, for example, all WhatsApp messages, making notifications take up less space. In this version there was not even a redesign of icons or menus, so the notifications were the small leap at the design level. 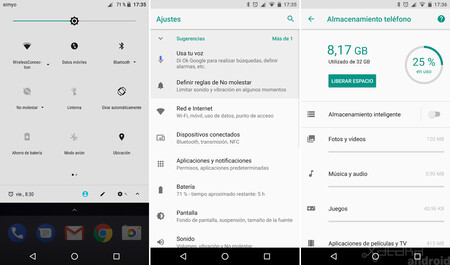 With Android 8 came a renewal at the level of settings and notifications. For the first time the notifications were colorful, adapting to the contents of the applications (for example, when playing a YouTube video, the notification was red). 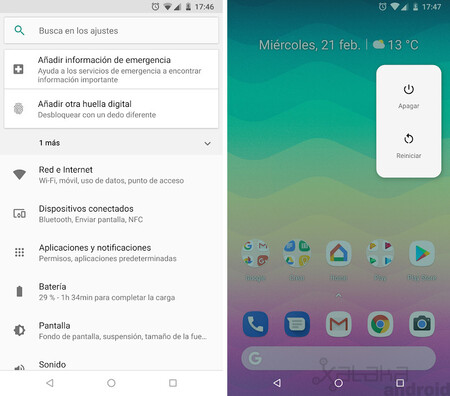 The settings were neater and cleaner and the notification bar were refined, as well as the design of the shutdown menu, animations and more. With Android 8, adaptive icons also came, in order to refine the interface and make the app icons more consistent. 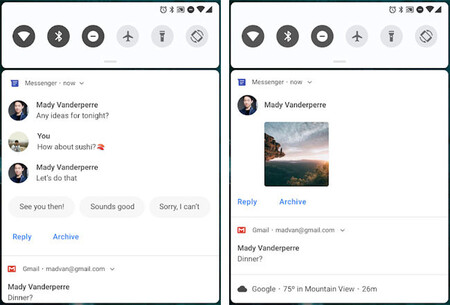 Android 9.0 was a good leap at the design level, replacing the three buttons with a small pill next to the back button: the first steps of gesture navigation. The launcher was deeply redesigned, with transparency in the doc and search bar and with somewhat cleaner icons.

The notification and settings bar also underwent a nice redesign, including images within it for the first time, in order to have a more complete preview of the messages they sent us. 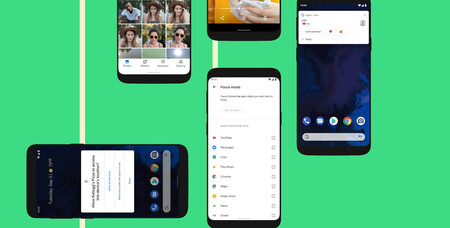 The biggest change that Android 10 brought to the design level it was the expected dark mode how fashionable it has become in recent years. Adapt an interface that, for the last few years, was following a white and light palette to the opposite. For the rest, Android 10 was quite continuous and did not introduce major changes at the design level. 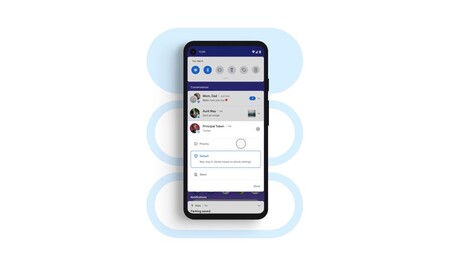 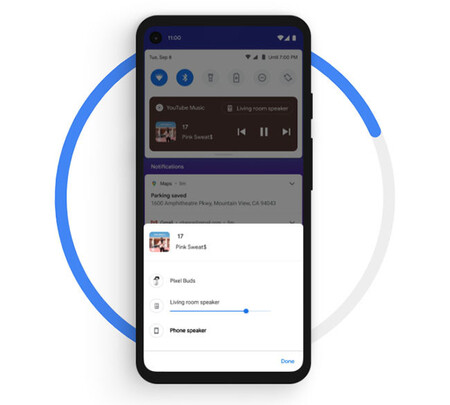 It also changed the interface of the multimedia controls, which now integrate better with the quick settings and provide quite visual information about the content we are playing. In short, although Android 11 followed the bases that had been seen since Android 9.0, it involved the refinement of the UI elements that had room for improvement. 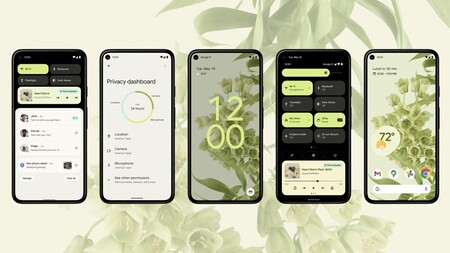 Android 12 is the latest version of Android and is goodbye to Material Design in pursuit of Material You, the new design line for Google products. Here cousin that the interface is more responsive, with pastel tones that adapt to wallpapers, a general rounding of interface elements and more accessible icons.

With this new version of Android we will continue with elements such as the launcher inspired by previous versions, but menus, panels, lock screen and other general elements of the system will undergo important changes. This will be the basis to follow in future versions of Android, which will refine this Material You design line.