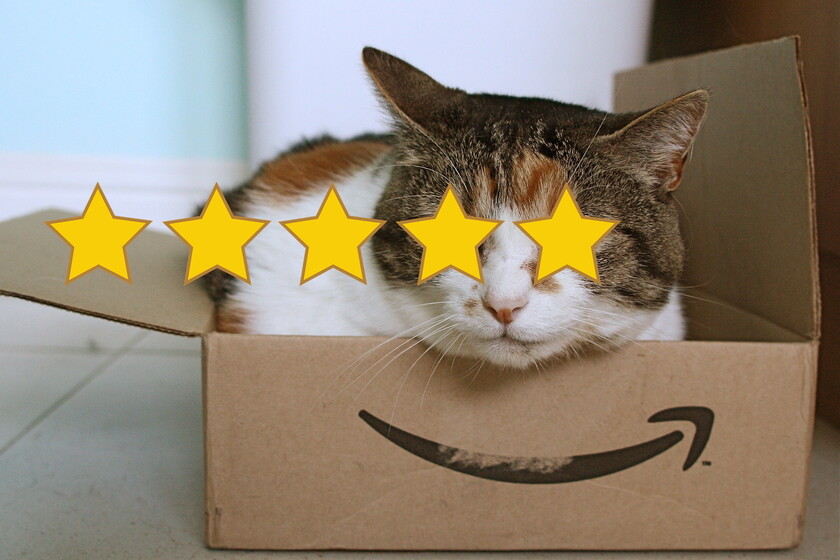 Yesterday we echoed the scandal revealed by Safety Dectives around a plot to buy fake reviews at Amazon, which involved at least 200,000 users and an undetermined number of providers.

This clearly violates Amazon's strict terms of use, which prohibit offering refunds and discounts in exchange for reviewing, to avoid that they reflect only the interests of the provider.

The information that has been coming to light in the last hours shows that most of the suppliers involved were Chinese companies that, for now at least, have seen their catalogs removed from the e-commerce platform.

Thus, among the recently disappeared from the platform we can find popular device makers like Mpow or Aukey. Amazon has refused to comment on specific brands and has only issued generic statements about its constant efforts to protect its users "from those who threaten their experience in our store."

Gift cards in exchange for a screenshot

But they have also been getting to know each other new details on how these shady brands sought to 'incentivize' positive reviews ignoring Amazon policies. An example of this is provided by Corbin Davenport, technology journalist for XDA-Developers, who has shown on Twitter a card you received with an Aukey product, on which They promised him a $ 100 gift card in exchange for an "honest review."... 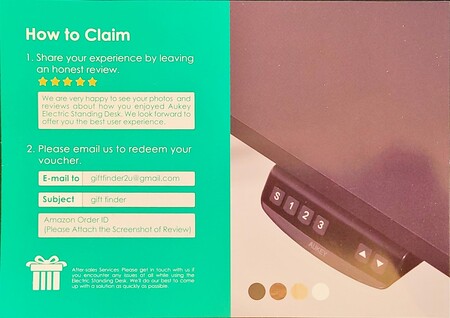 ... to show "how much you enjoyed your Aukey Electric Standing Desk". To achieve it, I only had to email your submission identification number along with a screenshot of the review in question.

The messages intercepted by Safety Detectives showed instructions from the providers so that the review authors did not draw the attention of the algorithms and moderators of Amazon.

It is true that the card does not specifically request a 5-star review (although it is subtly hinted at by displaying their symbol), but it is still a violation of Amazon policy.

These kinds of bad practices are not new, and they cannot be expected to disappear now. just because now a database has been leaked. That certainty is what has motivated the appearance of tools such as Fakespot or ReviewMeta, which help Amazon buyers to detect fake reviews.

Image | Based on original by Stephen Woods