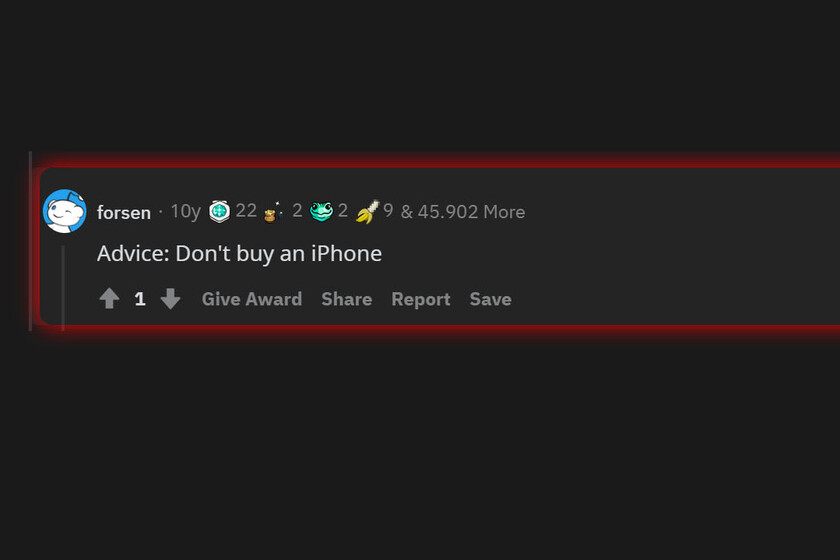 The year was 2011 when some random guy named "forsen" went to the r / funny subrredit to leave a comment. In a thread where they talk about something supposedly funny (no idea) related to pans, forsen wrote "Tip: Don't buy an iPhone" responding to someone who had an "interesting" experience with the autocorrect.

The comment has a single upvoteI mean, no one cared enough to pay attention to him at the time. But wait a minute the comment today has almost 46,000 awards, making it the most awarded comment in Reddit history. How did this happen? The story behind it is Internet culture 2021 at its finest.

The power of streamers and their committed fans 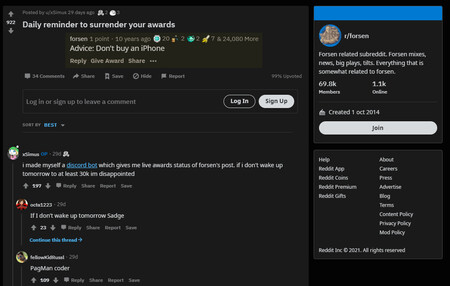 May the name forsen Familiar or unfamiliar, most likely not, on this side of the world at least. But that forsen from the comment on Reddit, is the same forsen as He has 1.5 million followers on Twitch and that he became famous long after he wrote that tip on Reddit..

The comment was written even before the awards existed on Reddit. But, forsen fans who have their own subreedit, agreed to carry out what is basically a trolling to Reddit and then to ... Apple.

It all started two months ago, when the followers of forsen began a campaign to remove the record for the post with the most awards on Reddit, and with the little that he has used forsen his account on that social network, they came up with this comment from 10 years ago and began to throw awards. 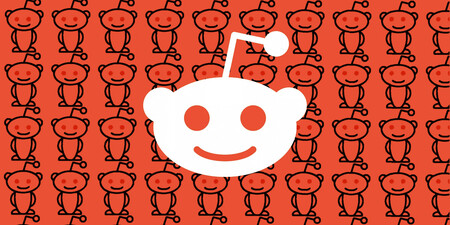 Even if on Reddit prizes are something that costs real money to the users who deliver them, whoever receives them does not really earn anything, except an ornament in their post or comment. Although most of the prizes on this record are of the free variety that Reddit gives you from time to time, this is not to say that a lot of people did spend money on this utter nonsense.

Either way, the comment broke the record a month ago, passing 15,000 awards, but forsen fans have continued in their unstoppable fight to raise the number and have constant reminders on the streamer's subreddit to keep giving more. And this is how "do not buy an iPhone" is about to reach 46,000 awards and counting.

An irrelevant comment, taken from the graveyard of a post from a decade ago because its creator became famous on Twitch years later, and it has fans with a lot of free time.